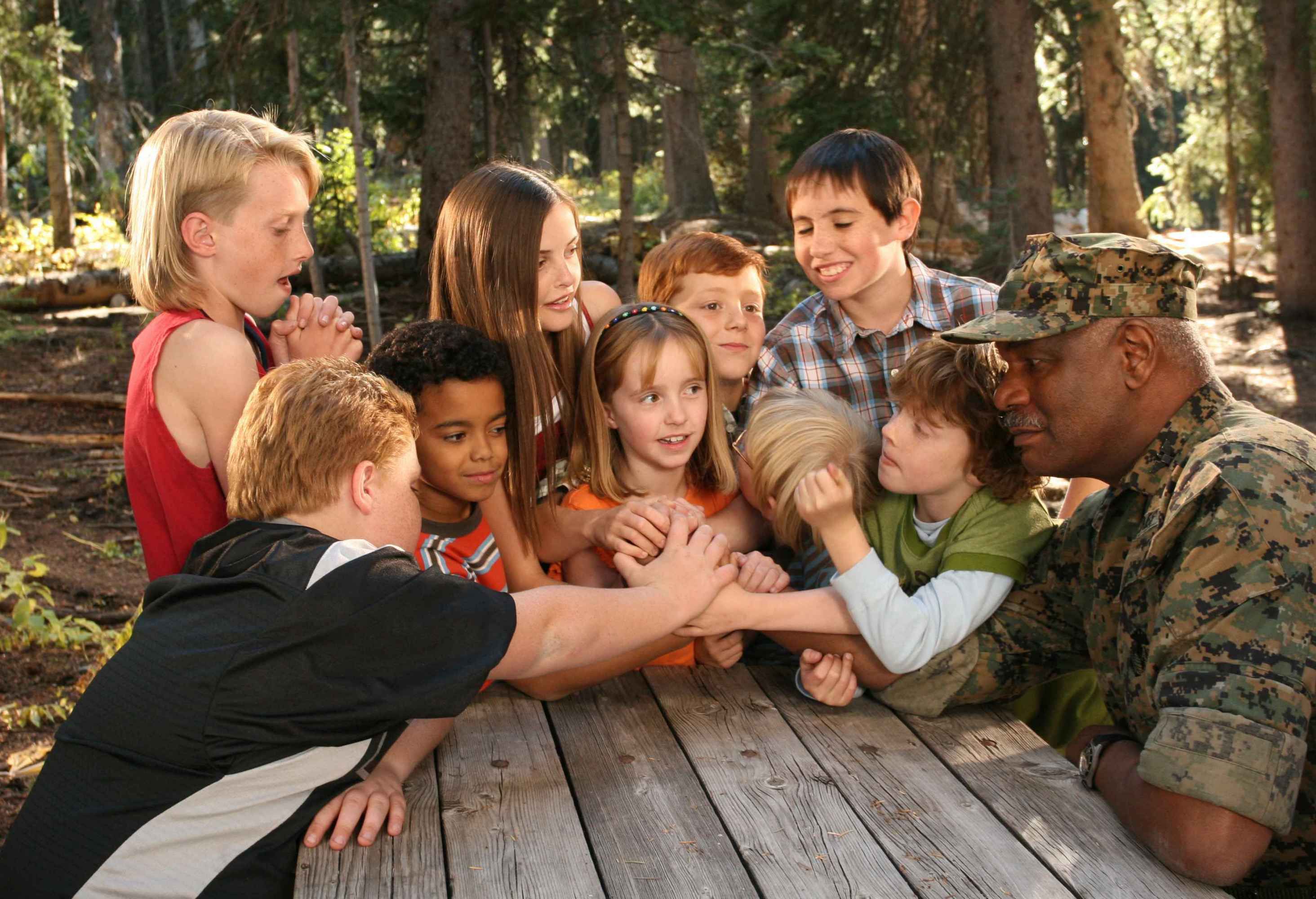 Cuba Gooding Jr. is an easier punching bag than Jon Voight, though it’s strange that more people haven’t come to terms with the fact that his movies were just as abhorrent before he won the Academy Award. For Daddy Day Camp, this ingratiating performer reprises his Norbit co-star Eddie Murphy’s role from the innocuous Daddy Day Care. This time the arena is that of snakes, spiders, and wedgies (not to mention obviously fake skunks), with Fred Savage behind the camera and the obstacle of gender equality replaced with the spectacle of fathers and sons working out their issues through dubious shows of shock jockery. Though the Dr. Phil jokes are still the same, the children are no longer funny, resembling their parents in the same way pets take after their owners. After Charlie (Gooding) and his buddy Phil (Paul Rae, standing in for Jeff Garlin), take over a ghetto day camp where Charlie was once humiliated by the Cro Magnon who now runs the adjacent camp, attendance plummets after a nightmare first day that includes a bus crash and a methane gas explosion that supposes grown men take dumps without removing their underwear. The minstrelsy of Gooding’s performance is abhorrent but no more offensive than the showboating that won him the Oscar. He’s all bulging eyes and flailing limbs, though he is ultimately no match for Lochlyn Munro, an actor few know by name but many will recognize from his perpetually bared teeth. We should probably be thankful there isn’t a scene in the movie where Munro gets a hold of Gooding through a glory hole.