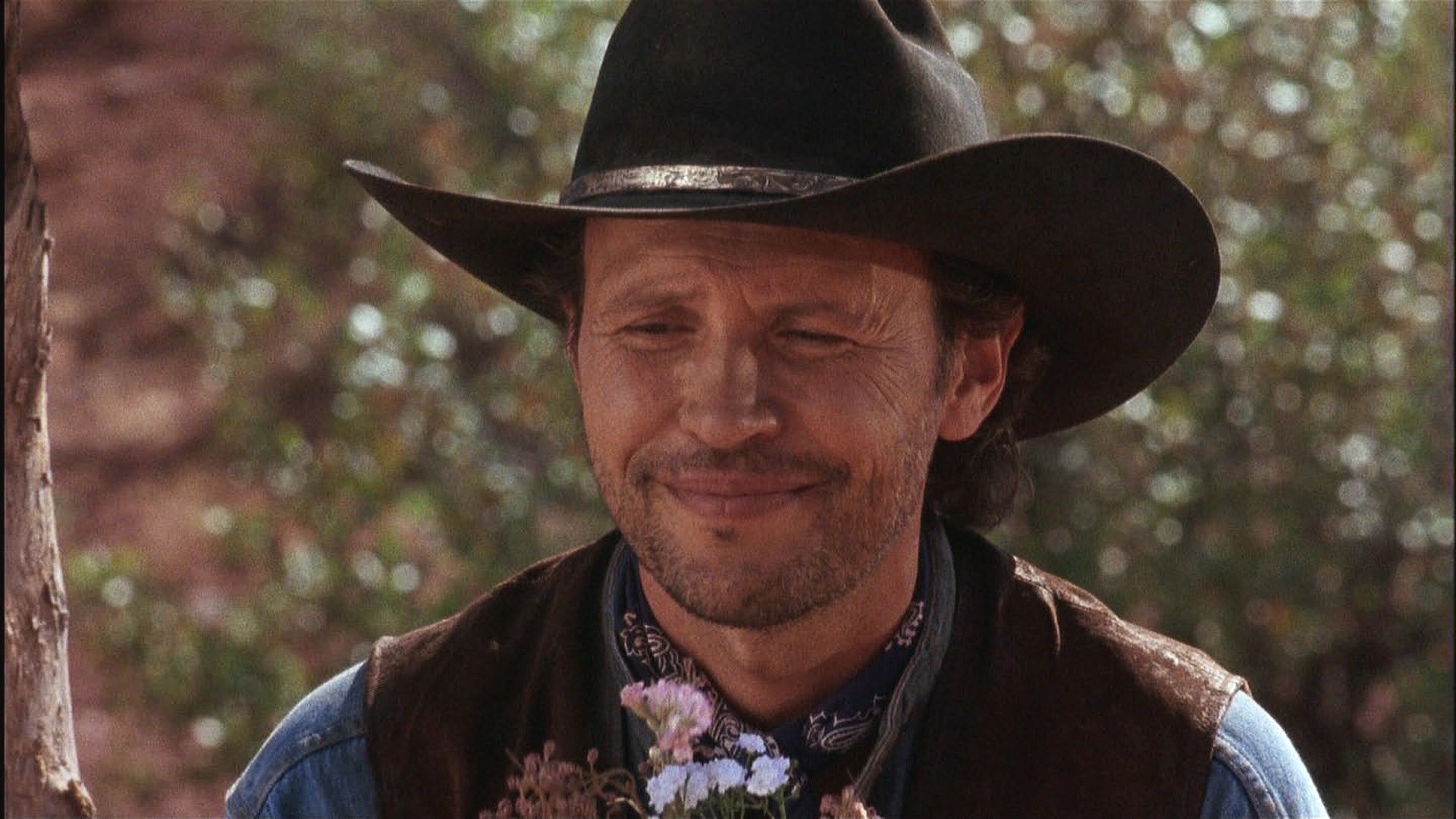 At a moment when Hollywood’s cinematic sons went looking for loving fathers (in Wall Street, Dead Poets Society, Terminator 2, anything directed by Steven Spielberg), City Slickers took the trend, combined it with the western, and produced a comedy that was and is ambitious and counterintuitive; for starters, not many films are named after their story’s most derogatory phrase. Billy Crystal is terrific as Mitch Robbins, the career New Yorker who runs into middle-age like a bird flying into a windowpane. He is carted off to New Mexico by his two closest friends (Daniel Stern and Bruno Kirby) to join in a cattle drive—and, as Robbins’s wife (Patricia Wettig) puts it, to find his smile. Fathers and fatherhood quickly become the only points up for discussion, revolving heavily around baseball, as in the previous year’s ultimate son-finding-a-father weepie, Field of Dreams. Unsurprisingly for the recent one-day Yankee Crystal (though perhaps contrary to his Mets-cap wearing character), Mickey Mantle is held up as a heroic ideal. The Yankees legend takes his place alongside the drive’s grizzled trail boss Curly (Jack Palance), alternately “the toughest man I have ever seen in my life,” “one of the last real men” and “a dying breed.”

What ultimately makes City Slickers more than a dude-ranch version of the first hour of Deliverance is its ability to make fun of itself. Besides it’s lasting quotability (“I’ve got some sort of rash from making in the bushes”), its cast of tourists unexpectedly placed in a real situation becomes under director Ron Underwood’s guidance ripe material for a quick laugh. Robbins and his friends are joined on their adventure by a lovable pair of ice cream magnates, a Baltimore dentist-cineaste and his son, and a single woman (Helen Slater, who takes the baton from Wettig in a film that seemingly can only have one woman on screen at a time). The group’s ungraceful education in the mystique and nonchalance of the mythical Old West is a marvelous reversal of the classic films writers Lowell Ganz and Babaloo Mandel and director Ron Underwood so clearly enjoy: Red River, The Cowboys, My Darling Clementine, and the television shows Bonanza and Rawhide—both almost unavoidably referenced in the film.

A familiar face from some of those films, Palance delivers a quietly varied performance that ties these references into a neatly packaged parody, and in so doing becomes the film’s unexpected star. Equally self-reflective and enjoyable is the score by Marc Shaiman and Thomas Richard Sharp that cuts a sweeping western theme into the waltz and college-sports tunes that color the film’s animated title sequence and then throughout its more comic set pieces—not even cutting out entirely during Crystal and company’s rendition of the Bonanza theme song. Rather, like the film itself, it beautifully accents Crystal’s high notes.