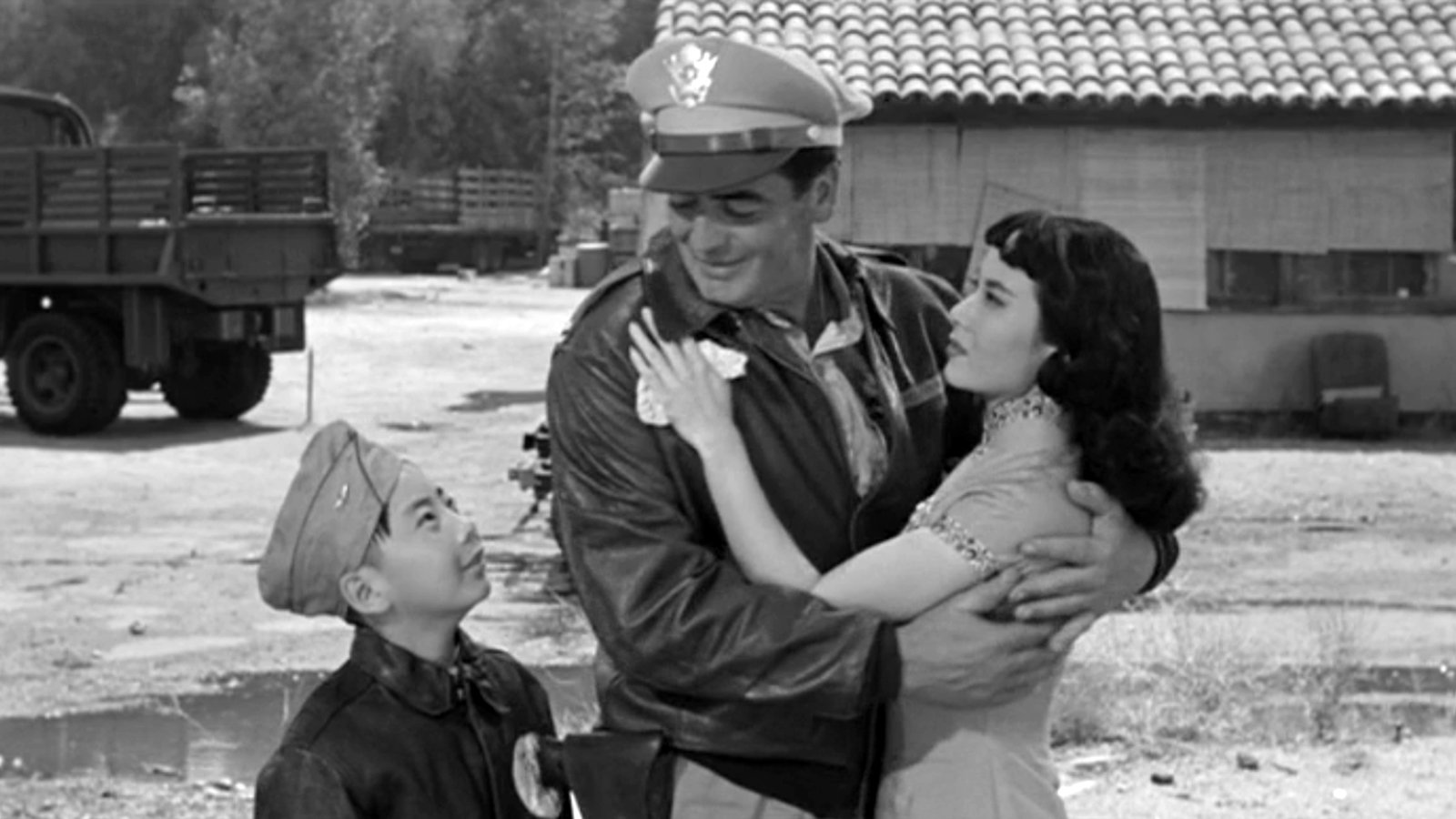 After a 10-year absence from filmmaking, Frank Borzage returned for one final summation of his themes, China Doll (though he went on to one further, hopeless Lloyd C. Douglas adaptation, The Big Fisherman, and the aborted L’Atlantide, which was taken up by Edgar G. Ulmer). Scary-eyed hunk Victor Mature plays Brandon, a hard-drinking fighter pilot who finds himself stuck with the services of the impoverished Shu-Jen (Li Hua Li) after he drunkenly gives her father some money. Gradually, Brandon grows to love the girl’s selfless devotion, and we feel, through observing her face, that she starts to trust him (Shu-Jen can barely speak English).

Some obsessive tropes from Borzage’s earlier movies are repeated: When Brandon is stricken with malaria, Shu-Jen climbs on top of him and warms him with her body, just as Mary Duncan does for Charles Farrell in The River. But Mature and Li are somewhat different from Borzage’s early-1930s archetypes; Mature is a tough bruiser, which is why it’s so moving when he opens up to love. Li, who was a big star in the Chinese cinema of the time, seems much stronger physically than Borzage’s earlier waifish heroines; she has a rigid posture, but we see her vulnerability in her eyes. Borzage pays rapt attention to Li in her close-ups, so that even a moment that might have been corny, such as when she tearfully salutes Brandon’s plane, becomes something pure and heartfelt. The simple story might have been a sticky, racist mess in some other director’s hands, but Borzage bypasses potential East-meets-West crudities with his concentration on the characters’ spiritual struggle and basic solitude.

China Doll is a delicate, spare, old man’s movie, with quiet attention to character detail (even Ward Bond’s priest is sensitive and thoughtful). There’s a melancholy, pessimistic slant to the dialogue that isn’t lingered over; the movements of the actors and the compositions are so stylized and presentational that it almost feels, at magical times, like a silent film. The ending is surprisingly violent, even brutal, but in a brief coda, Borzage observes the regeneration of beauty in the couple’s child, even as he has shown the lover’s bond and their kindness viciously wiped out by war: This director has no more hopes of a lover’s seventh heaven lasting for long in a post-atomic age. China Doll is Borzage’s last testament, and you can feel his tender presence in every frame.