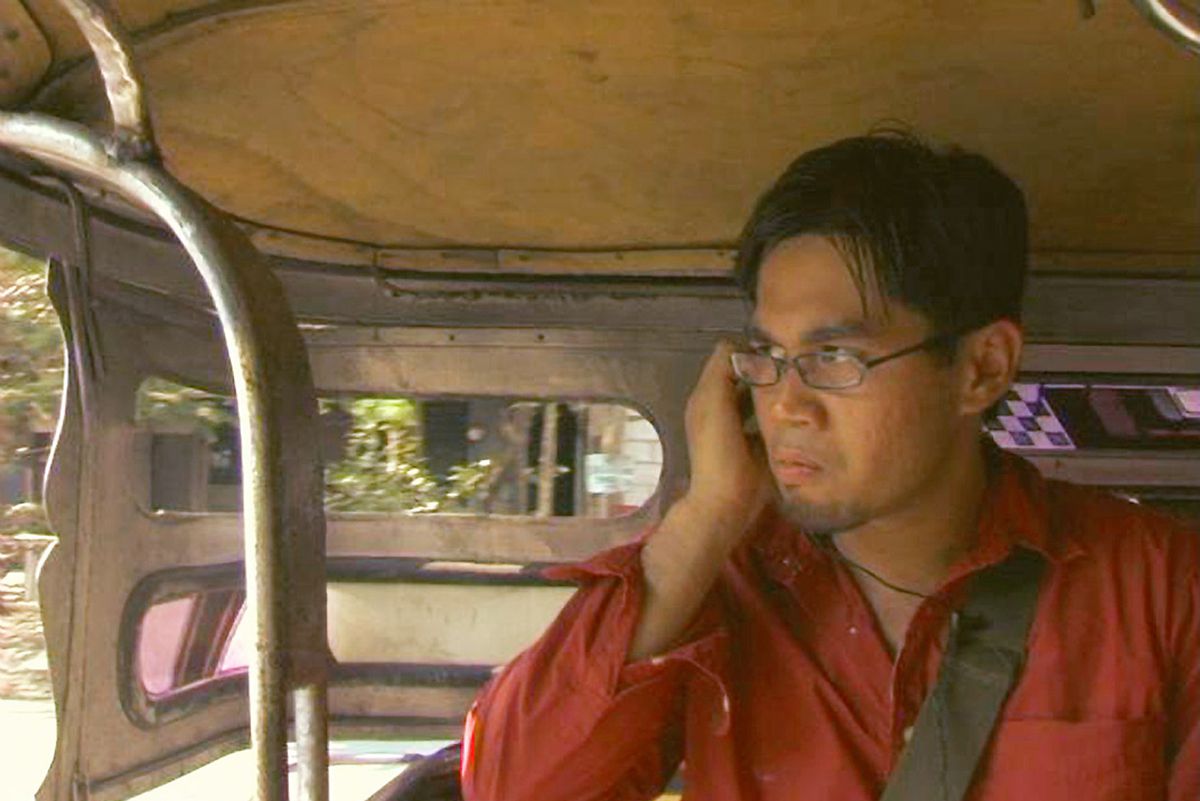 “I can’t help the way I feel,” says Dana (Dominique Gonzalez) to her boyfriend Adam (Ian Gamazon) toward the end of Cavite, explaining why she can’t raise a baby that’s Muslim. But what is she really trying to justify here, the abortion she tells Adam she’s going to have right before he leaves for the Philippines or the film’s botched socio-political import? The film suggests Jennifer Connelly’s snorri-cam puke scene from Requiem for a Dream stretched out to 80 minutes; it’s an impressively sustained feeling, and there’s some interest in seeing how it all pans out, but the journey isn’t exactly pleasant, which would be all right if it were at all resonant. It’s outside the Manila Ninoy Aquino Airport that Adam receives a call from a stranger who tells him he’s kidnapped his mother and sister and that he’ll kill them if Adam doesn’t do exactly what he says. Like a sweaty, greased-up pig, Adam is dragged through the dingiest locales of the Philippines; along the way, the audience picks up context about Adam’s life until it’s revealed that he’s about to be involved in a terrorist attack. Implicit in this ping-ponging, music-engulfed journey through the slums of his motherland is a critique of globalism—the only thing that shines in the grungy DV landscape of the film is McDonald’s’s golden arches—but unlike Phone Booth, a brazen satire to which directors Gamazon and Neill Dela Llana aspire, Cavite’s against-his-will provocation not only lacks ground but feels misdirected. The terrorist attack Larry Cohen concocted for the Joel Schumacher film was aimed at its lead character’s sense of privilege, and by extension our own. But unlike Colin Farrell’s guttersniping flack, you never get a sense that Adam, a security guard from San Diego, deserves any of his fag-baiting tormenter’s scorn. He’s targeted not only because of his recently deceased father’s betrayals but also because he’s disconnected from his Muslim faith. Like a disembodied, emptier version of Paradise Now, Cavite posits a wake-up call without ever really embodying what its lead character is waking from.