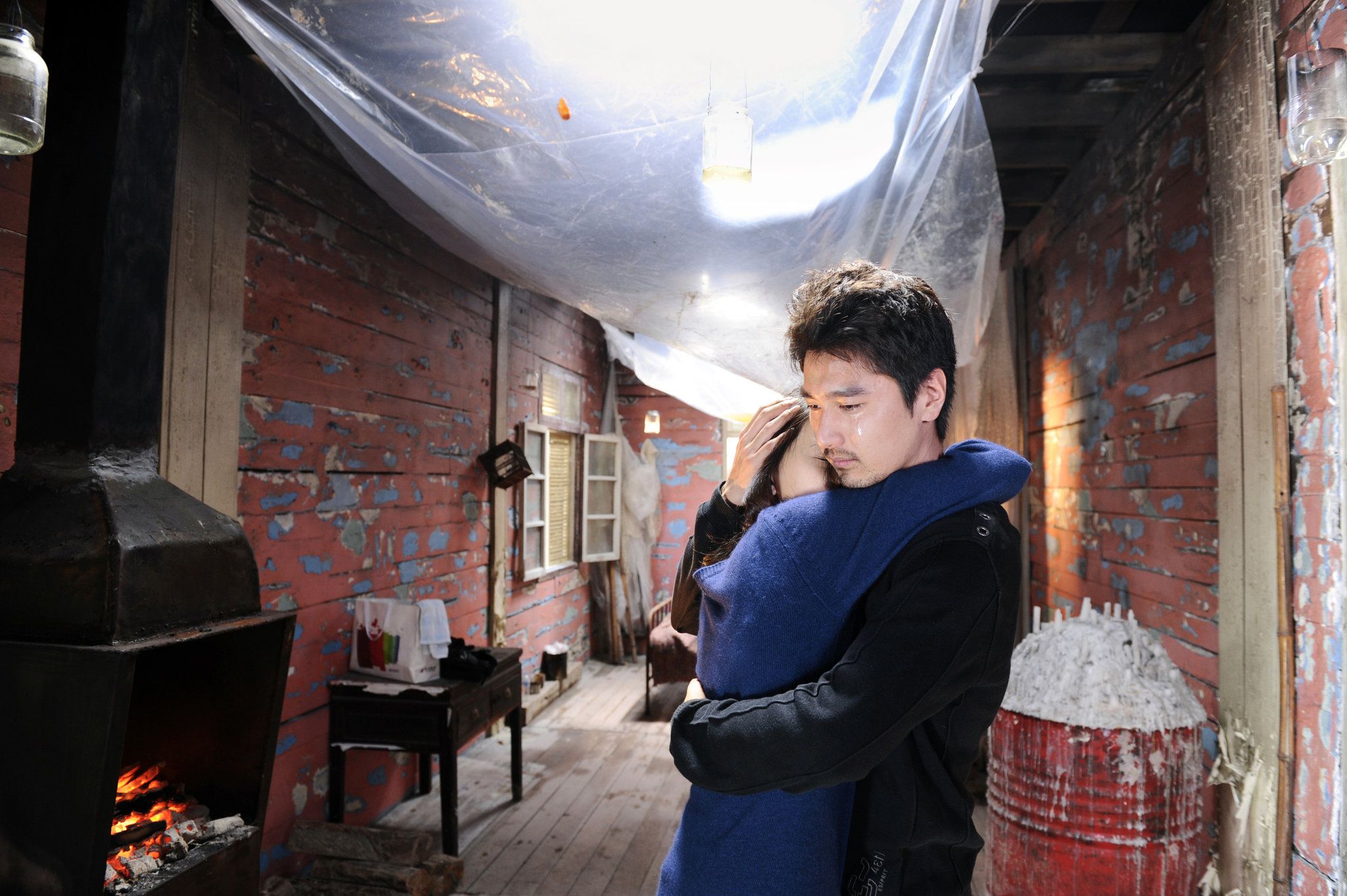 A testy wife confronts her CEO husband about a possible affair with his secretary in an early sequence from Chen Kaige’s Caught in the Web, and their ensuing argument is intercut with news footage documenting public outcry over a video clip in which the same secretary publicly shames an elderly man on a bus. One woman is at the core of both conflicts, but she’s been given no platform to defend herself against the various allegations flung at her. She is, per the film’s title, “caught” in the role of scapegoat despite her relative anonymity (she has mysteriously vacated her position as secretary; the media refers to her only as “Sunglasses Girl”). This exhilarating cross-cutting sequence showcases the paradox at the core of Ye Lanqui (Yuanyuan Gao) and her dilemma: She’s simultaneously the agent of an entire film’s worth of zany, outlandish action, but also a nonentity, lacking the agendas others impose upon her and disappearing before the audience’s eyes.

Unfortunately, Caught in the Web ultimately has little in common with its beleaguered protagonist, and opts for didactic resolution instead of fully committing to the contradictions in identity and agency she embodies. The bus incident, in which Ye refuses to give up her seat to an elderly man, and then mockingly suggests he sit on her lap when the other commuters grow increasingly indignant, functions as a catalyst for action and also the connecting tissue between Caught in the Web’s bevy of side characters, most of whom have it out for Ye in one way or another. Chen mines plenty of drama by essentially pitting the viewer against these outraged parties as they make a pariah out of Ye. She earns the audience’s sympathy early on, receiving a shocking terminal-cancer diagnosis just minutes before the bus incident, which places her aloof behavior in an entirely different light; she doesn’t seem rude so much as shellshocked, so absorbed in her own mortal fear she can’t even hear the commuters’ demands. That she refuses to disclose her diagnosis to anyone, for no discernible reason other than masochism, complicates her martyr status a bit, but her aimlessness and shock are compelling, and effectively conveyed by Gao.

Chen’s strategy of frenetic editing both within and between scenes, and the self-conscious efforts to capture a kind of social-media zeitgeist (even the opening credits are displayed as search-engine queries) give Caught in the Web a distinctly wild energy, but at the expense of subtlety or even comprehensibility. Similarly, the focus on multiple characters and narrative detours hurts and helps the film in equal proportion. Through various romantic entanglements, business exchanges, and absurdist action sequences, Chen crafts a surprisingly dense and watchable portrait of modern urban China, but the plot grows too convoluted to maintain audience investment, and as a result, the attempts at poignancy and social critique in its final moments simply don’t land.

The didacticism of Caught In The Web’s conclusion also seems at odds with the rest of the film, positing Ye as untouchable in her martyrdom when in fact her actions and Gao’s performance suggest a confused, inherently likeable, but also tangibly flawed woman who functions as a compelling audience surrogate. Ultimately, the film tries to sell some half-baked answers to the questions raised by its premise and protagonist, but that doesn’t make the questions themselves any less worth investigating. The film is hardly a success, but as failures go, it’s undeniably an intriguing one.