Intended, it seems, as a sharp political satire, Butter achieves something a little sloppier and harder to pin down. The story is relatively simple: Jennifer Garner plays Laura Pickler, a disturbingly determined woman (think Tracy Flick as a Tea Party housewife) bent on securing her husband’s 15-year streak as winner of the Iowa State Fair butter-carving championship after he’s asked to retire. Her maniacal desire to succeed is complicated when a 10-year-old black orphan too appropriately named Destiny (Yara Shahidi), a prodigious butter carver, decides to enter the contest as well.

Competently, if blandly, directed by Jim Field Smith and written by Jason Micallef at the height of the 2008 U.S. presidential race, it’s obvious to see the allusions to the once strong national fascination with Sarah Palin and the “messiah-like” rise of Barack Obama. In this case, Obama comes in the form of a little black girl with a heart of gold, taken in by a foster couple she describes as the “whitest people ever” (the appropriately cast Rob Corddry and Alicia Silverstone). She has striking looks, masterful oratory skills, a dignified and graceful bearing that’s a little disconcerting on someone so young. Garner, on the other hand, gnaws on the scenery as an impeccably dressed housewife who’s genial and God-fearing and says things like “Screw that little Afro-girl” and “I’m sorry I was born white and tall and pretty” without even a hint of irony.

It’s Butter’s unwillingness to deal with the sometimes hilarious and often problematic things its characters say and do that also stands as one of its ultimate failings. Race, as much as politics, forms a constant hum just beneath the visual din of bizarre butter sculptures based on Schindler’s List and The Passion of the Christ. While reminiscent of comedies like Election and Thank You for Smoking, the film is less sure-footed in its approach to its obvious underlying subject matter, constantly hesitating at the precipice of the truly critical or subversive. It’s unclear if the filmmakers were unwilling or simply unequipped to actually take the leap.

The film doesn’t know if it wants to be a darkly humorous social commentary or a heartwarming tale of hard work and the triumph of the human spirit. Ultimately, what seems to be an attempt to expose the absurdity of politics through the absurdity of butter carving gets bogged down by formulaic tropes, saccharine sentimentality, and an alarming self-awareness; the actors seem to wink at the camera after every joke, ambling in and out of frame more as plot devices and contrivances than actual people. The tragedy in the film’s comedy is that, with the smallest of flourishes, it could possibly have been something great, a political satire for the post-9/11, post-Obama age. Instead, Butter serves up a story that’s as implausible as it is unsatisfying. 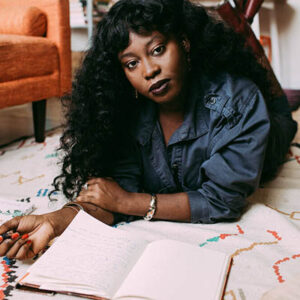 Zeba Blay is a culture and film critic born in Ghana and based in New York City.

Review: Something in the Air

Review: Memories Look at Me