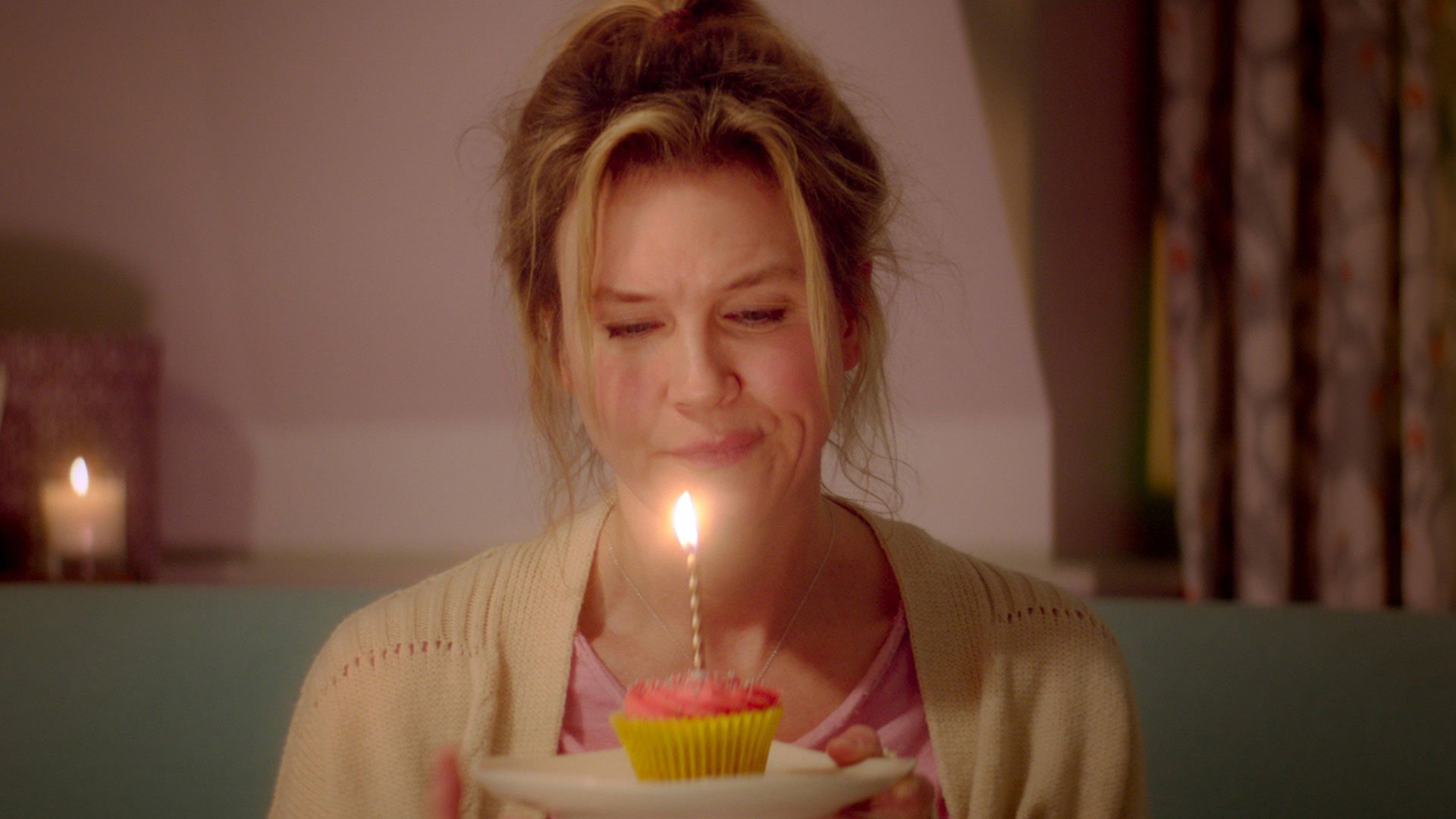 Thinner, perhaps, but arguably not wiser, Renée Zellweger’s Bridget Jones is back once again to wedge herself in between two complementary Mr. Rights and make an absolutely impossible time for herself. In Sharon Maguire’s Bridget Jones’s Baby, Bridget’s approaching her mid-40s, still having a go as a journalist in an increasingly clickbait-defined medium, still hopelessly single after having broken up with the quote-unquote dashing Mark Darcy (Colin Firth), still unable to find a way to remove Eric Carmen’s damned “All By Myself” from her iTunes playlist. Though at this point any rational friend would steer poor self-sabotaging Bridget toward a relationship therapist, the Pinkberry solipsism of this particular franchise all but requires our heroine to persist as a lovelorn martyr for her audience’s benefit.

Bridget’s failures in love and life serve much the same function as those humorously self-deprecating memes flooding Facebook news feeds everywhere. Bridget’s okay, you’re okay. You have to wonder, though, how long author Helen Fielding’s charade can hold up when Bridget’s world is so doggedly fixated on marriage and family as the only goal worth pursuing. If there was ever any fire in Bridget’s broadcasting game before now, that ship notably sailed long before the start of Bridget Jones’s Baby, which shows her phoning it in at work until the arrival of a hipster harem takes over her news department and threatens her livelihood.

You also have to wonder just how seriously Fielding takes the endless give-and-take of adult relationships when she consistently lapses back into the cheap “meh”-nage-a-trois love triangles that only stack two equally attractive options into columns of pros and cons, advancing only the thrill of the chase. Of course, having recalcitrantly slept with her ex Darcy within days of also drunkenly getting turned out by glamping stud Jack (Patrick Dempsey) at a music festival, she’s suddenly up the duff and too terrified of the amniocentesis needle to settle the question of who’s the father.

In other words, she can keep volleying back and forth between two supportive prospective mates indefinitely. What a sticky wicket, but at least her crisis is punctuated by a sonic backdrop of House of Pain’s “Jump Around,” McFadden & Whitehead’s “Ain’t No Stoppin’ Us Now,” and Dionne Warwick’s “Walk on By.” (Seriously, sometimes a single scene will shuffle through three, four pop song choruses with numbing literal-mindedness.) Bridget Jones’s Baby is less a film than it is a series of needle-drops, and should there be any pregnant women in the audience, would serve nicely as the counterpoint to the Mozart effect.