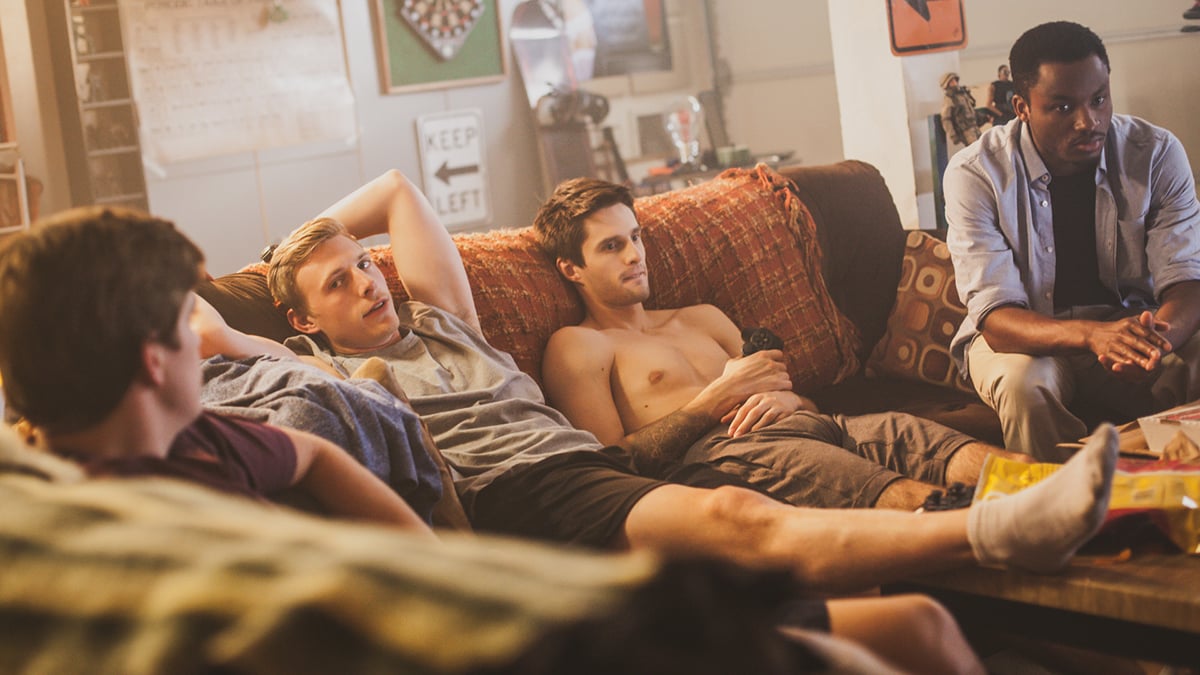 The Boys Life series has always been a little about wish fulfillment, not merely on behalf of the gay audience, but even more specifically the young gay aspiring filmmakers in the audience. In fact, L.T.R., the first segment of Boys Life 4: Four Play, uses a mockumentary format to put the audience into the P.O.V. of a thirtysomething gay filmmaker who is deigning to find a stable young gay couple to prove (perhaps to himself) that gay coupledom is possible. Perhaps the most interesting way that L.T.R. utilizes its own creative conceit is in the way it reveals the fake director’s presumptuousness in attempting to find a archetypal L.T.R. in the space of a mere few weeks as symptomatic of many a romantic mistake made by young lovers upon first infatuation. For all its (intentionally) maladroit performances and ultimately skeptical conclusions about love that burns quick, L.T.R. is the only film in the line-up that affords a sense of humor about the dating scene. From its light off-handedness, we’re dropped into the cold bath that is the opening O Beautiful. A teenage boy, naked from the waist down, has clearly been gay-bashed and left in a cornfield at night, bringing to mind the murder of Matthew Shepard. One of the teen’s attackers comes back to make sure that he’s not severely hurt but, evidently, the psychological wounds are more serious. Though he does himself no favors by bounding himself to a distracting split-screen device, director Alan Brown’s main road-block is that his scenario is defused through its connections with the Shepard incident, and dramatic leaps of faith (such as having the jock attacker sing America the Beautiful to counter the victim’s acknowledgement of his sexuality) usually end up on the losing side of audience sympathies. Bumping Heads, directed by project overseer Brian Slone, is at once the most technically accomplished piece of filmmaking here and the most dramatically simple-headed. A 30ish cynic and a 20ish fashion student meet cute by, you guessed it, bumping heads reaching for the same beer. For the third time in the anthology, romance falls by the wayside as misunderstandings and outside attachments close the book on romantic possibilities. So it is refreshing that This Car Up closes out the film. Another adventure in split-screen (this time split into quads, with the upper two standing in for the thoughts and daydreams of the two men below), Eric Mueller’s Minneapolis-set film is a story of two gays relying on fate to bring them together. Too coy by half, it still affords a glimpse into what seems like a successful match, which is a welcome sight after the three shorts that precede it.

Review: The Cat in the Hat