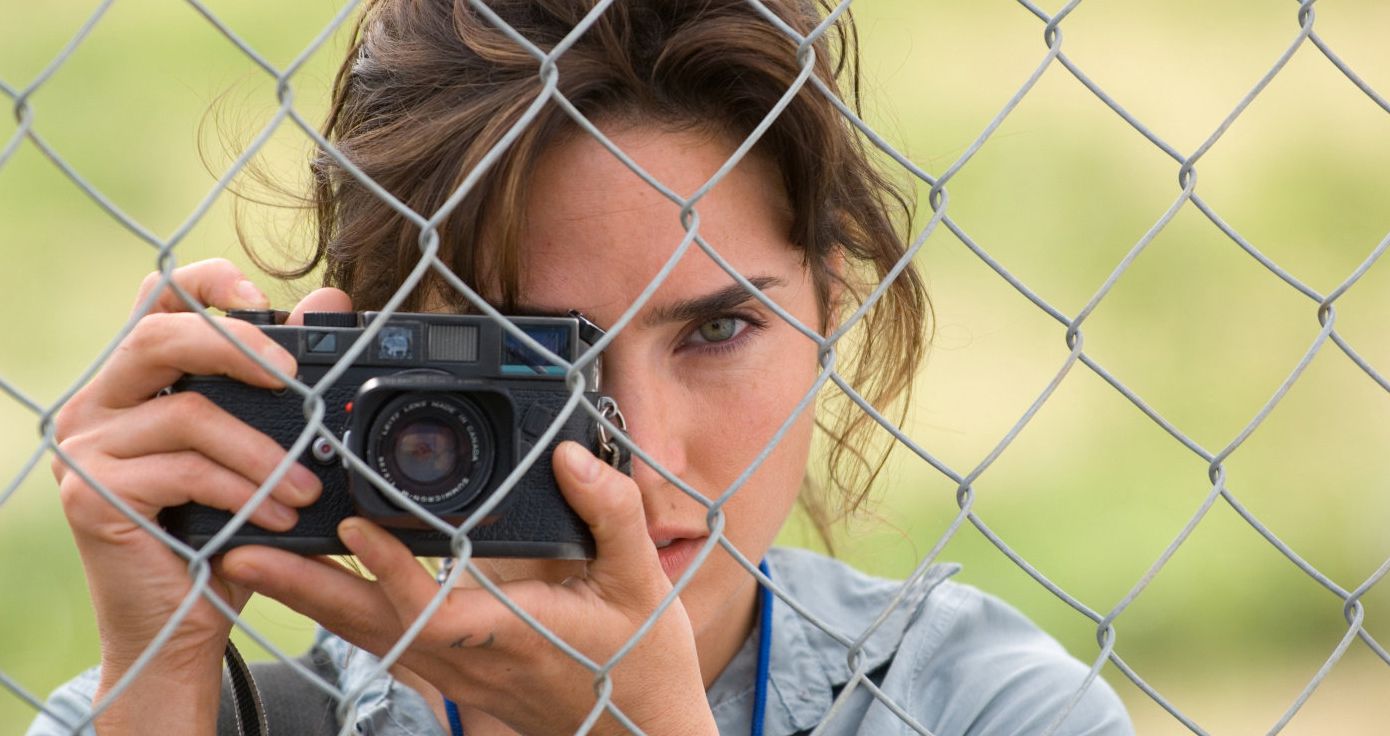 If it were made of paper and binding, Blood Diamond would be advertised on subways as the new novel by some hack writer most people would be ashamed to read. That’s the press it deserves, but this is a film by Edward Zwick, and as such it’s publicized on buildings, phone booths, and television, where it makes an impression on more people than it should. This “event” picture makes sense in this culture where going to the movies has become not unlike patronizing an arena sport. Big, stupid, and lumbering, Blood Diamond is another tasteless Hollywood travelogue set in deepest darkest Africa that feigns human rights concerns (as well as a pretense to reality), applauding itself whenever it can—and literally in its final scene. The film’s humility is less recognizable than its humanity.

The opening shot immediately announces Zwick’s white man’s burden: a shot of an African sunrise that’s become the norm for this sort of tripe since The Lion King, overzealously set to hakuna-matata music and prefaced with doom-and-gloom factoids that promise a Temple of Doom-ish thrill ride. The talented Djimon Hounsou, typecast again as a noble savage, stars as Solomon Vandy, a Mende fisherman who’s separated from his family in Sierra Leone and sent to work at a mining camp where he discovers a rare pink diamond that Leonardo DiCaprio’s dastardly Danny Archer wants to get his grubby paws on. Danny, naturally, finds his soft spot when he meets Maddy Bowen (Jennifer Connelly), an American reporter who questions his moral compass and helps Solomon reunite with his wife, daughters, and the son who’s been kidnapped and reprogrammed by the country’s boogie-man rebels, who are prone, like Solomon, to outbursts of anger meant to alarm the film’s white audience.

Like Zwick’s equally absurd The Last Samurai, this trumped-up melodrama, whenever bored of brandishing trite homilies about the links between civil war in Sierra Leone and the international diamond trade, overdoses the screen in sick splashes of violence. But worse than the story’s lip service to African crisis is its trash-paperback dialogue and its dubious charting of Danny’s moral evolution: First the man seems to turn over a new leaf not because of the horrors he sees around him but at the prospect of losing Connelly’s poontang, then his redemption is conceived, obliviously perhaps, by Zwick under the duress of a bullet wound, when it means close to nothing. This is a cop-out for a film that doesn’t understand the “bling-blang” ethos at the center of its saga as interestingly or thrillingly as Kanye West does in “Diamonds From Sierra Leone.” If West saw this film, would he say its condescension reveals a hatred for black people?

Caught Without a Pass: Catherine Hardwicke’s The Nativity Story