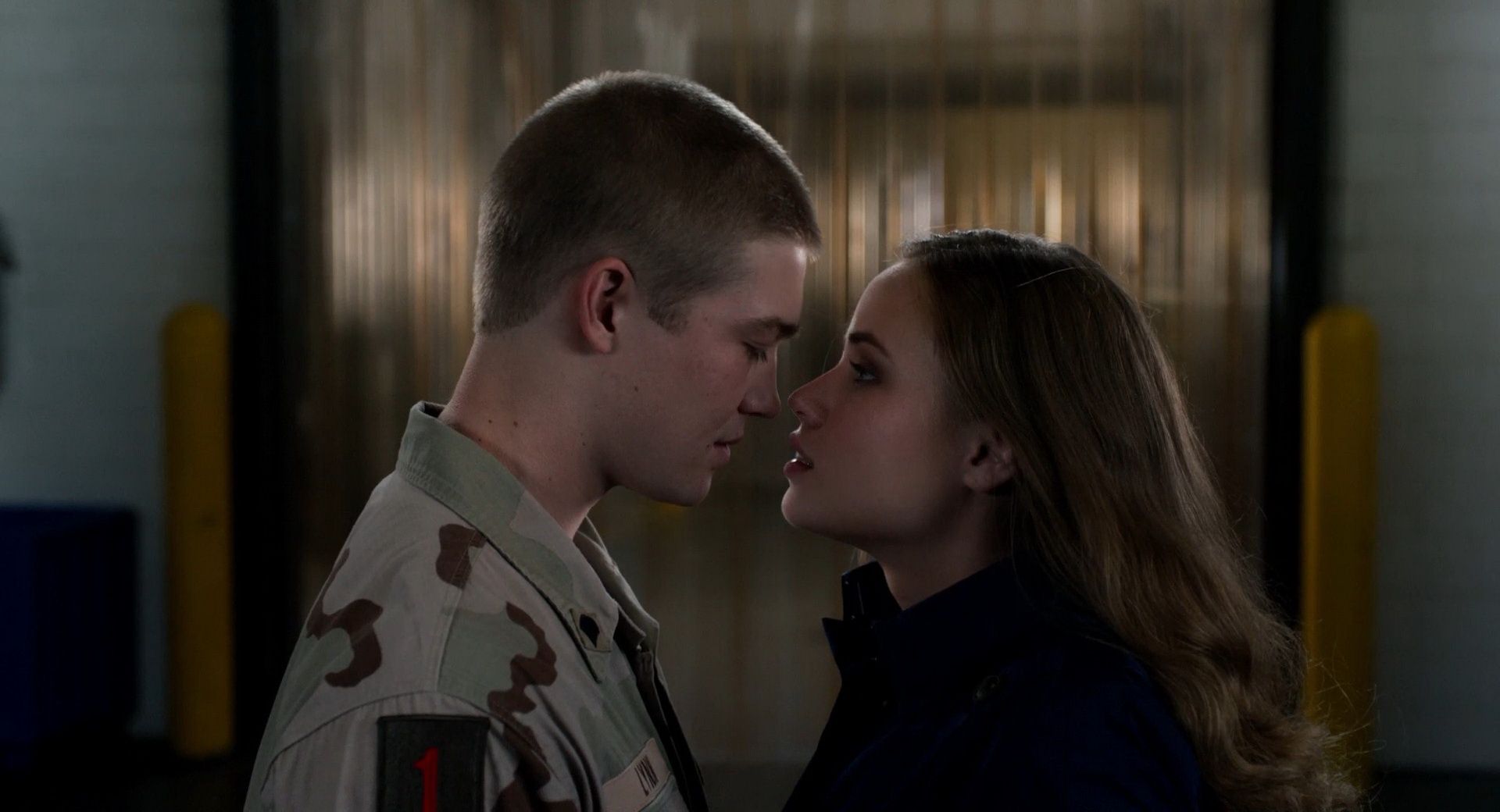 Billy Lynn (Joe Alwyn) isn’t sure whether he’s an unwitting or an unwilling hero, but he’s well aware of the irony of his celebrity. The 19-year-old infantryman is spending Thanksgiving of 2004 at a football game with his platoon; it’s the culminating event of a two-week “Victory Tour,” honoring the soldiers’ exploits in a battle with insurgents in Iraq, captured on video by an embedded reporter. That footage, which opens Billy Lynn’s Long Halftime Walk, shows Billy running to the aid of a fallen soldier and eviscerating a few terrorist enemies as his sergeant (Vin Diesel) bleeds to death. He and his platoon know that their sergeant’s death has been tweaked into a celebration of American might, and Billy—evidently overwhelmed by his 15 minutes in the spotlight—is increasingly bemused to find the government, media, and Hollywood producers eager to use his image to profit off an unpopular war.

Ang Lee’s adaptation of Ben Fountain’s satirical 2012 novel follows Billy as he’s led around a Texas football stadium in a daze. The surreality of his day is heightened by the techniques Lee has employed in order to transform the soldier’s low-grade anxiety into a cinematic spectacle. Billy Lynn’s Long Halftime Walk was shot in 3D at a resolution of 4K, and in its ideal venues the film will be projected at a speed of 120 frames per second, with an image 85% brighter than that of a standard film. The intended effect is one of complete immersion, though the ultimate impact will be familiar to anyone who’s arrived at a family member’s house on Christmas to find that they never turned the motion smoothing off on their HDTVs.

The hyper-clarity of John Toll’s images has its positive effects. Entire scenes transpire where the eye becomes fixed on minor physical details, like a vein under Billy’s eyeball or the razor burn of his commanding officer, Sergeant Dime (Garrett Hedlund). These mundane astonishments are offset by the consequences of the film’s harsh lighting and garish blocking. Locations look like dioramas, and characters appear as cardboard cutouts. Lee’s much-hyped technological gambit fosters an unusual, exciting intimacy between the viewer and individual performers, but the image seems to flatten whenever bodies are crowded together. Any temptation to reach into the screen is prompted less in thrall to the pull of virtual reality than by a desire to move props and bodies around to somehow conjure a more cohesive setting.

Some of the novel’s best aspects become the clumsy in the film, whose ungainly visuals are a fitting match for the unruly mixture of performance styles. Steve Martin seems to suffer through a clipped subplot as a snaky, glad-handing football team owner, while Chris Tucker bites his comedic tongue as a Hollywood agent attempting to parlay the Bravos’ experience into a film starring Hilary Swank. (This plot strand yields some unfortunate, self-serving speechifying about the lack of viability of contemporary war films.) Jean-Chrstophe Castelli faithfully recreates the free-associative insults and jocular patter of the Bravo crew, but Billy Lynn’s Long Halftime Walk privileges its more reserved performers. Hedlund is a standout as the dry, cynical platoon sergeant, but it’s Alwyn’s deer-in-headlights sincerity that keeps the film afloat. The tonal and visual instability of Lee’s film come into occasionally striking relief when the film stays tethered to Billy’s perspective.

The film depicts Billy, mild-mannered and deferential, just as he’s on the cusp of reckoning with the first extraordinary moments of his life. A set of flashbacks introduce his distant father and worried family, most prominently his sister, Kathryn (Kristen Stewart), scarred from a car accident and seeming to intuit Billy’s coming psychic reckoning; and more flashbacks recreate the battle that made him something like a star and something like a puppet for those with more craven or jingoistic aims. Billy struggles to cope with his experience because he’s being subsumed by more experiences. When the national anthem plays, he begins to cry, and his tears sparkle.

The rest of Billy’s day, and the film, is all whiplash: talking to athletes about killing terrorists, fighting with security guards, falling in love at first sight with a God-fearing cheerleader, Faison (Makenzie Leigh), and standing inches from Destiny’s Child (a recurring joke finds him only ever seeing Beyoncé from behind). All of these emotions and memories coalesce brilliantly in the film’s halftime show, a 10-minute sequence that singlehandedly justifies Lee’s otherwise balky visual conceit, conjuring the headspace of a battle-wounded soldier in the midst of a gaudy American spectacle.

The dizzying societal critique of the novel is somewhat diminished by the tacky environs of the film, with its fictitious professional sports teams and corporate branding. Castelli’s shallow mode of adaptation, which blunts the impact of every supporting character in an effort to squeeze them all into a two-hour film, adds to Billy’s sense of ambient chaos. Despite this, the film captures with resonance the plight of the American grunt: as part of a unit, he’s an esteemed member of an untouchable organization; as an individual, he’s disposable and quick to be forgotten and neglected. The choppy, surreal visual experience of Lee’s film does, at least, manage to flip that equation. It does astounding work animating the mind of its young soldier, but it runs into technical difficulties whenever it tries to grasp the bigger picture.