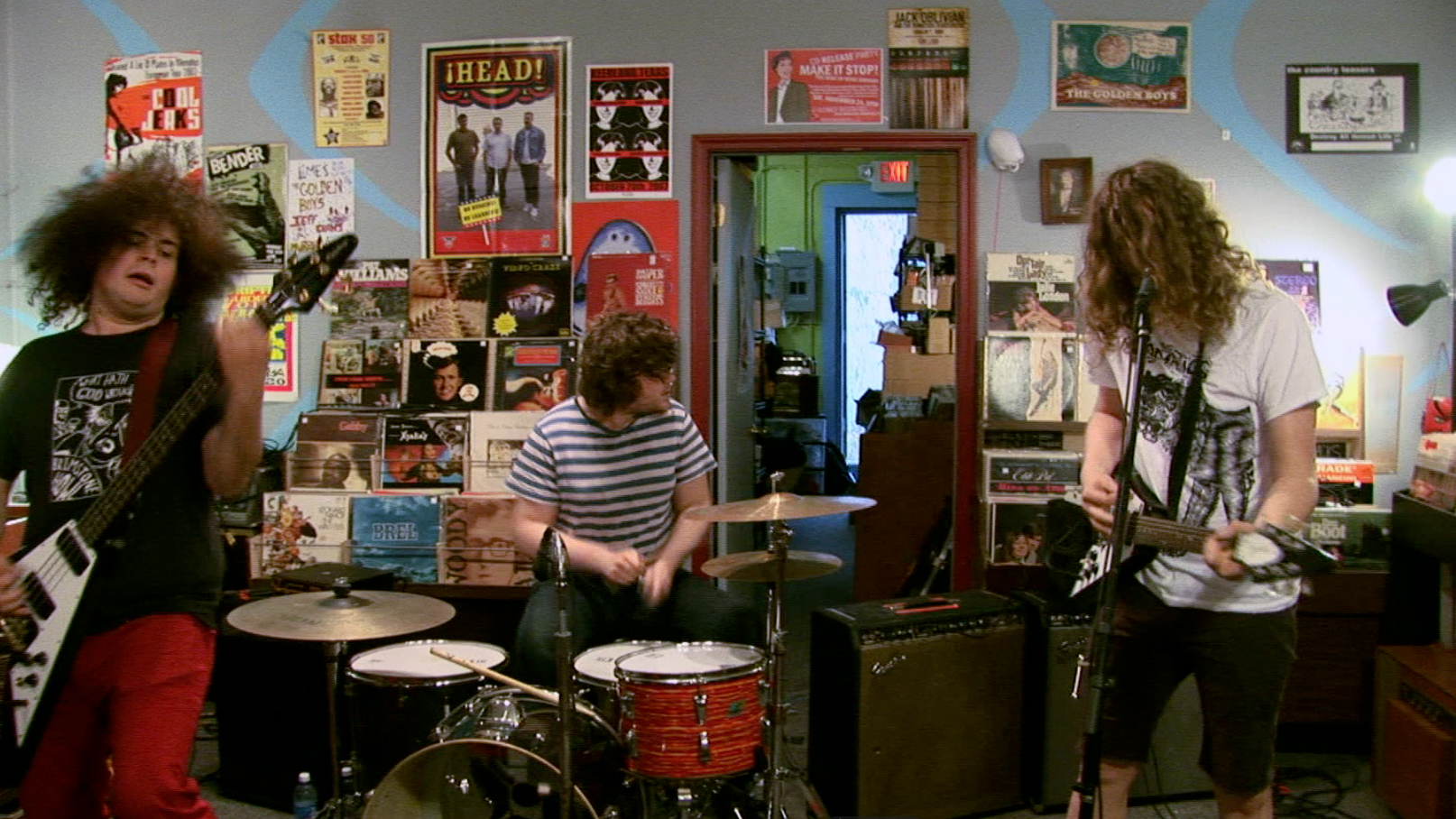 Photo: Better Than Something, LLC

Intimacy doesn’t completely give rise to insight in Better than Something: Jay Reatard, a loving, if largely for-fans-only, posthumous portrait of the Memphis-bred punk rocker who died at age 30 in 2010. Directors Alex Hammond and Ian Markiewicz are fortunate to have spent considerable time with their subject in 2009, and the footage from that period gives their documentary its up-close-and-personal quality, with Reatard candidly and self-deprecatingly discussing his upbringing, his against-the-grain musical and life philosophies, and the angry persona that defined his career. That volatile antagonism made him, depending on one’s perspective and/or encounters with him, a wretched prick or a kick-ass iconoclast dedicated to standing up for his own particular DIY ethos, which not only extended to his ragamuffin everyday lifestyle but also to his tireless work ethic, resulting in incessant recording in a wide variety of rock styles. What Better than Something does best is capture the artist in all his duality, with the film getting at the root character of the troubled, furious, and yet personable Reatard through its juxtapositions of never-before-seen concert footage (from 1999-2009) of raging intensity and heart, and lengthy chats in which he thoughtfully and humorously reflects on himself and his music.

Greater examination of Reatard’s actual songs would have been more fertile ground to till than just delivering a host of talking-head friends and admirers waxing poetic about the shaggy-haired Reatard after his untimely drug-overdose passing (which is, somewhat dubiously, never specifically addressed). Additionally, Better than Something is lacking a coherent narrative, or something astute to say, about the punk rocker, despite Reatard’s frank talk about fears of death and the way in which misery (far more than happiness) inspired his creative impulse. Instead, it merely offers up a compelling, if too-often lightweight, portrait of a rebellious man driven by outsider fury and a staunch belief in his own musical abilities, with the doc—shot in a functional, grungy off-the-cuff style that’s in tune with Reatard’s attitude and the poor environments from which he came and embraced—never pushing past the surface to reveal something unexpectedly true. That’s most glaring during the film’s strongest scene, in which Reatard, while taking the crew around his old derelict neighborhood, recounts a story of living in a two-family house where, one night, he and his sister could hear a bunch of crackheads raping a woman—a tale that seems to speak volumes about Reatard’s subsequently enraged, hostile career, and yet ultimately is left to simply hang in the air, unexamined.

Review: The Salt of Life