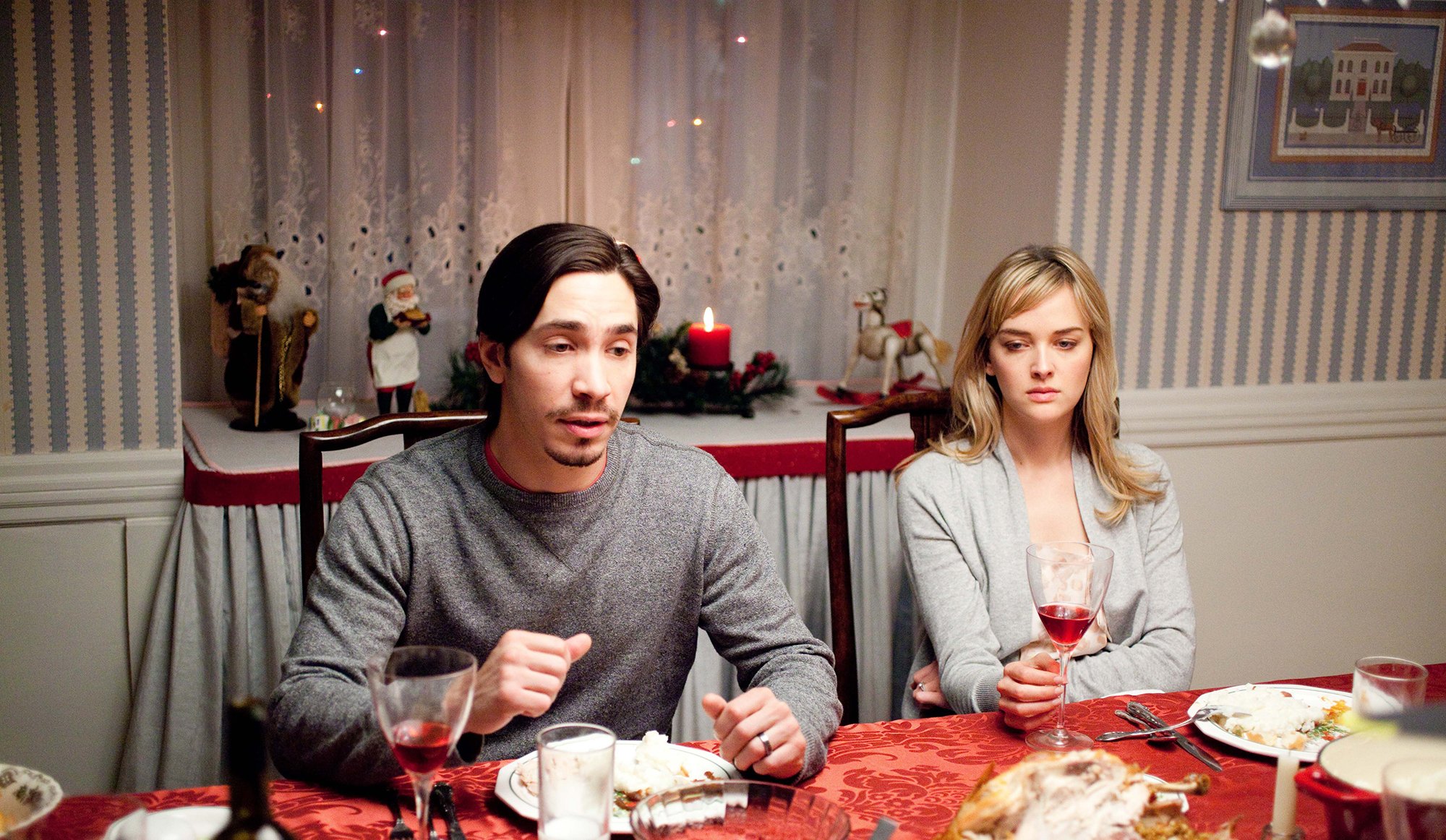 Opening with drunken debauchery at a wedding and closing shortly after a funeral, Best Man Down attempts a delicate mix of bittersweet sentimentalism that leaves us with nary a tear of joy or sadness. The couple getting hitched is Scott (Justin Long) and Kristin (Jess Weixler), and the cause of their wedding mayhem is Lumpy (Tyler Labine), Scott’s best man, who parties a little too hard and falls dead in the Arizona desert, ruining the couple’s honeymoon plans and sending them back home to Minnesota instead so they can plan Lumpy’s funeral.

Both the film’s comedy and the drama falls between conventional and blatantly derivative. Its darker side comes courtesy of 15-year-old Ramsey (Addison Timlin), a friend of Lumpy’s who Kristin and Scott track down in northern Minnesota. Ramsey’s story offers up a variety of stereotypes about small-town poverty (broken homes, crystal meth, a lingering potential of violence), but scant believability. Meanwhile, the repeated bickering between Kristin and Scott, meant to be the source of laughs, plays up predictable gender roles while rehashing the purse-versus-man-bag wars of Friends circa 1999.

On a more all-encompassing level, the film suffers from a familiar malady: While it tries to relate a story about the sloppiness of life, the way best-laid plans can go wrong in an instant, its script is neatly and tidily structured. Every stray part is put into place by the end, including the story about Ramsey’s hometown priest and his secret gay lover, a side plot that at first seems randomly inserted, but of course is ultimately there to help with the third-act wrap up.

All that leaves us with Lumpy. Labine at first plays him as if he were impersonating Zach Galifianakis, but the character eventually veers away from that rowdy, irritating personality. In the larger context of the film, in which he’s featured mostly in flashbacks, he becomes a placeholder for all that’s just, righteous, and kind in the world—an imaginary standard against which Scott, Kristin, and Ramsey can judge their own shortcomings. That leaves the finer details of Lumpy’s actual character and life fairly undetermined. And in part because he has some mystery to him, Lumpy becomes the most intriguing part of the film. It’s certainly possible that, while watching a movie where everything else feels so stale, one reaches for a silver lining in the most ambiguous character. But if nothing else, Best Man Down leaves us thinking, “Lumpy, we hardly knew ye!”