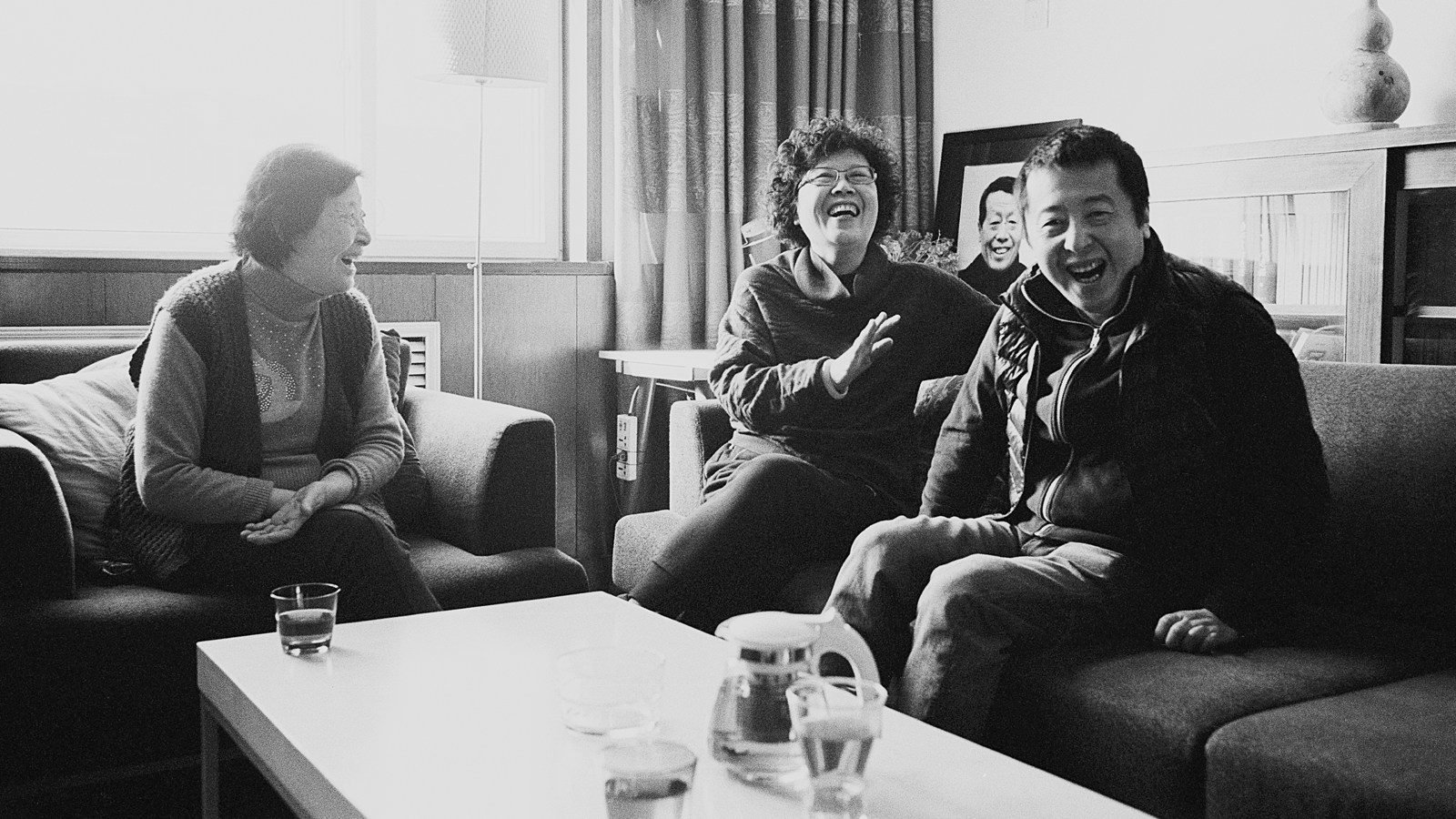 It’s perhaps only natural that a film festival as wide-ranging as the Berlinale would include a few documentaries about filmmakers, and there are two excellent ones this year as part of the Forum sidebar. One is Walter Salles’s Jia Zhang-ke, a Guy from Fenyang, a portrait of the great Chinese filmmaker mostly in his own words. Much of the doc follows Jia as he wanders around various Chinese towns that are featured in his films, reminiscing both about his own past and about the making of his work. Occasionally, he’s accompanied in his wanderings by some of his actors: Wang Hongwei, his lead in 1997’s Xiao Wu and 2000’s Platform, follows Jia as he walks around in his hometown of Fenyang; later, Han Sanming does the accompanying honors as Jia explores Fengjie, the village along the Yangtze River that is prominently featured in his 2006 film Still Life. (Interestingly, Jia’s frequent leading lady and now-wife, Zhao Tao, is seen only in isolated interviews, not alongside her husband—though, considering how personal Zhao’s own recollections are, perhaps this strategy makes a certain sense.)

Throughout, Salles maintains an admirable humility, refusing to interject himself into the film, allowing Jia to do his thing on screen, whether it’s catching up with family members back at home or simply rambling on about the inspirations for this or that moment in one of his films. Such a hands-off approach, of course, can only truly work if the subject is willing to be frank and forthcoming on camera. Thankfully, Jia is both articulate about his aims with his films and willing to be emotionally candid in front of Salles’s camera. Film critics, of course, have spilled plenty of ink over the years regarding Jia’s interest in such grand themes as the effects of globalization in his home country, and these sentiments are hauntingly echoed in the documentary as the director himself walks through these locales and comments often about how different things are from the way they were both in his childhood and while he was shooting his films there. But Salles’s doc is still valuable for the more intimately personal memories Jia offers, perhaps most movingly when he tearfully recalls his own father’s worried reaction to seeing his earlier (non-Chinese-government-approved) films. And where else will you see this deeply engaged and endlessly curious artist reacting to firecrackers heard in the distance with rapture, eloquently explaining the sense of possibility he hears in those booming noises?

Just as deeply personal, albeit in different ways, is Fassbinder: To Love Without Demands, Christian Braad Thomsen’s documentary about Rainer Werner Fassbinder, the iconoclastic German filmmaker whose whirlwind career throughout the 1970s and early ‘80s (40 feature films and plenty of other television and stage work in the span of 13 years) remains the stuff of cinematic legend. Clearly, Thomsen, himself a revered Danish film critic, holds Fassbinder in the highest esteem, and not just because he also published a book on his work in 2004 (Fassbinder: The Life and Work of a Provocative Genius). In the opening minutes of his new film, Thomsen discusses how seeing Fassbinder’s 1969 debut, Love Is Colder Than Death (which was roundly booed at that year’s Berlinale), taught him a new way of seeing, with its minimal dialogue and extended takes of characters doing more or less nothing. Thereafter, Thomsen’s film ranges from talking-head interviews with some of Fassbinder’s regular performers (most notably Harry Baer and Irm Hermann, the latter of whom became one of the director’s closest confidantes) to footage shot by Thomsen and others of Fassbinder himself both working on set and discussing his work and philosophies.

The most immediate draw of To Love Without Demands lies in some of Thomsen’s footage of Fassbinder himself, none of which had been released to the public until this film: It’s fascinating to find this boundary-pushing, insanely prolific artist expounding on his worldview so articulately even as he evinces a visibly fatigued and weary air. Beyond the exclusive footage, however, Thomsen’s documentary is remarkable not only in the way it balances film criticism with personal remembrances, but for the way Thomsen exudes love for Fassbinder even while acknowledging his complex, flawed humanity. That complexity is perhaps best encapsulated by an anecdote Hermann recalls which climaxes with Fassbinder punching her in the face in order to rouse her from a coma—an appalling act that nevertheless suggests a level of genuine affection underlying the surface violence.