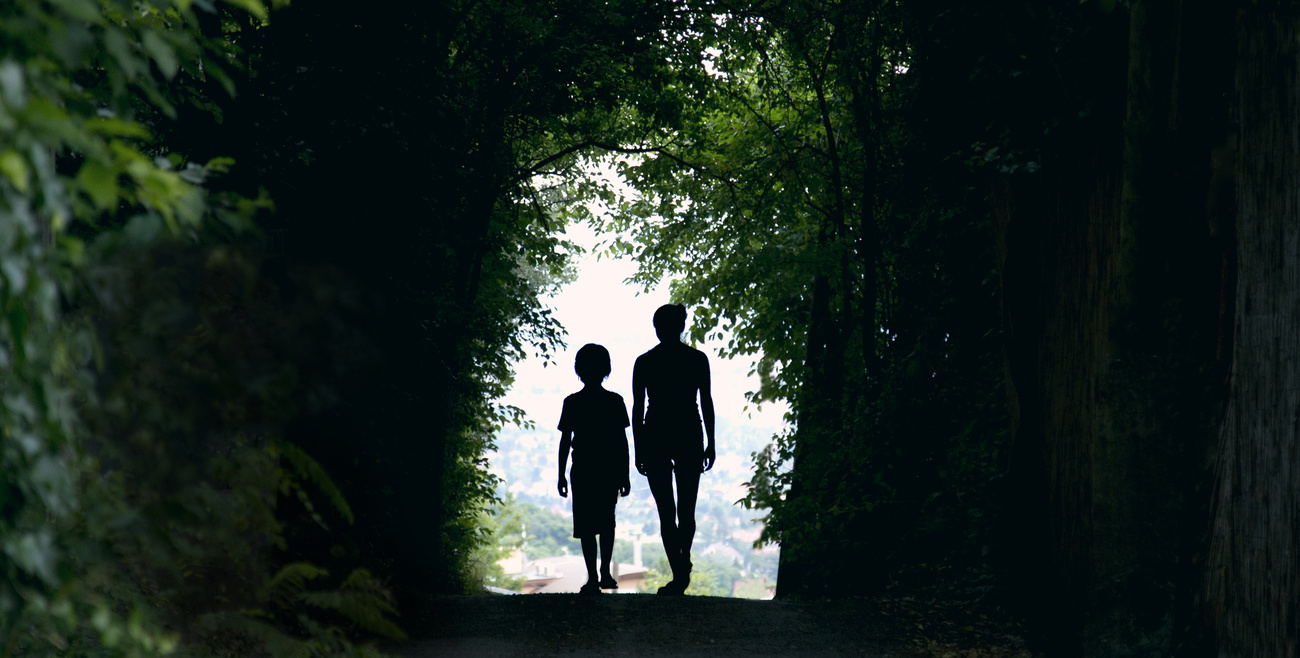 The first batch of films to screen at this year’s Berlinale International Film Festival suggests a single thread stitching the human race together: its utter inaptness to handle emotion. Soul-crushing restraint and reckless violence seem to be our only two strategies for surviving sentiment. This is just as true for the pathologically butch fraternity brothers of Goat as it is for the queer adolescent murderer from I, Olga Hepnarová. And in Benedek Fliegauf’s remarkable Lily Lane, a young mother can’t quite cope with separation, from her ex-husband and from her parents, which shapes her relationship to her seven-year-old son in eerily provocative ways.

Rebeka (Angéla Stefanovics) mothers Dani (Bálint Sótonyi) with the no-nonsense storytelling wit of a witch, whether she’s making up horror tales or refusing to sugarcoat the truth about, say, the large substance he touches when they scatter his grandmother’s ashes (she says it must be her vertebra). No wonder the kid’s father, who only speaks to her through a video-messaging program’s text function, tells her she should “just read from a book.” If the mother’s desperation looks sublimated into the fictive tales she tells her son for most of the film, perhaps not that fictive after all, we eventually watch the return of the repressed explode before our eyes—which, by then, have become the eyes of the child.

Lily Lane is largely a film about how a child actually listens to what we tell them—that is, nakedly. It’s about how the stories we tell children, as well as the ones they witness for themselves, attach themselves to their little bodies like bee stings. It’s about the raw matter that mothers spew, ever so recklessly, and out of which a child becomes a person. The film is able to enact its concepts visually in a playful manner. Remembrance is portrayed with the unvarnished aesthetics and the awkward movement of cellphone video, but in a way that never feels forced. Fliegauf isn’t trying to be fashionable. He’s simply thinking out new ways of articulating old and unaddressed troubles, such as the inevitable cruelty of motherhood.

This unapologetic mother feels like a contemporary version of the anti-heroine of another Hungarian film about emotional incompetence, The Prefab People. In Béla Tarr’s film, the wife played by Judit Pogány, who bears a fitting resemblance to Stefanovics, never leaves her marriage. Instead, she dreams of filling the abyss between herself and her husband with a new washing machine. When she finally gets it, in the film’s unforgettable last shot, nothing gets repaired in the dynamic of their relationship.

Since Rebeka chooses to walk away from unhappy coupledom before Lily Lane even begins, this may point to a new kind of Hungary, and a new kind of Hungarian child (stoic, if not numb), but it hardly means they’re that much better for it. Instead of wallowing in the everyday distress of domesticity, the woman is haunted by abandonments, de facto and imaginary. That is, the original neglect of her father, the recent death of her mother, and the dread she conjures up in the anti-lullabies she tells her son. “Only the dead don’t fear the dark,” she tells her ex-husband via instant messenger.

The film’s most compelling scene, however, is unadorned by the mother’s scary storytelling and Fliegauf’s otherwise artful camera pans. She simply introduces her son to his estranged grandfather for the first time. The older man, resigned to his misery, made evident by the lines cutting across every corner of his face, completely ignores them. He lights up a cigarette and listens to his daughter’s indirect plea for love as if immune to affection. She’s come to announce her mother’s own death, but surely as well to ask for his love. While he has nothing to say to her, he does have something to offer her son: a crow’s egg that he takes out of his pocket. Like a magician unaware of the grandness of his trick, or the repercussions of his spell.