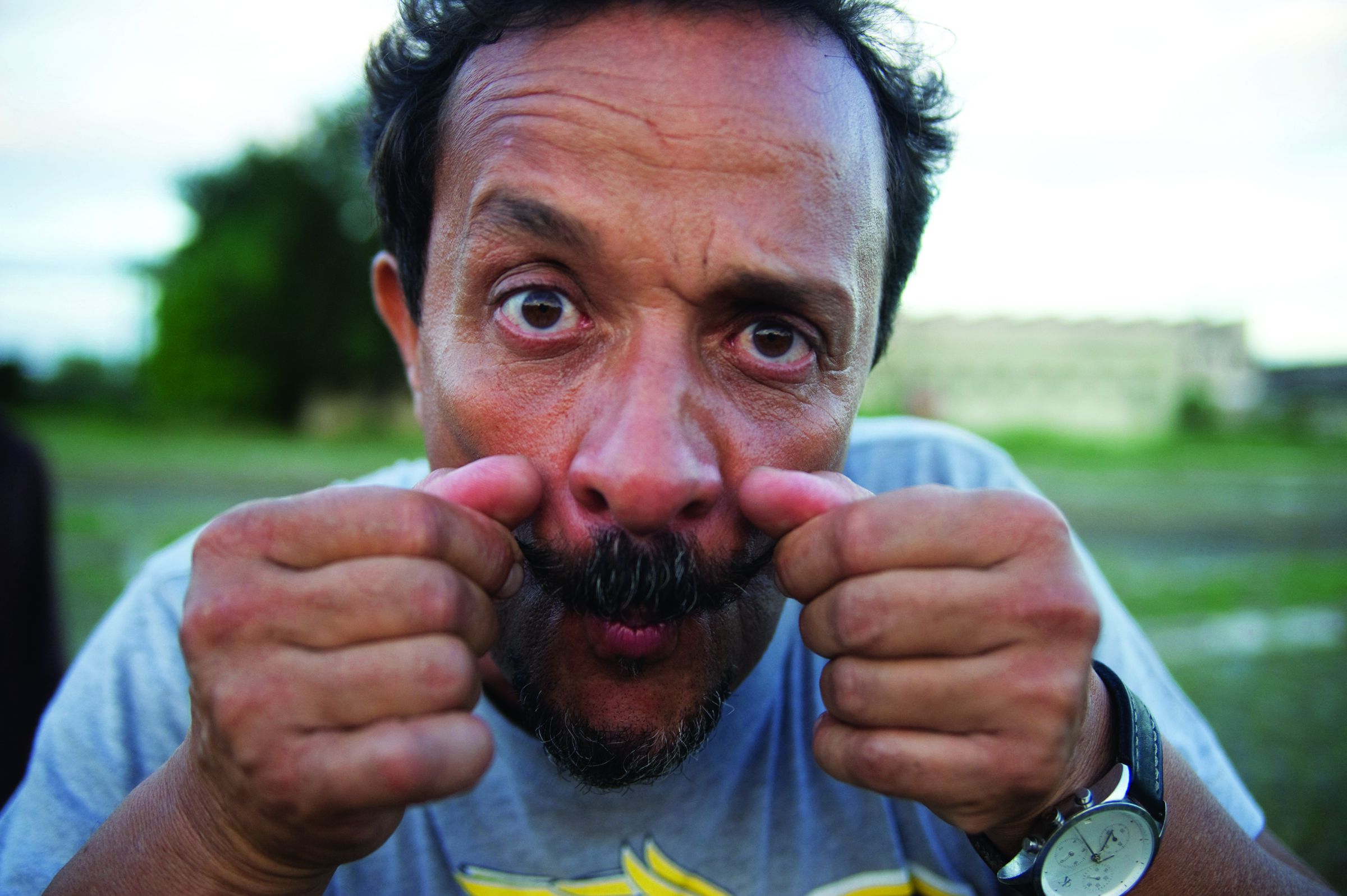 Bel Borba’s artwork is full of audacious authenticity: capoeira fighting figures carved out of rusty, tin-like structures; a series of huge fish or white doves made out of broken tiles; a rhinoceros made out of God knows what; and a huge Christmas tree on the beach constructed with Coke bottles filled with abolitionist poetry inside. Bel Borba Aqui captures the Brazilian artist at work on his innovative public art pieces, for which he uses the streets of Salvador as his atelier and scrap materials as his palette. Known for the problematic practice, though the film doesn’t problematize this whatsoever, of turning poverty-stricken neighborhoods in Brazil into cheerfully colored landscapes of bliss, Borba spends much of André Costantini and Burt Sun’s documentary speaking inanities, clichés, or boasting about his celebrity status and prolific bent.

Given the enigmatic quality of Borba’s work (he describes his process as instinctive, intuitive, and spontaneous), the doc could have used more of the atmospheric devotion we see in Sophie Fiennes’s film on German artist Anselm Kiefer’s also larger-than-life sculptures, Over Your Cities Grass Will Grow. Instead we’re shown the literality of Borba’s labor, as aided by an army of shirtless Brazilian men whom we never meet. In one particularly painful and interminable sequence we watch as the filmmakers intersperse shots of Borba sticking pieces of broken tile onto a wall for one of his pieces, and yawning, over and over again. Unlike Fiennes’s film on Kiefer, or even Alison Chernick’s Matthew Barney: No Constraint, there’s no pointing toward something other than the work itself, no poetic digression, no suggestion of a conceptual dimensionality to the work being produced.

Besides the happy-peppy hagiographic aesthetics of Brazilian political advertisement and an oversaturation of Brazilian popular music, the film allows too much room for Borba’s tedious verbiage—usually an anecdote of dubious taste, or some trite spiel about how when an artist creates something it’s like giving birth, as well as the touting of Salvador as an “ethnic cocktail” of Indians, Africans, and Portuguese roots. If Borba’s work is expressive intervention, it’s less endearing when he’s speaking. Not that the interest in an artist’s speech lies in whether he can quote Heidegger, as is Kiefer’s case. But Borba’s street swagger and organic creativity get lost in the narcissism (he considers himself a hero and “better than most people” when it comes to sculpting) that the film allows him so much room to express.