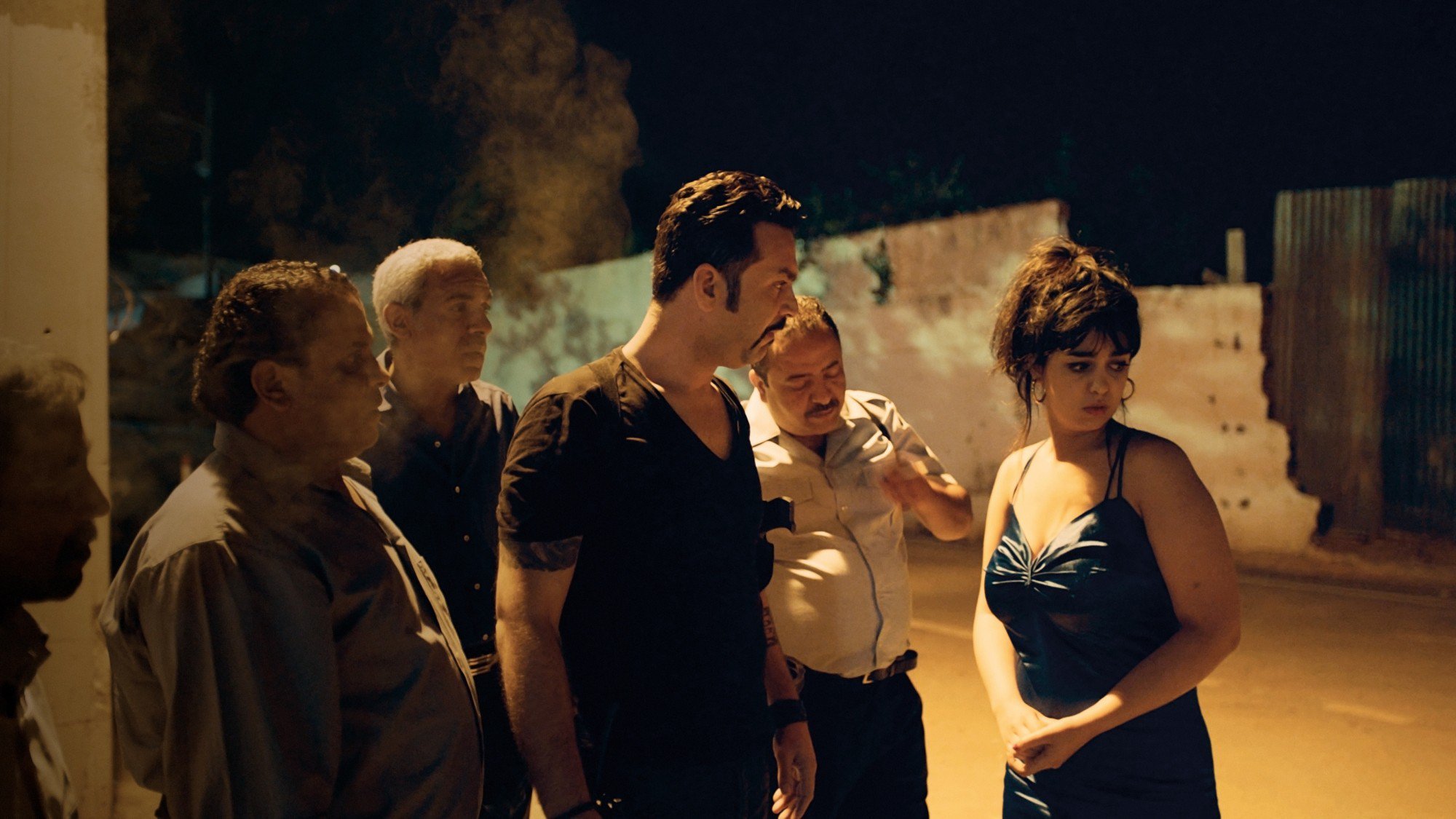 Kaouther Ben Hania’s Beauty and the Dogs is a rape melodrama set in a Tunisia that’s haunted by the after-effects of the 2011 revolution. The “dogs” of the title are mostly police, who behave as petty and vicious thugs, prioritizing self-preservation over even a loose pretense of fulfilling their jobs. One especially venal officer says that the police are needed, despite their flaws, to protect Tunisia’s liberty—a sentiment which he offers with no irony while violating the liberty of two innocent young adults. Ben Hania makes a meal of the police-as-dogs metaphor, as the officers are mostly sociopaths who are physically defined by their bulk, their guns, and their piggish entitlement. At one point, a police officer eavesdrops on a gynecological examination, later ridiculing a rape victim’s vagina while rifling through her purse.

Beauty and the Dogs is a kind of torture film, in which Mariam (Mariam Al Ferjani) is subjected to an endless torrent of psychological and occasionally physical violence. Off screen, she’s raped by police officers, who catch her while she’s walking home from a party with Youssef (Ghanem Zrelli), a man whom she’s just met. Youssef, who was involved in the revolution, pressures Mariam to report the incident to the authorities and demand the liberties that a new government is supposed to signify. Youssef spurs Mariam to go to a private clinic, as she must attain a medical certificate proving that she was raped, but she needs an I.D., which her assailants stole. Mariam and Youssef proceed to a public hospital that diverts them to a gynecologist and a forensic doctor, among others. Everyone who sees Mariam has a bureaucratic reason for not helping her, and so the film becomes a Kafkaesque nightmare in which the protagonists spin in circles while the dogs close in on them.

Ben Hania shows Tunisia to be operating on an especially heightened form of masculine toxicity. Mariam was seen kissing the somewhat older Youssef, and for many of the police officers, this act is equivalent to the rape that the young woman is begging these men to investigate. At the beginning of the film, Mariam slips on a dress that one of her friends brings to her for a party, which is actually a nightgown that tightly hugs her body. As Mariam is shuffled from one cold hallway and interrogation chamber to another, the audience is made palpably aware of her vulnerability and discomfort, as the police use this dress to discredit her as a “whore.” Even Yousef is implicated by the film, as he seems to value Mariam more as a political tool than as a human being, discarding her safety to score points on a corrupt government.

The film is composed of several single-take “chapters,” recalling Gaspar Noé’s Irreversible. Like Noé, Ben Hania uses long takes to rub our noses in a woman’s entrapment—making us aware of the potential for “release” that’s signified by the invisible cutting of conventional editing. But unlike Noé, Ben Hania displays a crude understanding of masculine resentment, as Beauty and the Dogs is a genre film with a hot-button topic that’s designed to render it critically bulletproof. Mariam is repetitively damned and saved in sequences that increasingly suggest a conventional stalk-and-chase horror film, only with a greater sense of self-importance. In case the bluntness of the film’s title is lost on the audience, Mariam is even backed into an office full of caged dogs who bark at her ravenously. The film savors its obviousness and cruelty as badges of honor, reducing itself to a technical polemic.

Review: Notes on an Appearance