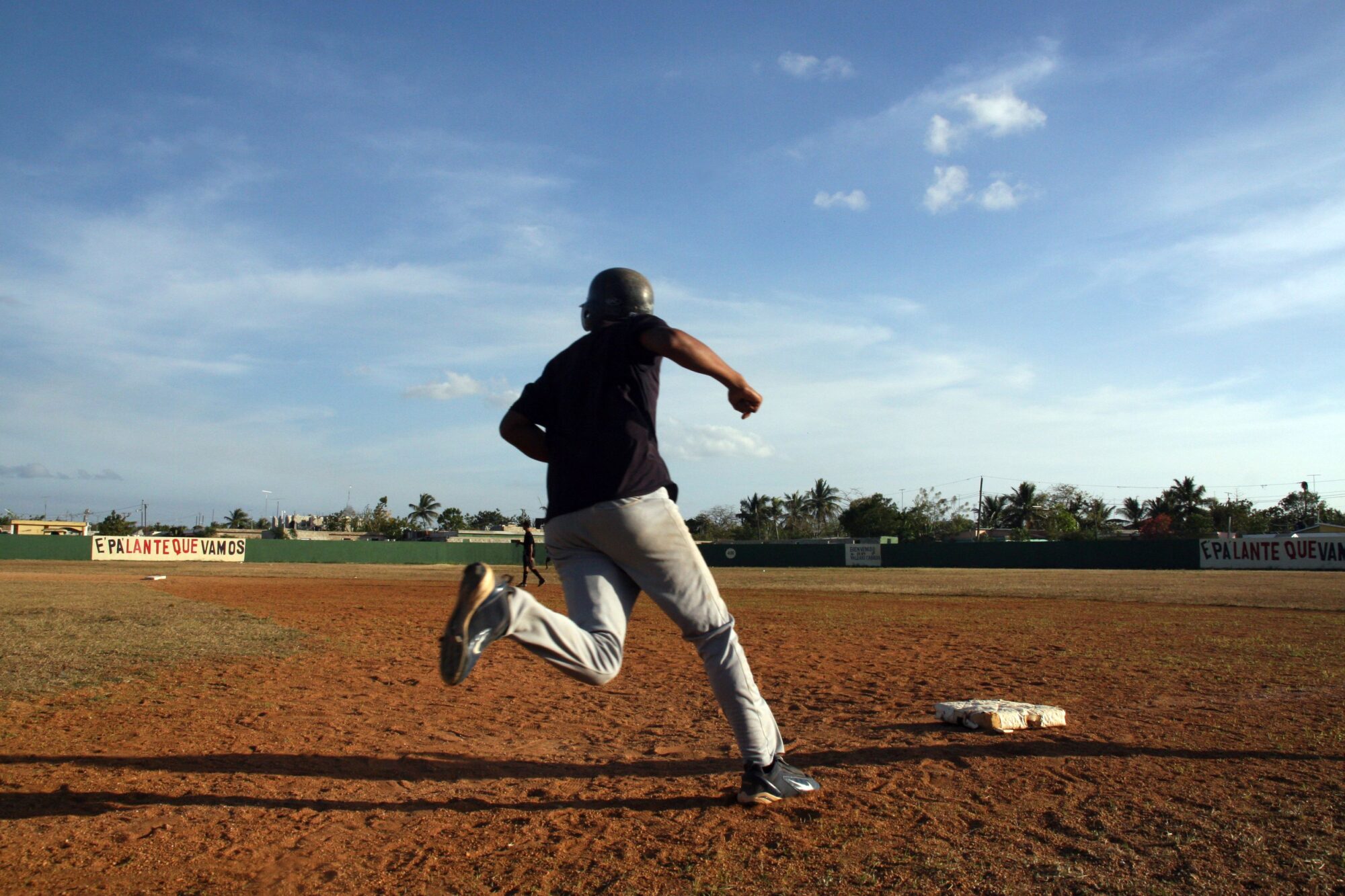 Ballplayer: Pelotero is another documentary that examines the duel businesses of attaining and marketing the American dream in the wake of the 2008 recession. The film takes place in a series of training camps in the Dominican Republic, but it’s concerned with the influence that the mythology of the American way of life, particularly the American celebrity way of life, still has over countries all over the world. The teens prominently featured in Ross Finkel, Trevor Martin, and John Paley’s film have never been to the U.S. and speak no English, but they’re determined to succeed as American baseball players, or, to be more exact, rich American baseball players.

Miguel Angel Sanó and Juan Carlos Batista are 15 and 16, respectively, and they seem to have already grown out of the youthful idealism that characterizes initially grand ambitions, which is simultaneously admirable and sad. Sanó and Batista don’t talk about players’ achievements in the field, but the paychecks they were able to finagle. The World Series to these young men is July 2nd, the day their negotiations, if they go well, are to be finalized, thus beginning their career as players for an American baseball team the following season. But signing a contract even a day later can yield slimmer earnings.

The bald calculation is off-putting but understandable, as baseball could be the only means these men have of escaping a life of crowded poverty. Sanó and Batista’s talents were recognized early on and they were brought up to necessarily view themselves as a commodity available to the highest bidder. Sanó, a tall, good-looking athlete with ability and poise beyond his years, is believed by his family and community to be a shoo-in for a five-million-plus contract with one of any number of prominent American teams until a scout instigates a series of rumors about his age that could sabotage him. Sanó‘s family produces evidence proving their case, but the MLB drags their feet on a ruling for murky reasons that would appear to involve collusion with scouts looking to keep asking prices down. Batista, on the other hand, is a more moderate talent whose blossoming career is nearly undone by his ego, which leads him to commit the fraud with which Sanó is wrongfully accused.

The MLB, unsurprisingly, would appear to be another massively powerful corporation that exploits the needy with a labyrinthine system of by-laws that sometimes openly contradict themselves. Sanó‘s payday, though eventually impressive, is reduced by nearly half of what it may have been because the MLB extended its investigation of his background beyond reasonable standards, while Batista is condemned by his trainer and father surrogate for practicing dodgy business ethics that he’d been implicatively raised with from a young age.

Ballplayer: Pelotero isn’t an openly enraged film like Heist: Who Stole the American Dream?, as its anger is drier and subtler. The filmmakers, understanding that the subject matter speaks for itself, assume you’ll intuitively grasp the contrast between the beautiful images of Sanó and Batista playing ball and the cheap, boring theatrics of the older men looking to get what they want for a desirable price. The doc is a sly, interesting achievement: It opens as an entertaining sports story and closes as a metaphor for government corruption.