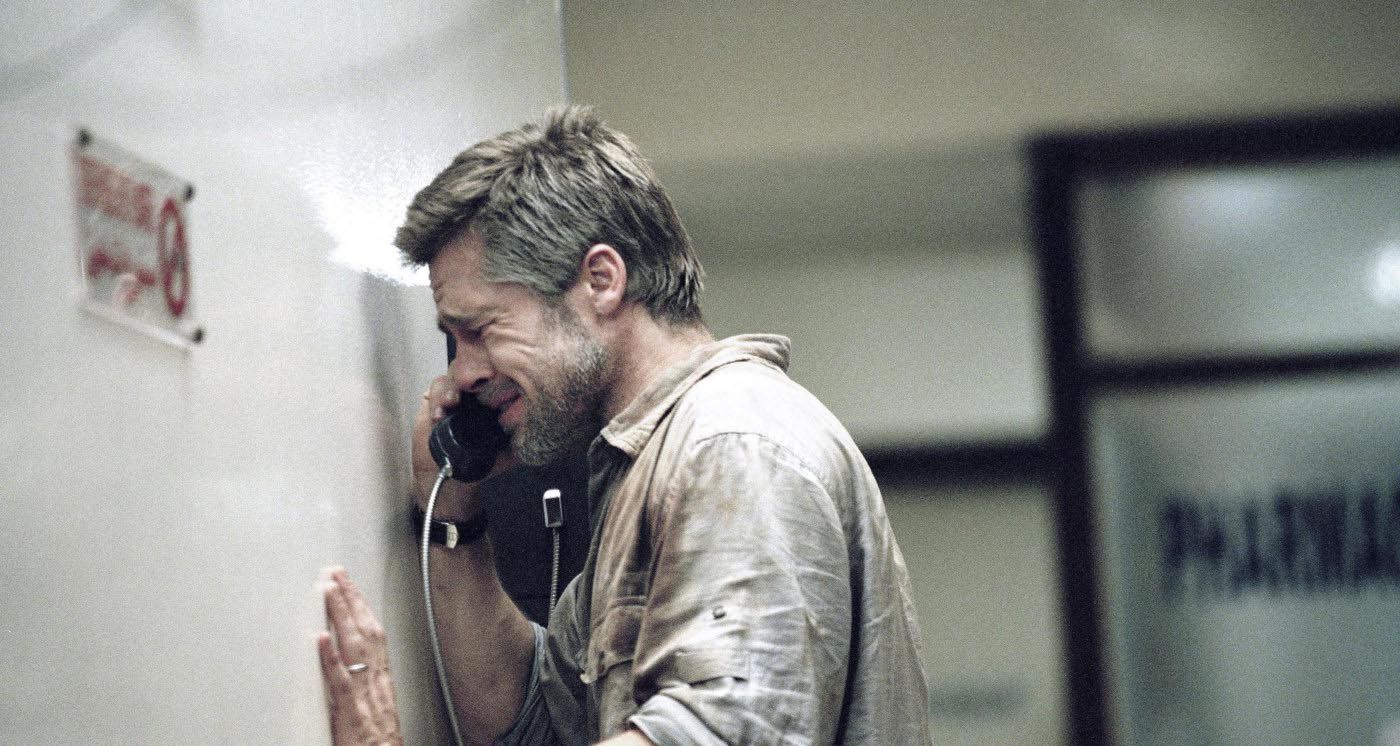 At the rate Alejandro González Iñárritu and Guillermo Arriaga’s philosophy of the world is evolving, their next collaboration might concern the struggles that grip Martians and Venusians. González Iñárritu’s new film, his most geographically far flung to date, takes its name from Genesis 11:1-9, in which God spitefully divides a community of people along racial and linguistic lines for arrogantly attempting to build a great tower to heaven. Likewise, Babel hinges on the notion that language is a great divider, giving off the impression that if we all spoke the same tongue, our problems—like immigration and terrorism—might cease to exist. This specious message is easy to latch on to and made overriding by González Iñárritu and Arriaga’s strenuous attempts to connect the lives of their characters via photographs, bloody graphic matches, phone conversations, and a have-gun-will-travel angle that brings to mind Anthony Mann’s great Winchester ’73.

In Morocco, a boy accidentally shoots an American woman, Susan (Cate Blanchett), in the neck from atop a mountain, leaving her husband, Bill (Brad Pitt), to scramble for medical assistance; back in America, Amelia (Adrianna Barraza), takes Susan and Bill’s children to Mexico for a wedding but runs into trouble with border police when trying to return to San Diego; and, over in Tokyo, Chieko (Rinko Kikuchi), the deaf-mute daughter of an amateur hunter, Yasujiro (Kôji Yakusho), who sold his rifle to the Moroccan boy’s father, begins to unravel after too many boys reject her advances. Chaos hangs thick over the film, which González Iñárritu, fancying himself a great observer, directs with a coolness that oscillates dangerously between self-importance and detachment. After Amores Perros and 21 Grams, you may wonder how many times the director can make the same movie: González Iñárritu definitely has a sensibility, except its strikingly, almost shockingly one-note.

Babel suggests something coming out of the ether—always in a hurry but sometimes dropping clues as to where it’s going and where it will end up. Chronology is jumbled as it was in 21 Grams, only this film’s fudging of time is slightly less shrill, sometimes even soothing (a phone call received by one of the characters indicates that someone else—far away and close to death—might just turn out okay). In the end, though, it’s not the linking devices, however desperate, that cripple the film (and the audience), but the stories themselves, which are jerry-rigged with the sort of scare tactics that tritely invite the cluck of one’s tongue. In Mexico, Amelia’s nephew Santiago (Gael García Bernal) shoots a bullet into the air (at which point you wonder if it will ricochet off a taco stand and go through someone’s head), but not before he decapitates a chicken, scaring the shit out of Susan and Bill’s lily-white son Mike (Nathan Gamble). The film delights in keeping its audience on edge, evoking life as a perpetual roller coaster ride of potential doom and gloom.

Though less histrionic than 21 Grams, Babel rests on the laurels of wafer-thin approximations of real people: We learn close to nothing about Susan and Bill other than that they lost a child (“You’re never going to forgive me,” he says, in response to her violent reaction to his refusal to throw away the ice from his glass of Coca-Cola), thus explaining her tight-assness, and much of the nuance allotted to Barraza and an excellent Kikuchi’s characters are isolated almost entirely to the punchlines, so to speak, of their respective storylines. Babel gives us reasons to care about its characters, but only when we’re way past forgiving the film’s flip storytelling. Comparisons to the vulgar Crash are fair only up to a point, given how Babel is prone to sacrificing character at the altar of the almighty shock tactic, but the film more accurately brings to mind the schematic, globe-trotting Syriana, in which people are unnaturally cast as pawns in an elaborate game of Risk.

Babel is not entirely without merit. In Morocco, there is great heart to the way natives band together to support Susan, who is tended to by an old woman and, later, a physician who sews up her wound without removing the bullet lodged in her neck. Implicit in the way Susan and Bill are abandoned by their selfish tour group, and the U.S. embassy’s delayed rescue of the couple, is how our country’s global war on terror has thrown a wrench into our collective humanity. Also, there is the tragic recurring theme of authority figures, both in Morocco and in the United States (where they find Amelia abandoned in the desert with Mike and Debbie, played by Elle Fanning), heartlessly pushing people to all sorts of rash decisions. But most striking is the film’s critique of American privilege, the notion of two rich white Californians coming out on top at the expense of the rest of the world’s people.

Though there is value to Babel, the filmmakers are careless about it. Commentaries rise to the surface only to dissipate in a cloud of connect-the-dot-isms. Just when you begin to appreciate the film’s political perspectives, the filmmakers allow nuance to evaporate as they thrill in showing us how action in one part of the globe resonates in such a way that it affects someone’s life thousands of miles away. How sad that the film’s strongest storyline is its Tokyo-set one, in which a girl’s disconnect from the world of sound causes her great embarrassment and leads her to thoughts of suicide. There is richness not only to Chieko’s pain and lashing out but also to the modes of social interaction between this story’s characters, yet her tale flimsily connects to the film’s other, more high-minded fictions. Why her story doesn’t constitute the whole of the film is simple: If it did then González Iñárritu would have been without Blanchett, Pitt, and García Bernal, who together ensure that this ivory tower of a film reaches the Oscar stage.