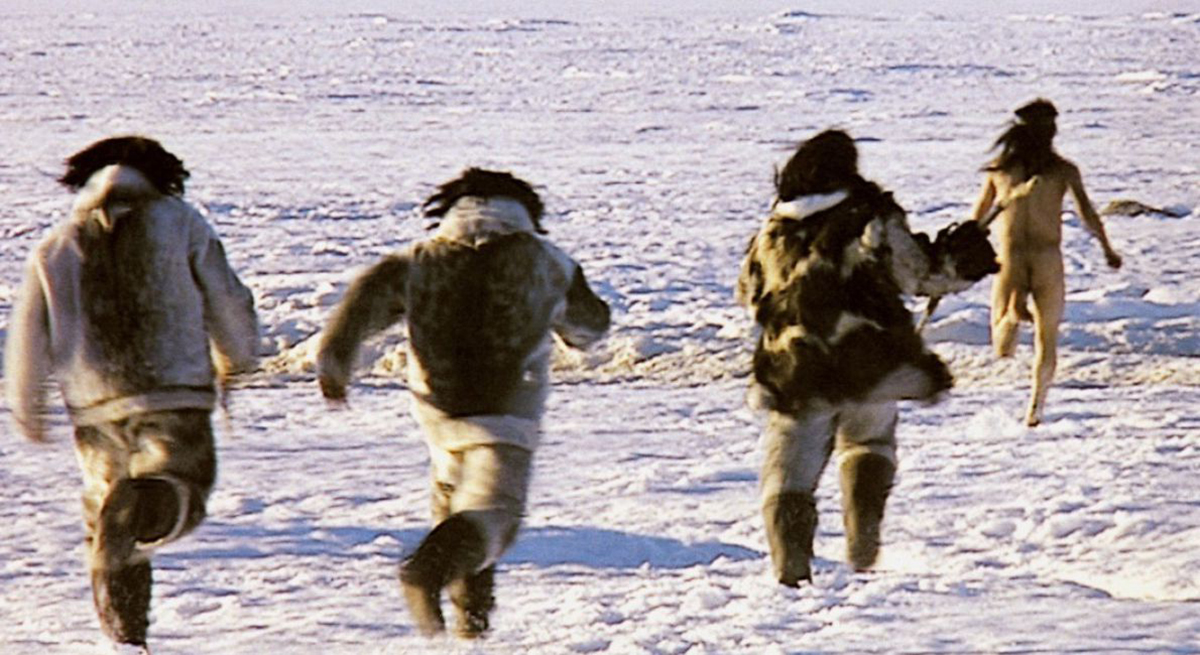 The Clan of the Cave Bear has nothing on Zacharias Kunuk’s Atanarjuat, a sprawling three-hour epic that recounts the primal struggles of the Igloolik people. Preserved and passed down from generation to generation by Igloolik elders, the story’s legend is set in the Arctic Circle of the first millennium and celebrates fast runner Atanarjuat’s (Natar Ungallaq) rise from honored tribesman to cultural liberator. Kunuk takes his time establishing the Igloolik people’s many customs and rituals, presenting a grueling and often ravishing document of Arctic tribal life that brings to mind Nanook of the North: Here, life in the Arctic is seen as an ungodly struggle against the elements, a constant fight for sustenance. The film’s first hour is certainly beleaguered yet it’s not long before Kunuk begins to spin a complex web of Inuit deceit, indiscretion and revenge. Indeed, betrayal in Atanarjuat is so sudden (and the irony so bitter) that the events in the film could have easily been orchestrated by Shakespeare himself: Puja (Lucy Tulugarjuk) is the film’s smiley Desdemona, who bloodies her hands when she welcomes the nighttime sexual comfort of her husband’s brother; and Oki (Peter-Henry Arnatsiaq) feeds off his father’s reverence, continuing the old man’s abusive legacy by bullying Atanarjuat and his brother Amaqjuaq (Pakkak Innukshuk) until blood is spilled on the Arctic ice. Once Atanarjuat is forced to run naked across a fragile Arctic landscape, the film becomes a euphoric celebration of an oppressed man’s inner spirit. Atanarjuat seems to say everything that could ever be said about control, revenge and the healing power of forgiveness. The film understands the joy of food in one’s stomach, the pain of tearful repression, the shame of banishment and, ultimately, the power of myth itself—that legend can be retold as hauntingly as it can vanish.