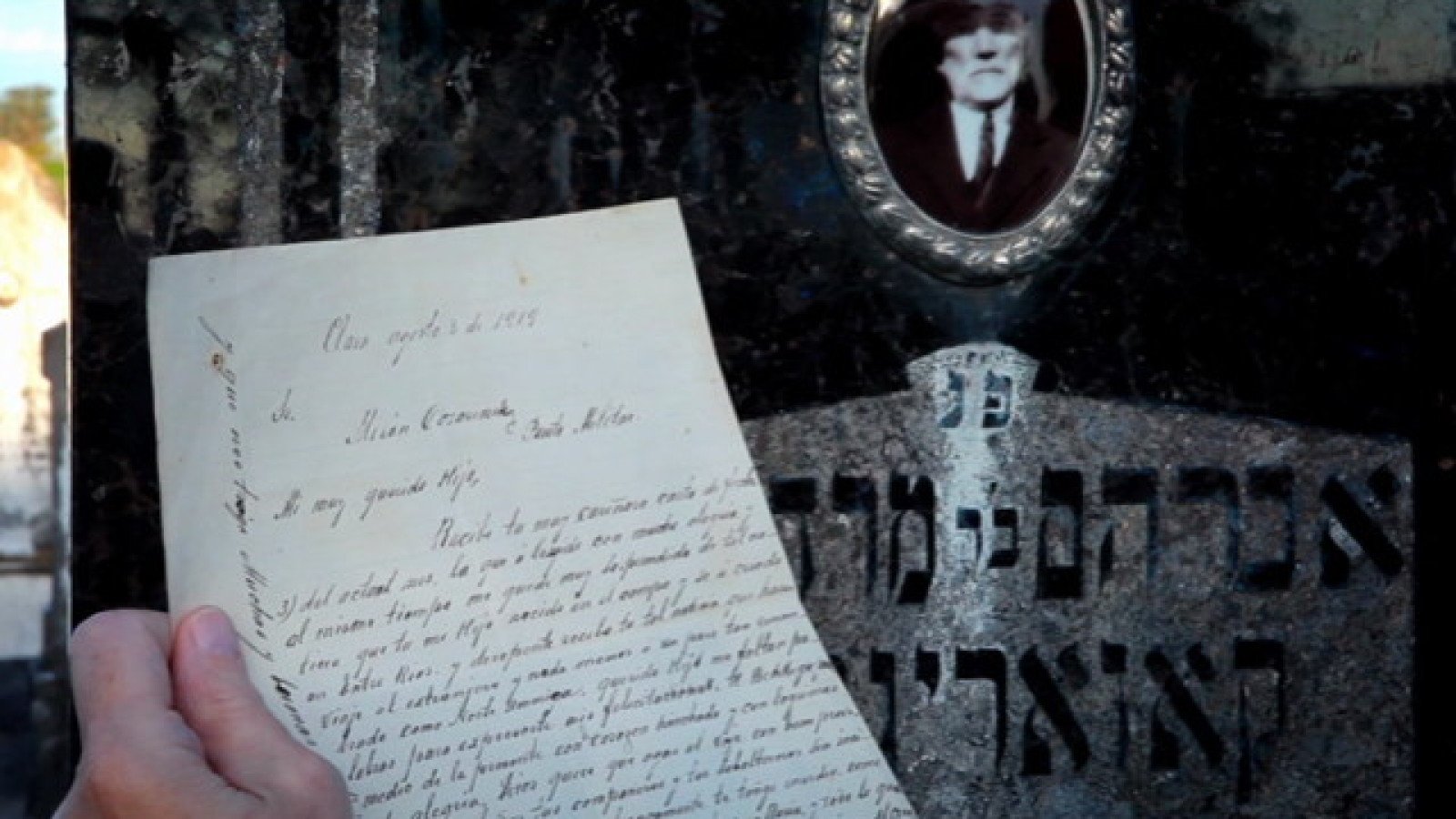 “I lived in Paris for 30 years,” narrates Edgardo Cozarinsky in his Letter to a Father, “but I never lived in Entre Ríos.” The Argentine essay filmmaker, and prolific writer of fiction and criticism alike, specialized in ruminations on cultural history during his years as an expatriate, so his turn to a more personal narrative of the past in the form of a visit to his parents’ hometown is particularly organic.

But perhaps the most compelling aspect of Cozarinsky’s story, both within the film and beyond it, is how circuitous his and his parents’ geographical trajectories have been. We learn in the film that his grandparents left Poland in the 1890s with the Jewish Colonization Association to found a community in Argentina. Entre Ríos was the town that resulted, and when anti-semitic fascism rose in that region, the family relocated to nearby Buenos Aires, though his father spent the WWII years stationed in Japan on a naval ship called La Argentina. Although Cozarinsky never draws a direct link between his father’s travels and his own, they both appear as having anchored themselves onto reminders of Argentina. Early in the film, for instance, Cozarinsky recycles old shots he took of Rue d’Argentine in Paris as a synecdoche of his expat status. The tension between the lure of elsewhere and the comfort of home grows with archival footage of a Nazi rally that was held in Buenos Aires nine months before Cozarinsky’s birth, and with an insert of an anti-semitic slogan (“Haga Patria Mate un Judio”) that graced a provincial tax form.

Like the various Cozarinsky family heirlooms, we sit gently in the palm of the writer’s hands, immersed in the landscapes of the first generation of Argentine Cozarinskys. Almost all the exterior shots are recorded at the magic hour right before the sunset; they stand in for any explicit meditation on aging within the narration (at least until a clunky, spelled-out last passage that should have been omitted). Noting “I have questions to ask that didn’t interest me and that are the only things that do now,” Cozarinsky’s film is ponderous, an hour spent looking out one’s window in loosely connected thought.

Letter to a Father is at its best when it feels like its name: a handwritten document passed between the closest of kin. Within this framework, the sequences in which the filmmaker languidly shuffles through gifts and illustrated postcards that his father sent back from the most exoticized locales tell us more about how the past relates to the present than any juxtaposition of film footage could. Cozarinsky poises himself indeed to side-step certain tattered visual tropes of the personal essay film. For instance, he intercuts clips from earlier films not to romanticize his youth, but, he notes, out of inspiration from a temple foundation ritual practiced in ancient Egypt. The lyricism mostly operates on the plain of language, with excerpts of poems by Wilcock, Perec, and Tarkovsky interwoven with the filmmaker’s own.

Review: Adilifu Nama’s Race on the QT: Blackness and the Films of Quentin Tarantino