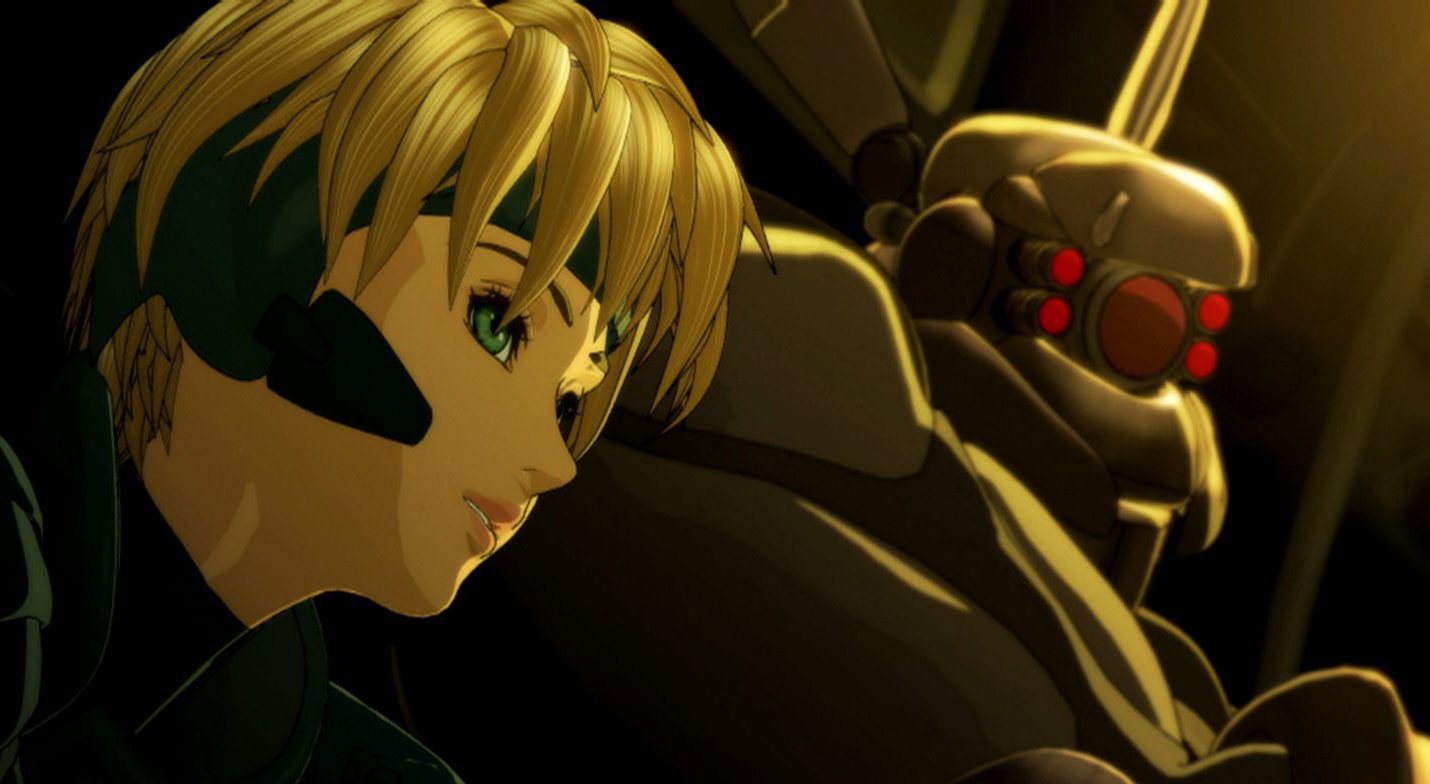 Inspired by a 1985 manga by the legendary Shirō Masamune (Ghost in the Shell), Aramaki Shinji’s Appleseed is a dumbed-down meditation on robots-versus-us warfare in the tradition of I, Robot. The film lets us know early on that its cyberdrama will be served cold, opening with a nihilistic encounter between a group of warring humans and head-crushing robots, a sinister spectacle of doom predicated on power close-ups and Matrix-style slow-mo. An even mix of 2D animation and CGI, Appleseed’s aesthetic mirrors life in the futuristic city of Utopia, where homo sapiens coexist with a group of elite humans called Bioroids. It’s there that the film’s buxom heroine, Deunan, learns that her deceased mother (a dead ringer for Voltron’s Princess Allura) worked with a counsel of seven old men, a woman named Athena, and a god-like computer system referred to as Gaea to monitor the “intellectual network” that connects the two species. Ludology, a term used to describe the way in which video games tell stories, may as well apply to Appleseed, which centers around Deunan’s attempts to find Apple Seed, a computer code that will allow Utopia’s governing committee to restore the life-extension process of Bioroids. Like George Lucas’s The Phantom Menace, or any bad RPG game with more backstory-revealing cut-scenes than playable action, the film is long on plot and short on excitement. When Deunan isn’t being talked to death by everyone’s cynical Orwell-lite philosophy of the world, she kicks ass during a number of impressive but chilly set pieces reductive of everything from Aliens to Ghost in the Shell. To echo one character’s sentiment: This is a film with “no emotions, no feelings.”