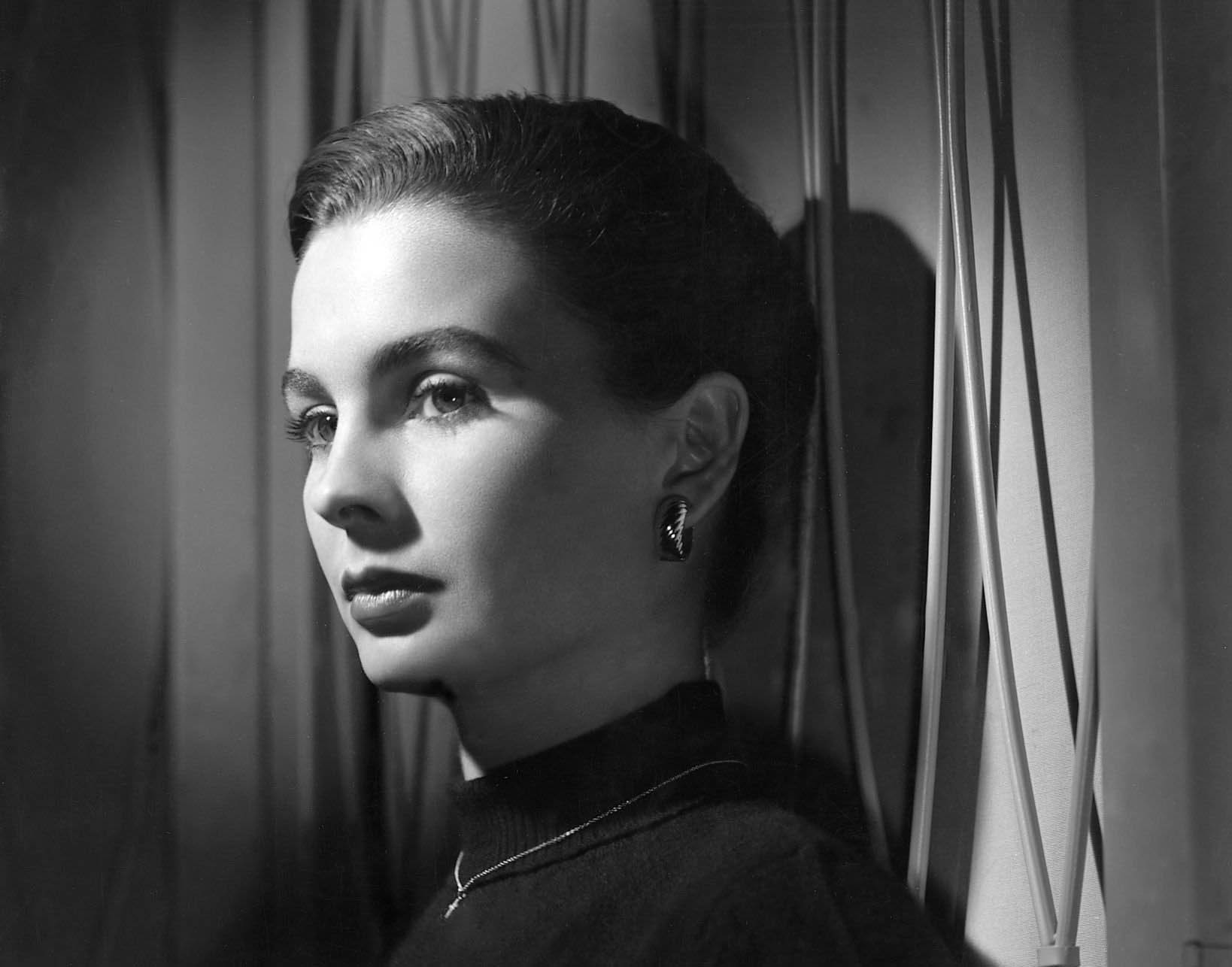 There are actors who are said to be under-appreciated, or underrated, and this mainly has to do with a certain lack of flash, or a certain modesty, or just bad luck. So that in Richard Brooks’s Elmer Gantry (1960), Burt Lancaster would win an Oscar for chewing the scenery to shreds as a false preacher, Shirley Jones would win a Supporting Actress Oscar for playing a ludicrously stereotyped hooker, and Jean Simmons wouldn’t even be nominated, yet she’s clearly the one to watch in that large, coarse movie; she subtly builds a faceted, worldly but self-deluding preacher, based on Aimee Semple McPherson, who will pay the price for hubris. Her Sharon Falconer is excited by her own power, and she’s a bit of a huckster, but Simmons makes it clear that this woman does actually believe she was chosen by God to do his work; she’s a natural mover and shaker, yet afraid of “city people.” Simmons had a wonderful laugh, a kind of lusty giggle, and she uses it in Elmer Gantry to show Sharon’s tough delight in her own sexuality. Maybe she’s so good in that movie because she fell in love on the set with its director; she later married him. The film doesn’t deserve or even warrant her nuanced, thoughtful performance, but at least it was a part she could make a feast of; too often, she was stuck in dull movies of little distinction.

Simmons began her career as a very young girl in her native England, a self-described “Cockney kid from Cricklewood,” who first garnered attention when she incarnated Dickens’s Estella in David Lean’s fine version of Great Expectations (1946). In that role, she had a snippy, extremely carnal kind of upper-class bitchery, a remarkable achievement for a working class, untrained teenaged girl. Michael Powell gave her several startling “depraved” moments as a tricked-out native girl in Black Narcissus (1947), where she does a sensual but also savage dance, but it was Laurence Olivier who trusted her to play Ophelia to his Hamlet in 1948, which acted as a calling card to America. In Hamlet, Simmons is a piercingly pretty little blond, like a tiny sexy bird about to sing, and her Ophelia seems unstable from the beginning, as if one tiny push would send her into madness; she’s quite good in the mad scene, especially considering the fact that she’s not really a fragile type. There was always something hard and saucy about Simmons’s demeanor, something snarly and even metallic in her voice, but her Englishness often got her cast as prudes when she went to Hollywood in the ‘50s, where she found herself literally bought by Howard Hughes.

Married to Stewart Granger, Simmons struggled to get away from Hughes in Hollywood, but her association with him led her to her most important movie, Otto Preminger’s Angel Face (1952), a major study of criminal apathy that is predicated on the unknowability of Simmons’ lovely but guarded face. As Diane Tremayne, a restless, empty bad seed with Bettie Page bangs and a devil of an Electra complex, Simmons embodies a kind of negative impulse blindly groping around in a noir void; she often sits at the piano and languidly plays, her shiny black eyes inward and cold. Simmons loathed Preminger; he treated her badly on the set, and that might go some way toward explaining the distance of Diane’s anger. But nothing can really explain the originality of Simmons’s work here. Diane is missing some essential character trait, and Simmons makes this semi-sociopath touching because Diane seems to realize what she’s missing; she seems to long for some kind of connection to another person, some kind of empathy or compassion, but she’s a lost soul, wandering zombie-like through her deserted house after she’s lost her father because of a childlike, “let’s pretend” whim. It’s a performance with no frills, no vanity, and it’s so suggestive yet opaque that it looms like a kind of figurehead in Preminger’s watchful, judicial world.

A few months ago, I heard Simmons in a radio interview she gave to Stephen Bogart, son of Humphrey Bogart and Lauren Bacall, and she dismissed Angel Face (“Is it good? I wouldn’t know,” she said), but when he mentioned George Cukor’s The Actress (1953), she brightened immediately. “Oh! Did you like that?” she cried, girlishly. It’s a superbly observed, small movie about wanting to be in the theater, a bright bookend to her dark Preminger, and though Simmons is miscast as Ruth Gordon, too pretty, she works so hard at the part that she gives it its own kind of believability and pathos. Otherwise, Simmons got stuck in Cinemascope epic junk like The Robe (1953), royal cinema like Young Bess (1953), and a silly Napoleon movie with Marlon Brando, Desirée (1954), but she was charming trying to sing with Brando in Guys and Dolls (1956), and apparently gave a beautiful performance in Mervyn Leroy’s Home Before Dark (1958), a film that’s been impossible to see for a long time. Kirk Douglas had her play opposite him in Stanley Kubrick’s “intelligent” epic Spartacus (1960), where her sexuality and fierceness had one more showcase before her career lost its way completely in the early ‘60s.

As parts dried up for her, Simmons began to drink heavily. She got an Oscar nomination for Brooks’s dated The Happy Ending (1969), where he wrote her a role meant in part to exorcise some of her demons; though she finally beat the bottle and continued to work steadily for more than forty years, Simmons found no parts that were really worthy of her gifts. That record is outrageous—there’s so much she could have done as an older actress. She bravely played Miss Havisham in a television version of Great Expectations (1989), but mainly she had to make do with her own continual neglect as the years went by. In the Bogart interview, she mentioned a lead role she had just finished in a film called Shadows in the Sun (2009), and I would hope that when/if that film gets released it proves a respectable swan song after so many years of unrewarding dreck. At one point, Bogart said to his listeners, “She is beautiful,” and Simmons replied, “You mean, she was?” with a light, sad, sweet laugh; a moment like that showed the grace that allowed her to survive, terminally unappreciated, as long as she did. Her Estella will live, and Ophelia, and her Ruth for Cukor. Her Varinia will always be saying, “He’s free, Spartacus, free,” as Alex North’s lyrical love theme swells on the soundtrack of Spartacus. And Simmons’s Diane Tremayne will always be haunting her own movie, waiting for the release of emotion but settling, finally, for the release of death.

House contributor Dan Callahan’s writing has appeared in Bright Lights Film Journal, Senses of Cinema and the L Magazine, among other publications.