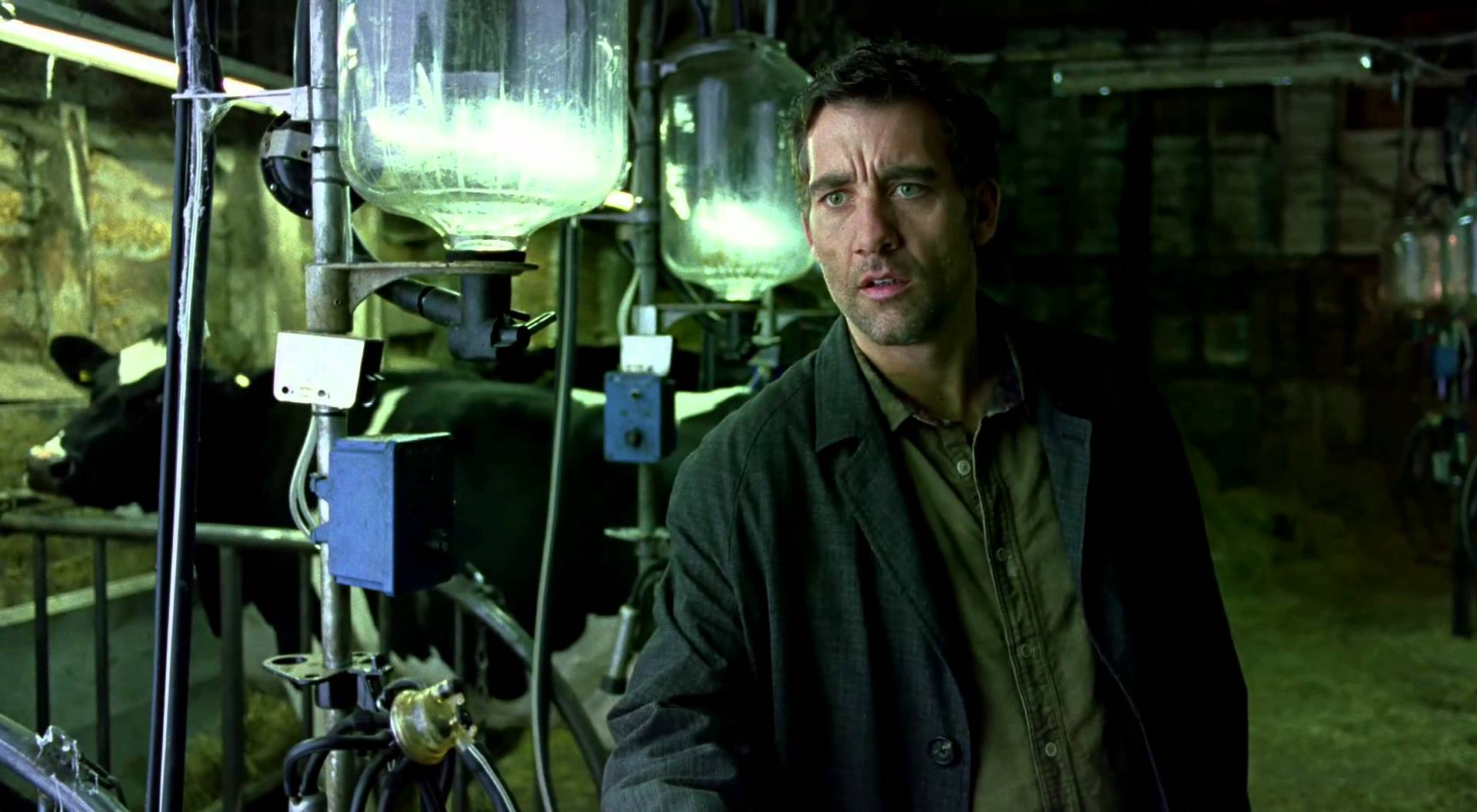 The appalling trailer for Children of Men should give everyone pause, but Alfonso Cuarón doesn’t push any Mother Africa theme throughout this account of a man’s activist awakening in apocalyptic London. The problem with this film, an adaptation of the P.D. James novel, is that it doesn’t push a whole lot. Cuarón and his small army of screenwriters drop us in London with no interest in rationalizing a society’s downfall: why illegal immigrants are so callously hoarded into cages, a pig-shaped blimp hovers in the sky (is it just because it looks cool?), Julianne Moore runs a terrorist group that protects the first woman in almost two decades to have conceived a child, and a stringy-haired Michael Caine lives in the country (with a catatonic wife) growing jealousy-inducing batches of marijuana. But Children of Men is still worth seeing, mainly for the way Cuarón directs the mother-fucking shit out of a flimsy script. Soon after agreeing to secure a young immigrant black woman, Kee (Claire-Hope Ashitey), with the necessary papers for her to leave the country, Theodore Faron (Clive Owen) will learn that she’s pregnant and that the birth of her child may change the face of a world whose youngest person is, after the assassination of a Brazilian teen, an 18-year-old girl. Beginning with the very unexpected death of one of the film’s main characters, in a scene that exudes the we-can-make-it panic of a Zack Snyder zombie attack, Children of Men builds and builds, like a rollercoaster rising uncertainly to the heavens, to a visionary battle sequence. I have to agree with Slant writer Keith Uhlich’s assertion that Cuarón’s images lack for the emotion of Come and See and Underground, but the film’s final leg, during which the sounds of war defy the screams of a newborn child and Cuarón’s camera takes on the point-of-view of a dog of war, chasing Theodore, Kee, and a spastic gypsy woman who looks as if she might be Gina Gershon in disguise through the streets and buildings of a crumbling immigrant ghetto, exudes a voluptuous energy rarely seen in the movies. Cuarón’s virtuostic vision is laced with magical-realist touches (look for Kee in the playground of one scene, glimpsed through teardrop-shaped glass) and reflective of the constant flux that is the bane of so many refugee and immigrant lives.

5 for the Day: Fight Scenes