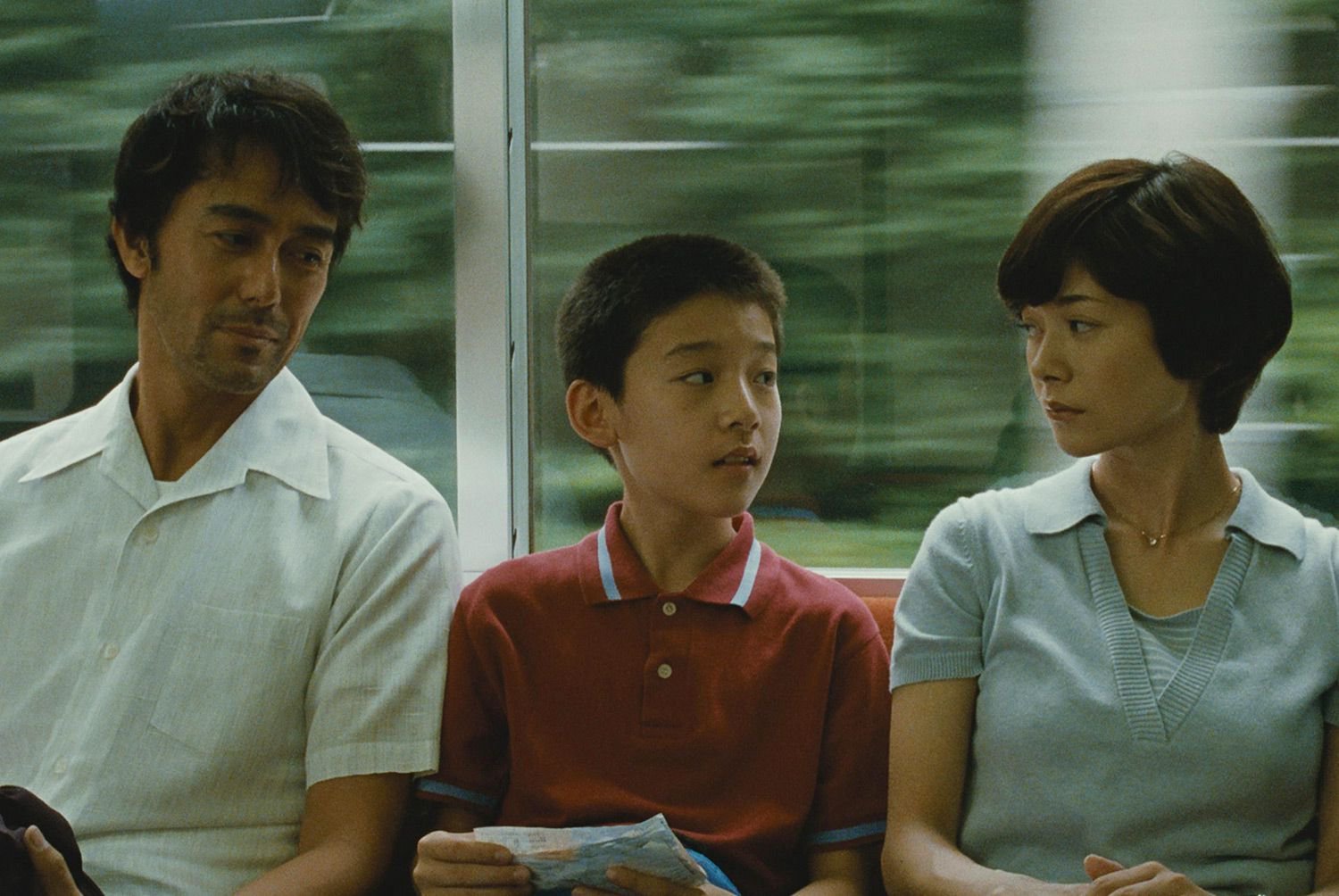 There’s no shame in a filmmaker returning to the same well again and again. Such greats as Éric Rohmer, Ozu Yasujirô, and Hong-sang Soo have all built their careers on mapping out deceptively minor variations on a single set of themes. The prolific writer-director Kore-eda Hirokazu also seldom strays from his core interests: family dynamics, dealing with loss, the small moments of significance that emerge from the everyday. The results, though, are more uneven, ranging from the spellbinding to the overly familiar. After the Storm tips so far toward the latter that it’s hard to glean much enjoyment or insight from its unwaveringly polite, carefully modulated story of a family in not-quite crisis. Understatement, restraint, and quiet wisdoms are usually virtues, but even they can become grating through sheer overuse.

It’s typical of Kore-eda’s patience and moderation that most of After the Storm’s first act is reserved for setting up the various conflicts that will power the film. Fortysomething Ryota (Abe Hiroshi) is introduced at his parents’ cluttered apartment rifling through his dead father’s possessions for something to sell, before his elderly and recently widowed mother, Yoshiko (Kiki Kirin), catches him in the act, leading him to give her a gift in the form of a banknote out of sheer guilt. Money has clearly been in short supply for Ryota for a while now; his job as a private detective, which he insists is research for his actual calling as a writer (the success of his first novel is but a distant memory), is unable to balance out his gambling habit. His lack of funds is also a cause of friction with his ex-wife, Kaori (Maki Yoko), and their son, Shingo (Yoshizawa Taiyo), as he’s unable to make child support payments or even take Shingo on a day out without skimping on the basics. As the title of the film already suggests, a cleansing storm might be just what’s needed.

Yet while the story’s precise set of conflicts takes a while to be laid out, the stock character types that Kore-eda employs across the board means that each figure is pretty much an open book from the start of the film. Yoshiko is a wearingly cutesy grandmother whose endearing eccentricity masks a nice line in homespun circumspection and Kaori is the sort of predictably pretty, perma-exasperated ex-wife who still harbors some sort of feelings for her loser ex-husband, while Shingo is invariably a reserved schoolboy constantly embarrassed by his father’s antics, though he still obviously cherishes any opportunity to bond with the man. And Ryota himself also combines all the qualities you’d expect from a washed-up prodigal father/son: a disheveled appearance, chronic unpunctuality, a penchant for jealousy and self-deception, and a constant need to prove himself.

While working with such archetypes can be diverting when they’re questioned or subverted, Kore-eda is happy to present them entirely as is, presumably as a way of getting at their essence. Yet watching familiar figures interact in the various limited number of ways their characterization permits can only hold the audience’s attention for so long, no matter how competent Kore-eda is at couching this process in precise, beautifully composed images and cutting between them with frequent grace. Based on the central character constellation, the question isn’t whether Ryota will reconnect with his family, but rather in what precise manner this will occur, as an already heavily restricted set of dramatic possibilities is further hemmed in by Kore-eda’s general dislike for showy gestures or unexpected ruptures.

Perhaps following the path to inevitable muted redemption would be more interesting if the acting or dialogue were able to provide some much-needed shading, but both the performances and Kore-eda’s script seem more concerned with blandly affirming the archetypical setup of the story than fleshing it out with complicating nuance. Of the former, Kiki and Abe are perhaps the worst offenders, hell-bent as they are on playing up to the generic qualities of their roles, with their attempts to make their characters amusingly larger than life hovering dangerously close to mugging throughout.

The actors would anyway be hard-pressed to do a great deal with what’s placed in their mouths, as After the Storm’s screenplay is functional at best, content to merely parcel out the necessary information when it’s not indulging in banal comparisons or inserting renewed mentions of earlier sayings. When the very first conversation in the film already makes use of a stew, handwriting, and late-blooming flowers as metaphors for character, it’s clear there’ll be far more where that’s coming from. But what else would you expect from a film that more or less ties its character’s moods to a convenient weather phenomenon from the very start?

Review: The Last of Us