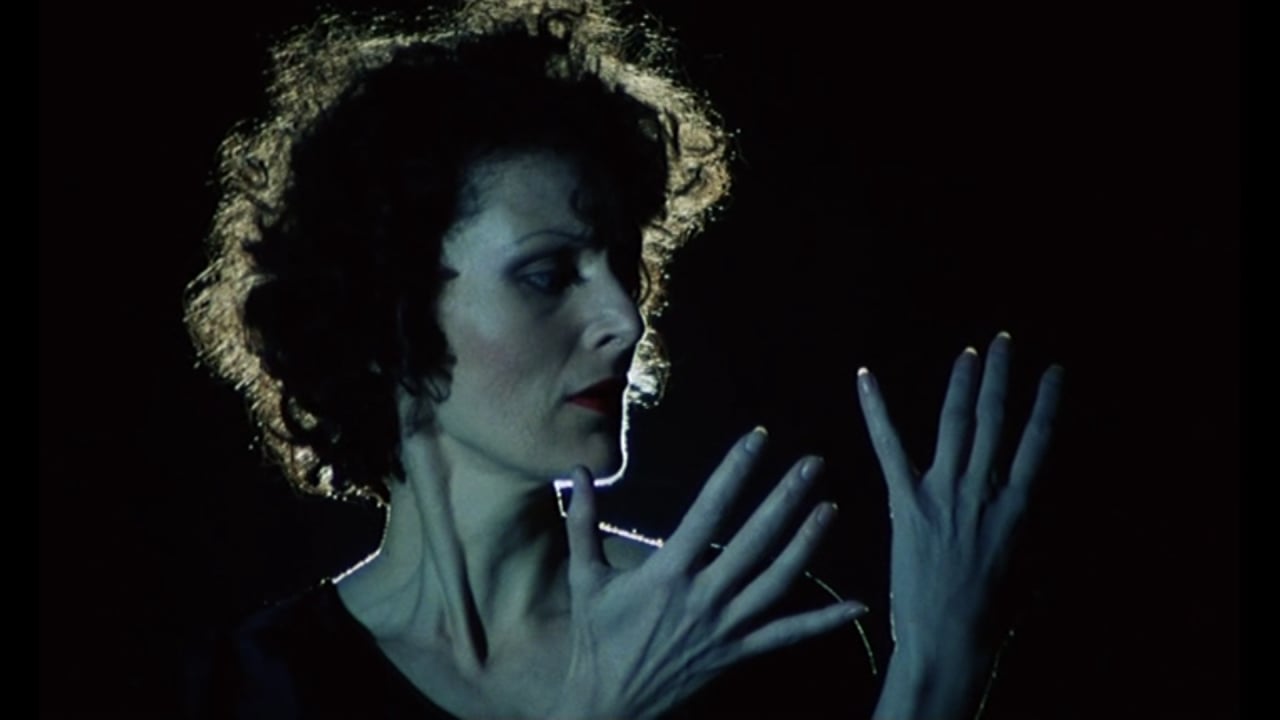 Magdalena Montezuma (nee Erika Kluge) was a German experimental film actress. A muse to New German Cinema filmmaker, Werner Schroeter, Montezuma drifted through the films of Rainer Werner Fassbinder, Ulrike Ottinger, Rosa Von Praunhiem and Frank Ripploh. She played nurses, transsexuals, kings, party guests, mothers and baroque divas. With a striking face to match her flamboyant name, Montezuma achieved a certain, cultish notoriety until her untimely death from cancer at age 41. Schroeter hastily began production on his film The Rose King for the actress, shooting in her final months, as Montezuma longed to capture this energy, “to die on the set.”

She pops up in the first Fassbinder film I ever saw: Beware of a Holy Whore. The film assembles a slew of Fassbinder regulars (Hanna Schygulla, Kurt Raab, Ingrid Caven, Ulli Lommel) and some very fine German auteurs (Margarethe Von Trotta, Schroeter) as they act, drink, and collapse on a film shoot in Spain. There’s a lot of displacement going on—Fassbinder is in the autobiographical film about filming, though he plays the production manager, Sascha. And Montezuma, playing actress Irm (Hermann, one presumes), shoulders the blow of Fassbinder’s vehement misogynies. Heavily painted (as was her custom) Montezuma springs from Schroeter’s arms, throwing herself upon the Fassbinder surrogate: Jeff (Lou Castel). He strikes her repeatedly and she collapses into an abject bundle, howling as she falls to the tiled floor.

As this character, Montezuma manages to embody Fassbinder’s crew of “happily victimized” women. A more quintessential Montezuma can be glimpsed in her final scene in the film, as she rides away from some Spanish isle in shame, cast away from the production. Swaying in the boat and giving the picturesque landscape a run for its money, Montezuma’s architectural face becomes pliable, bursting with tremulous emotions. Opera music blares—it’s the only kind that really suits her. She slowly rocks back and forth. Her performance in that film made a lasting impact on me, though I mistook her for a minor actor, since she appeared in few other Fassbinder films.

When I began to recognize her in other experimental German films of the period, I started to connect the dots. Ottinger made her her Freak Orlando, in the film of the same name, where Montezuma dithers between genders and lovers, rallying armies and snuggling up with Siamese twins whilst covered in scales. Nefarious bad boy Rosa Von Praunhiem gave Montezuma a role respective of her histrionic caliber—the Lady Macbeth in his 1971 opera staging. I can think of no less of a nurturing figure, so it’s with an ironic arch of those painted-on eyebrows that Montezuma nurses Frank Ripploh, as he straddles gynecological stirrups in Taxi Zum Klo. Inspecting his recent outbreak of anal warts, the doctor inserts a metal probe inside the actor/director and Montezuma assures/glares, “You see, nothing to it.”

But Montezuma’s true platform was Schroeter’s non-linear, elegiac films where her sculptural face conveyed a kind of semiotic narrative. Each curled lip and trembling eyebrow imbued meaning into these lush tableau vivants. She is the eponymous diva in his breakthrough The Death of Maria Malibran, singing to an out-of-sync tune, disembodied from speech, even time itself. With her unique features and severe acting style, she steals the scene from her fabulous co-stars—Fassbinder regular Ingrid Caven and Candy Darling. Hers is a strange kind of stardom—made all the more esoteric now that these films suffer from a lack of distribution, but her Germanic countenance is achingly memorable in every inch of vintage celluloid.