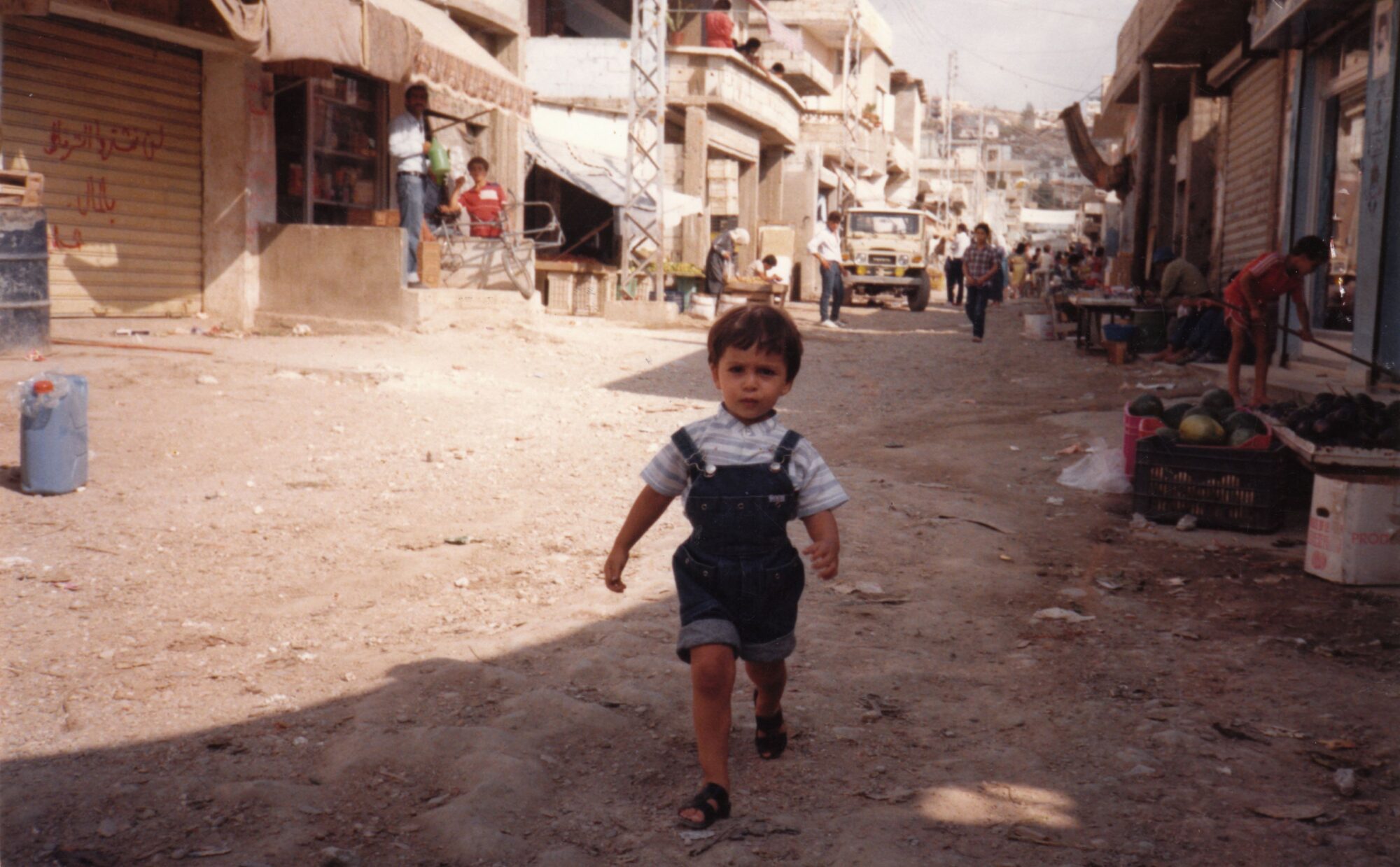 Filmmaker Mahdi Fleifel develops a self-ethnography of exile in A World Not Ours, a documentary shot inside Ain al-Hilweh, a Palestinian refugee camp in Southern Lebanon where he grew up. Fleifel returns home to find the same misery he left behind: youths without jobs, education, or realistic reason to believe in any kind of future. Palestinian refugees in Lebanon have no rights and aren’t allowed to work in most professions. They just hang out at the market, smoke, take showers, and chill at their local PLO office. The one thing that seems to have changed in the years since Fleifel’s departure from the camp is that this nation-less non-place no longer gets overexcited about the FIFA World Cup, which used to be a cathartic opportunity for “becoming” another nation by rooting for teams that were likely to win, such as Brazil, Italy, or Germany.

Fleifel’s usage of a domestic archive of home-video images inherited from his father lends A World Not Ours a simultaneous sense of historical gravitas and intimacy. Much more than an artistic artifact, the film is an important social document, which captures the impossibility of existing without a state to call one’s own. The filmmaker creates a portrait of a homeland-in-waiting by entwining portraits of his cranky 80-year-old grandfather, an uncle who’s gone from heroic figure to village idiot since Fleifel left the camp, and a cousin who’s disillusioned by the Palestine dream to the point of saying, “I want to go on a mission and blow myself up.”

Films like A World Not Ours, which resurrect personal archives in a kind of therapeutic coup de théâtre, tend to work best when the filmmaker chooses nuance and the very opaqueness of memory over the clarity of retrospective thinking to produce their account—as was recently done in Gastón Solnicki’s Papirosen, and to some extent in Jonathan Caouette’s Tarnation, which at least couches its narrative elucidations in title cards. In Fleifel’s film, however, the explanatory voiceover is too often at odds with its experimental collage-like ethos. The filmmaker’s narration can be cringe-inducingly spelled out—even naïve, with lines such as “I’d become a stranger in what I always believed was my home” and “As an outsider I now felt a responsibility to document everything.” The fact that the voiceover is in perfect English, and so frequent, acts like a troubling reminder that not only we will never truly fathom what it means to not have the right to exist, the filmmaker’s privilege of European exile is a prerequisite for the existence of the film itself.