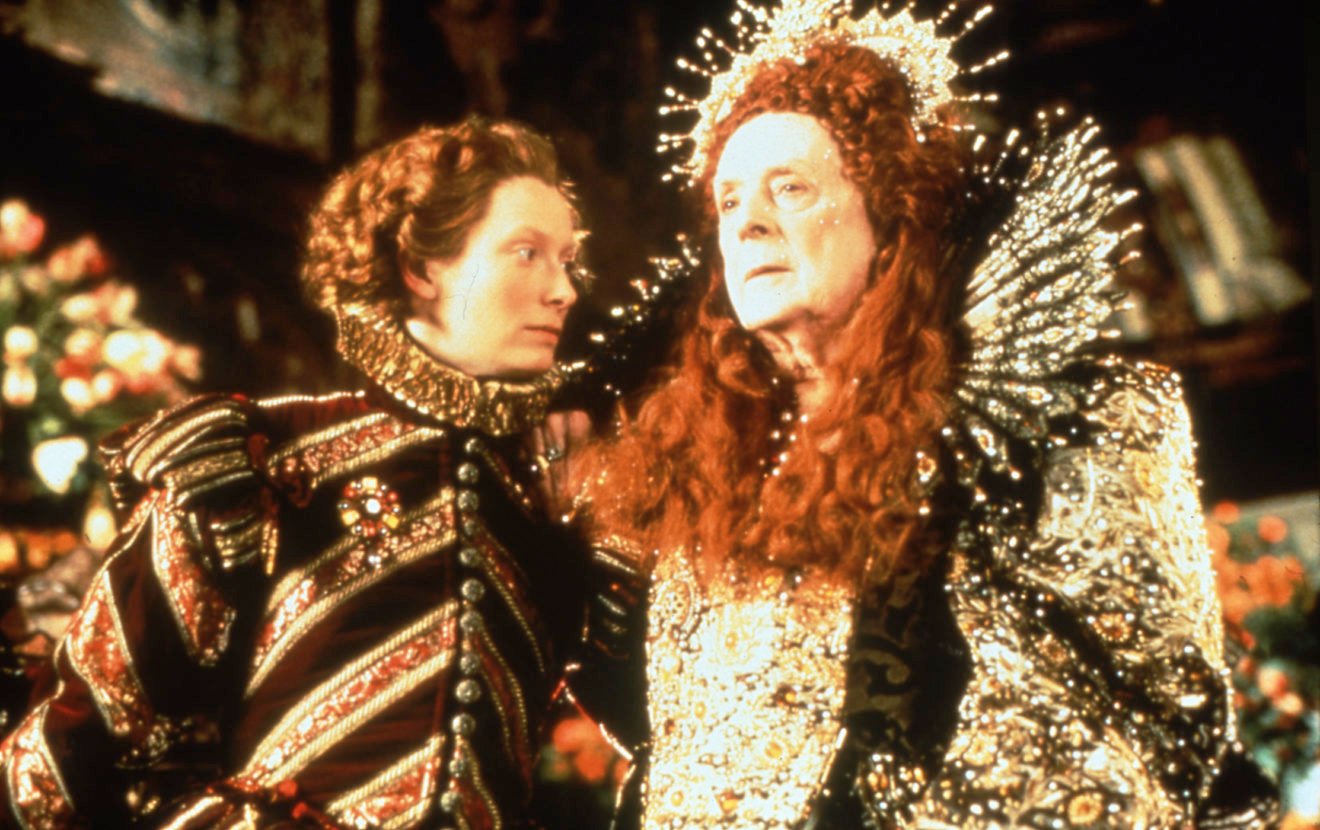 Tilda Swinton’s lamb-to-lion transformation in I Am Love made me want to see (or re-see) more of her work, so yesterday’s movie was a press screening of Orlando.

I missed Sally Potter’s adaptation of Virginia Woolf’s novel when it came out in 1992 and haven’t seen it since, though I kept meaning to, so I can’t say whether the digital work recently done to the film changed it in any way or if it just restored it to its original state. I can attest, though, that Orlando is a beautifully shot, imaginatively constructed, occasionally absurd, but more often tartly funny reverie on the limits of human existence and the possibility of transcendence. In part by translating some of Woolf’s pointed commentary into asides that Orlando directs to the camera (not that he always gets the joke, since he’s often the butt of it), the movie preserves the book’s satiric stake on stupid human tricks like colonialism, classism, and the glorification of war. And, first, last, and always, it takes on gender stereotyping. That’s done in countless small but tasty ways, like when Queen Elizabeth is played by a wink-free, regal Quentin Crisp. It also accounts for Orlando’s second magical transformation, which is one of the story’s main hooks.

Orlando starts out a young man in 1600—and then stays young for centuries, witnessing changes at home in England and abroad as he gets older but never ages. (His eternal youth goes unexplained in the book, but the movie has Queen Elizabeth issue a casual order to her apparently admirably obedient subject: “Do not fade, do not wither, do not grow old.”) He remains a young man for decades, but one day he balks at killing people in a war and the next he wakes up a woman, having proven himself to be no “real man.” He/she accepts the change with typical deadpan aplomb, telling the camera: “Same person. No difference at all. Just a different sex.”

The story’s broadsides sometimes feel awfully broad to me, but the targets are all well chosen—and, of course, they stood a lot stronger in Woolf’s world, and still do for way too many people today. Shooting mostly outdoors, especially when Orlando is a man, Potter’s movie creates a fable-like sense of heightened reality with sumptuous sets and costumes, cutting from one decade or location to the next with the abrupt illogic of a dream. And often, in the background, people are performing—dancing, reading poetry, or singing in yearning tones that resonate with Orlando’s quest for inner peace and fulfillment.

And then there is Tilda. In nearly every scene, often shot in close-ups so tight you can see the down on her cheeks, Swinton carries the movie’s main message in her expression and body language, morphing from a callow if well-meaning 17th-century lord to a truly free 20th-century commoner. I can’t say I ever quite believed her as a man, since the shape of her face is so quintessentially female and the camera hugs her so close, but she sold me on the idea with young Orlando’s impetuous speed, his wide-eyed stares, his unearned but unquestioning confidence around the woman he falls for, his awkward awe in the presence of his queen, and his toothy John Bull camaraderie with the desert prince he encounters overseas. As Orlando learns from experience, and especially after he turns into a woman, Swinton’s movements grow more graceful and self-contained and her gaze becomes soft and wise. It’s an amazing performance that makes visible nothing less than the evolution of a soul.

Review: To Age or Not to Age