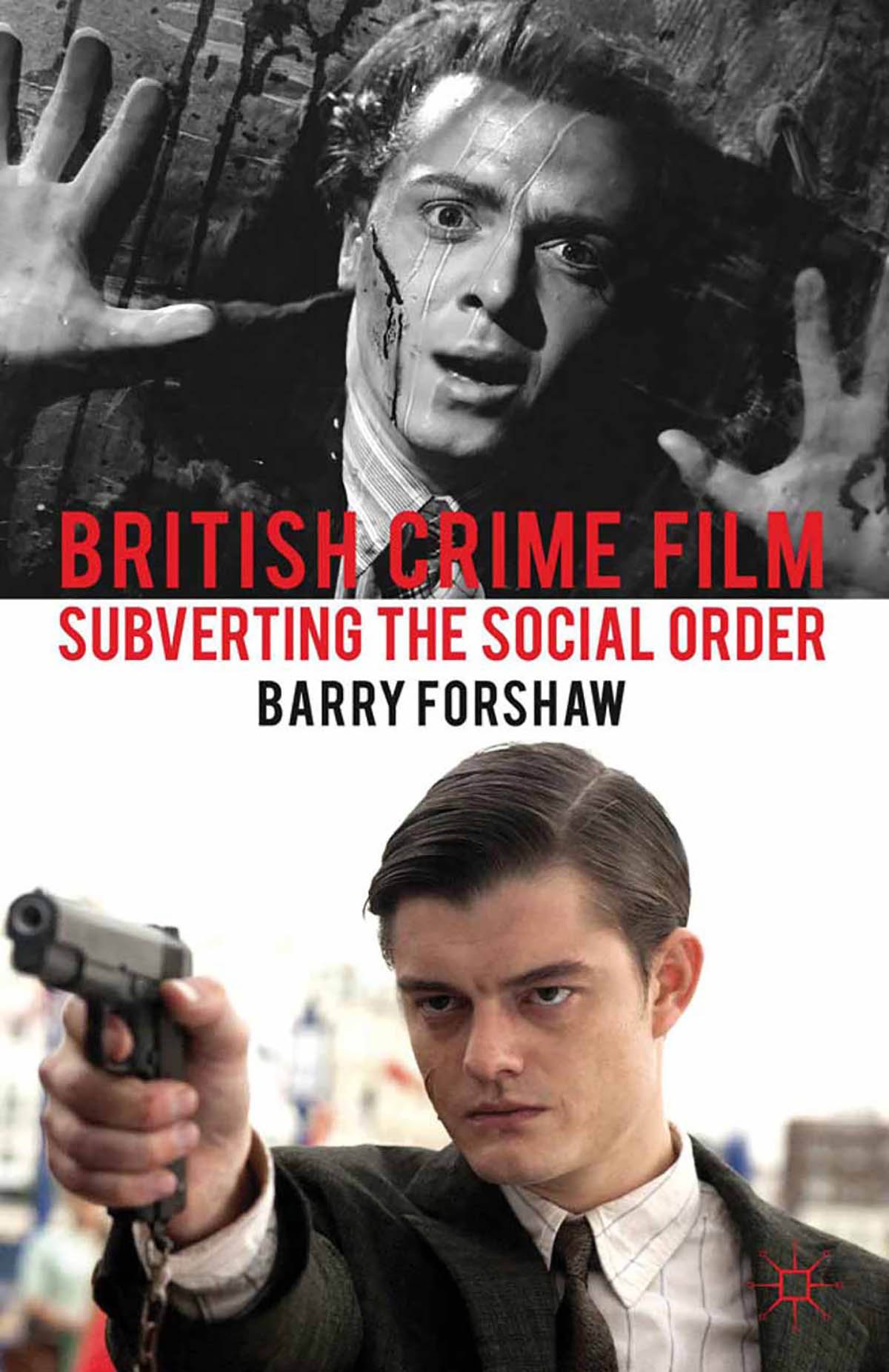 Barry Forshaw has made a career out of studying the dames, pistols, machismo, and glistening city streets that define crime fiction; with previous books such as Death in a Cold Climate: A Guide to Scandinavian Crime Fiction and The Rough Guide to Crime Fiction seeking to provide a comprehensive survey of the genre, he’s made himself, to quote the book jacket of British Crime Film: Subverting the Social Order, “the UK’s principal expert on crime fiction.” Of course, film ain’t fiction, so to speak, and his first book length effort on crime films is like a Webley revolver with a sticky trigger; it works, just not as fluidly or efficiently as one would like. With fairly cursory critical discussions, perpetual plot synopses, and adjective-driven lauding (“an acidulous commentary on class” or “a masterclass in film acting,” to name a couple) in place of detail-driven social criticism, Forshaw has placed himself between a Brighton Rock (1947) and a Kill List (2011), casting his historical net too wide for anything more than introductory textual assessment.

Forshaw is a straight shooter from his first sentence, a question: “Is it possible to read a nation through its popular entertainment?” From there, 15 chapters organized by theme and content rather than chronology attempt to map out British crime filmmaking’s genesis, essentially commencing with early Alfred Hitchcock thrillers (and Criterion Collection staples) The 39 Steps (1935) and The Lady Vanishes (1938) to demonstrate “that Britain’s long tradition of crime cinema may offer a more nuanced, intelligent and politically informed analysis of British society from the 1920’s onwards than more overtly respectable ‘heritage’ cinema.” Serving as his thesis, Forshaw proceeds to discuss hundreds of films (the book is thoroughly researched) on the grounds of subversive elements, from politics (Basil Dearden’s The League of Gentlemen, from 1960), to violence (Peter Medak’s The Krays, from 1990), and homosexuality (Basil Dearden’s Victim, from 1961). The problem is that Forshaw spends only a page or two on each film; by the time he’s given a rough summation of the narrative, his attention to its subversive social qualities is short changed by his self-admitted “celebratory” stance on the subject matter.

In addition to these issues, Forshaw’s central argument seems cribbed from critic Manny Farber’s 1962 essay “White Elephant Art and Termite Art.” According to Farber, filmmakers like Howard Hawks or Sam Fuller are more capable of “eating away the immediate boundaries of his art” because they aren’t so concerned with “treat[ing] every inch of the screen and film as a potential area for prizeworthy creativity.” Forshaw addresses directorial intent in chapter four, explaining that interviews with crime film directors were scarce; when they did speak, directors tended to point their intention toward entertainment value or simply earning a paycheck. It recalls Peter Bogdanovich’s 1969 interview with John Ford, during which Bogdanovich asked Ford how he shot the land-rush scene in 3 Bad Men (1926). Ford replied, “With a camera.” Forshaw wants to read these statements as discretionary, as protection from “producers and much-feared owners of the circuits required for the omnivorous commercial maw,” and concealment of ideological agenda. Unfortunately, examples of sample interviews or explication of this claim is neglected in favor of speeding onto the next topic; in this case, “Heritage Britain,” which seems oddly placed as chapter five rather than chapter two, but I digress. Farber’s seminal distinction is a predecessor to Forshaw’s claims and yet Farber’s name is nowhere to be found, even in an endnote. Such an omission speaks to another of the book’s shortcomings: a lack of engagement with previous critical texts and theorists.

Nevertheless, that very lack positions British Crime Film as a solid introductory book to these films, their themes, and production context. Though Forshaw forgoes larger theoretical pursuits, the wealth of titles and filmic information present is close to astounding. With nearly 350 films mentioned, as well as 35 television series and over 100 crime novels, anyone seeking titles to load into their Netflix queue will be delighted. Moreover, Forshaw wants to rescue neglected genre films and directors, such as Robert Hamer’s It Always Rains on Sunday (1947), Joseph Losey’s underrated The Criminal (1960), or even Gary Oldman’s sole directorial feature, Nil By Mouth (1997) and the book is at its most endearing when discussing such films, due to Forshaw’s clear enthusiasm for saving these titles from obscurity. That enthusiasm, however, is a double-edged sword, as the book rarely rises above his consistent fawning.

For instance, potentially useful is his chapter titled “Mockney Menace: The New Wave,” dedicated (initially) to a discussion of Guy Ritchie and the “sheer energy and exuberance” brought to 1998’s Lock, Stock, and Two Smoking Barrels. Forshaw explains Ritchie in the context of influence and imitation (Francis Ford Coppola, John Mackenzie, Quentin Tarantino), ultimately attempting to evaluate Ritchie for quality (Forshaw thinks he’s pretty cool). Instead of grappling with Ritchie’s films and impact for 10 or 15 pages, discussion immediately jumps to successors like Matthew Vaughn, Jonathan Glazer, and Paul McGuigan. It’s as if Forshaw is afraid his encyclopedic crime film knowledge will be questioned if he doesn’t brush upon every single applicable director. Even more unnecessary are aside mentions of films like Kick-Ass (2010) and A Clockwork Orange (1971), which have little to do with the analysis at hand. So, rather than a tight, socially focused chapter devoted to an important figure like Ritchie, it’s a rap session on mock cockney filmmakers from the past decade, with little productive social commentary. That description could characterize much of British Crime Film: Subverting the Social Order, a cataloguing of films, topics, and directors, without a subversive order of its own.