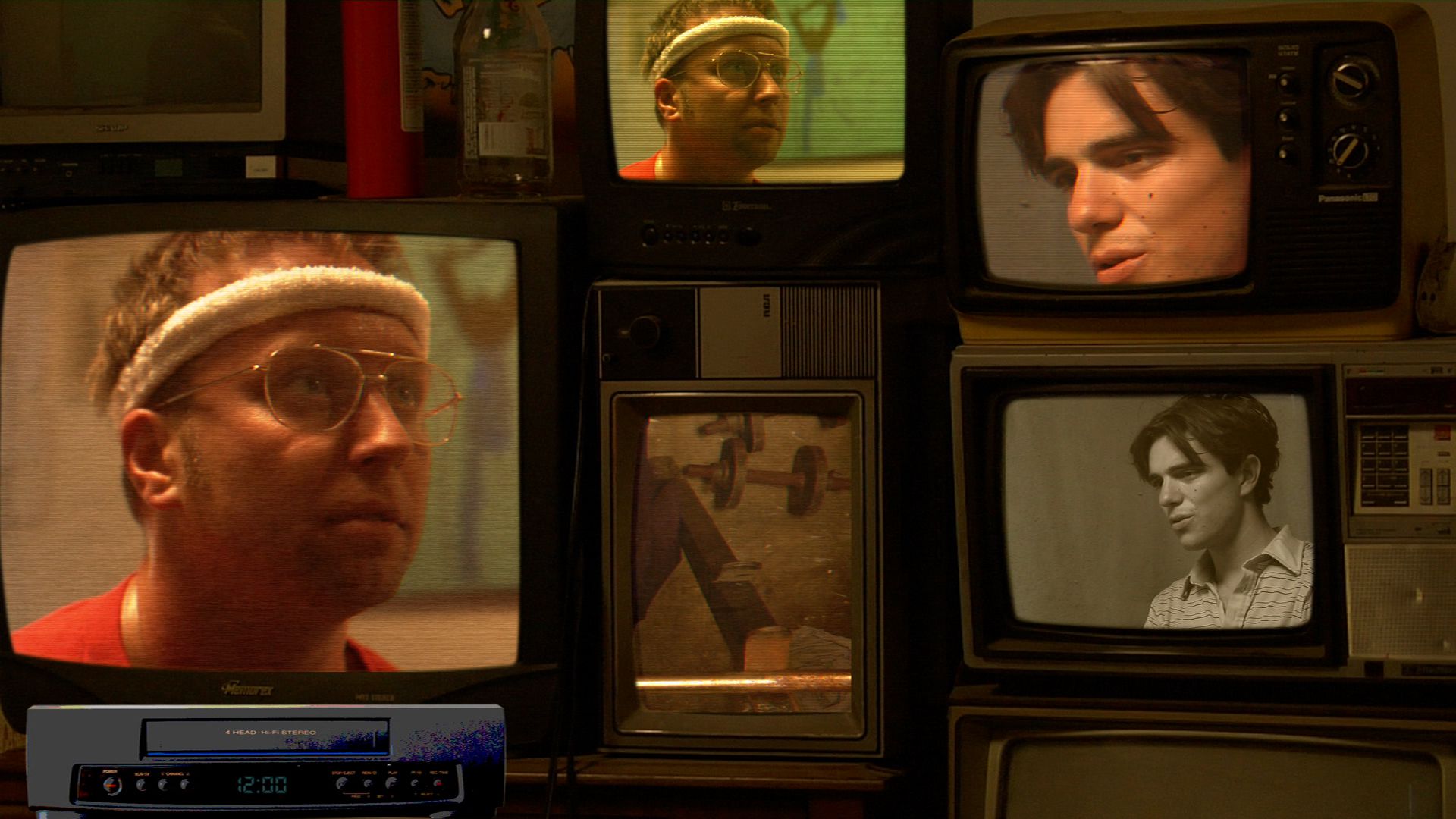 The most egregiously off-putting treatise yet on modern media addiction, 0s & 1s makes its case against the Internet-ized life by depicting its tale through fractured imagery designed to resemble a computer’s icon-littered desktop. With the primary proceedings taking place simultaneously across overlapping screen quadrants, all while social networking apps, spam advertisements, and media players (providing info on the given soundtrack selection) crowd the frame, and spoken conversations appear as IM text dialogues and encounters take the form of video games, Eugene Kotlyarenko’s debut belligerently mimics the look of your daily OS view.

This splintered action supposedly reflects (and critiques) the way in which computers, cellphones, and other consumer gizmos now dominate our interactions with reality. It’s an obvious and well-worn point already covered, mundanely but with nonetheless more verve and wit, by LOL and Afterschool, and one that proves insufferable courtesy of Kotlyarenko’s unique aesthetic schema. Though mercifully diverting one’s gaze away from the uniformly amateurish performances, his visuals are so busy, cluttered, and self-consciously pleased with their own cleverness—not to mention just plain unattractive, what with their assaultive, if accurate, replication of DOS gibberish, crash screens, emoticons, and every other Web and smartphone signifier imaginable—that the film is just about unwatchable.

That’s an insurmountable problem, since 0s & 1s’s seemingly improvised mumblecore-ish story is secondary to its style. The morning after a party where he made a drunken ass of himself, 23-year-old Californian James Pongo (Morgan Krantz) awakens to find that his beloved laptop is missing; desperate to plug back in, he goes in search of his missing goods by visiting the former high school acquaintances who also attended the shindig. Guided by on-screen maps, James stops by a host of bland ciphers who express their disgust with him via virtual Facebook/Twitter/texting means, all while James becomes increasingly unhinged, with his rude and irrational behavior—driven by the desire to check his email—ostensibly signaling our consuming, unhealthy obsession with our gadgets.

This devolution into unhinged nastiness, however, is nullified by the fact that James is a douchebag even before his gear disappears, but more crucial still, 0s & 1s negates its own critique by so gleefully reveling in the grating digital detritus it pretends to censure. Kotlyarenko’s film certainly knows its online tropes, but its portrait of The Way We Live Now 2.0 is so obvious, gimmicky, and pedantic—and, to restate the case, unsightly—that it makes one crave not only a worldwide Internet meltdown, but also a quarantine on indie filmmakers intent on addressing our contemporary state of the techno-union.

True/False Film Festival 2011: Truth vs. Fiction and You Are All Captains