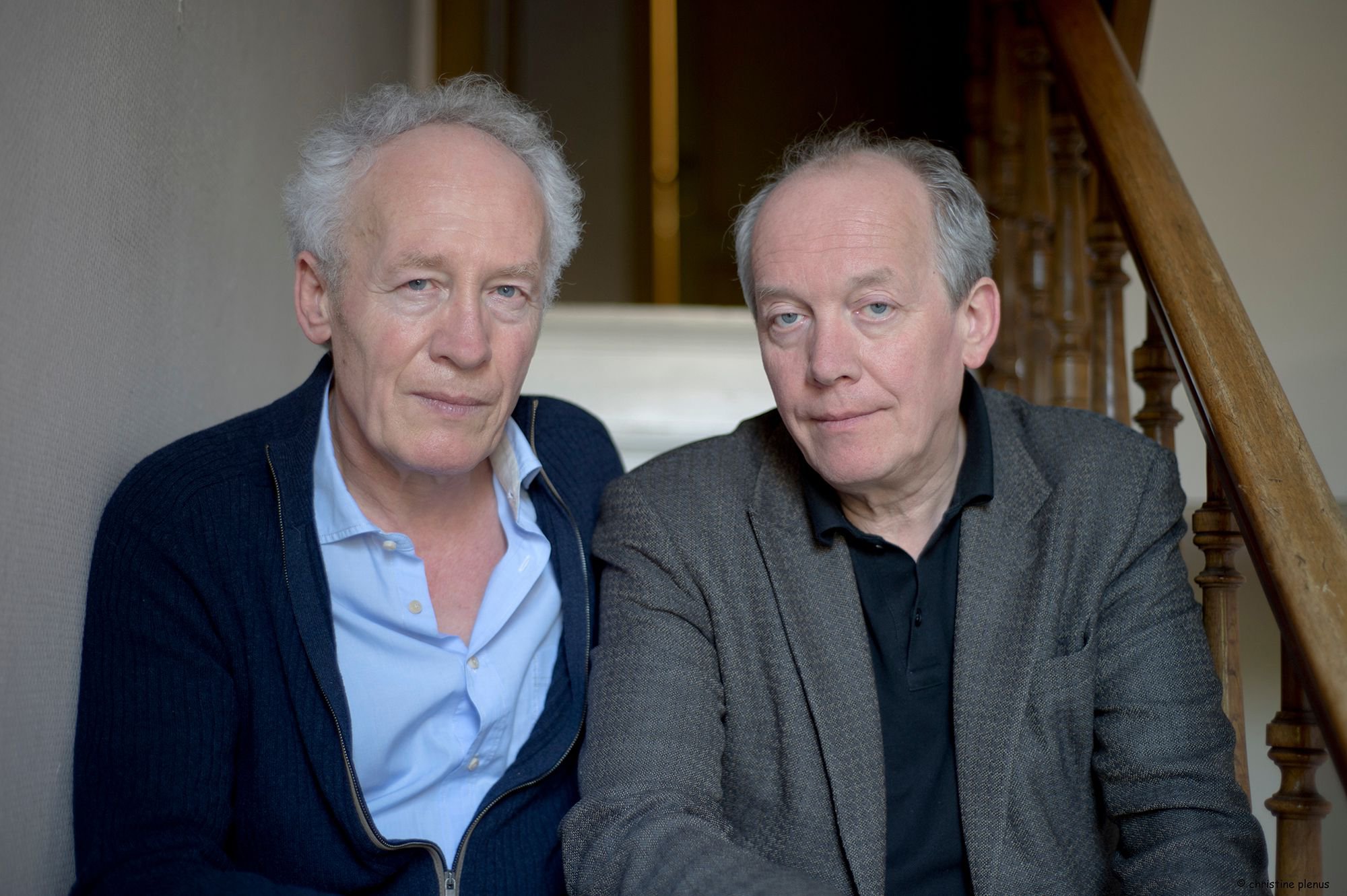 Jean-Pierre and Luc Dardenne’s films, about ordinary people in mundane situations, continue to provoke because of the moral issues that they raise. Their latest, The Unknown Girl, is no exception. The film, which premiered at last year’s Cannes Film Festival, tells the story of a young doctor, Jenny Davin (Adèle Haenel), who isn’t able to cope with the tragic death of the immigrant prostitute who, after arriving at Jenny’s clinic after hours, the doctor refused to help. What follows is a desperate search on Jenny’s part for answers about the woman’s identity and the murder she feels she could have prevented.

I had the chance to sit down with the Dardennes to discuss The Unknown Girl and the hot-button issues at its center, as well as the approach that has made them one of the most acclaimed filmmakers in the world.

Your films, always rooted in the present, tell stories about regular people and their ordinary lives, but this commonness is frequently interrupted by an event that’s far from expected, that shakes the very base of the neatly arranged lives and realities. The same is true for The Unknown Girl, which quickly turns from being a drama to something resembling a detective story.

Luc Dardenne: We’re interested in cases, where things get out of hand, when they can’t be sorted or arranged. The surprise is what keeps everything exciting. In the beginning of The Unknown Girl, Jenny is casually working in her office, teaching an unruly intern how to behave in a typical workplace. It turns out that they have to stay after hours one day, and then, out of the blue, the doorbell rings. It’s irritating, full of tension, urgency, and impatience. Jenny wants to teach that intern that people have to respect fixed office hours and the doctors need to psychically relax after a long and stressful day. She decides to ignore the doorbell. Perhaps, though, if she had been alone, she might have opened it. This is the first ignition point: the single circumstance that has the biggest impact on what comes next.

And again there’s a female protagonist at the center of the film.

LD: I honestly have no idea how we end up talking about women all the time. Who knows, maybe each of us carries some kind of a female element in them? Anyway, someone who didn’t know me personally once told me that La Promesse looks like it was written and imagined by a woman. But it’s still us we’re talking about! On the other hand, for the both of us, female leads are just more interesting to present on film. The story of the unknown girl wouldn’t work either if it had been a story of a man. It would be something completely different. Jenny isn’t just a doctor. She’s a woman with a past of her own, who’s experienced domestic violence and through that her character is painted with a much more dramatic quality.

But violence against women is just one hot topic here. You two also decided to incorporate into the story immigration crisis in Europe.

Jean-Pierre Dardenne: I can’t imagine us doing otherwise. As soon as we started working on the project, we knew that it had to be included. It’s something we deal with every day, although it may not be breaking news anymore. We strongly feel that, as Europeans, we simply had to talk about it in the best way we possibly can, and as filmmakers that was through film. We were both extremely moved by pictures of overflowing boats arriving on the shores of Italy or Greece. People sinking, grabbing anything there was to stay alive. That’s why we decided on making the unknown girl an immigrant, and on locating action close to water and to the harbor.

LD: It’s important for us as filmmakers to make films that are close to people and their everyday troubles. We just want to combine art and society in that way, and we need to be close to wherever cinema is needed. What we’re looking for is reality, not fiction. We’re not old academics, sages, or teachers who are showing the world the way it should be and how all evil can be punished. We prefer to speak from the perspective of the ordinary gray man. It’s his fate that lies deep in our hearts and is just interesting for the audiences. It’s not pure calculation, and I know some people have used this word to describe our films. It’s an answer to what we see around us.

Are there any rules you follow when working on the set?

JPD: Well, actually, it might be finally time to come clean and reveal it at last. Yes, we follow a certain method [laughs]. We introduced it and then refined it over the years and, so far, it’s worked marvelously. We always want to tell stories from the perspective of our protagonist, to be as close to them as possible. Taking part in the action is our thing. Only in this way does the dialogue not become artificial. Secondly, we shoot in chronological order, at least most of the time, beginning with the first scene. It’s important, because that way we’re growing up with our protagonists and actors, inviting them to cooperate. Besides, work on each individual picture is preceded by a four- or five-week-long intensive period of preparation, without the technical crew. It’s just us and the actors. When we’re ready—

LD: Although we can never say we are ready, really—

JPD: Indeed [laughs]. Anyway, when we’re ready, we invite the rest of the crew and start working with them. During the rehearsal period we record a lot of footage with our small cameras, and then every day we watch what we recorded. That’s our daily routine. If we find a shot we really liked, we’ll just try to convince the actor to do it again but for real this time.

Does it happen sometimes that you disagree or argue on certain aspects of the film or in life generally?

JPD: We never argue. When we were kids, we’d sometimes fight over things, but that’s just what siblings do. We were never brutal or extremely violent against each other though. We would usually argue over out mother’s attentions.

Do you have any specific situation in mind? Would this be a theme for another one of your films, perhaps?

LD: Who knows, maybe one day. When I recall certain situations from our childhood I often come to the conclusion that it was all about our father. In a strange way, we allied against him, but when it came to our mother, we were always against each other. I’m sure she preferred Jean-Pierre. He’s three years older than I am, so I guess I can understand that. With younger siblings, parents always rely on the older one to help take care of the younger. This was also the case with us.

And nothing of the sort happens on sets these days? No intensive conversations or exchange of views?

JPD: It’s like we are one on the set. It sounds odd, but we’re always of the same opinion. Each and every new project is a joint effort and sacrifice, so it would be unreasonable to divide any responsibilities between ourselves or to argue. At the end of the day, one has to remember that it’s not just us we’re talking about, but dozens of our collaborators. When we start to build something together, we work every day, almost without interruption. We spend a lot of time together and support each other every step of the way. It happens that one of us begins writing a scene, and then the other one finishes it. We correct each other and share ideas. Sometimes one of us writes a piece of a scene and leaves some traits, like puzzles, and the other one has to figure out what that was and try to complete the scene with the use of it. It’s ideal, and we can’t imagine a better cooperation with anyone else.

After the premiere screening of The Unknown Girl in Cannes you decided to edit several minutes out of the film. Why?

LD: Well, truth is, even before Cannes we had some doubts about a certain scene. We weren’t entirely happy with it. But because there was no time, in the end we decided to give it a shot the way it was. We showed the film to some dear friends and someone pointed out that there’s a problem with the rhythm of the story. We then thought that, if after Cannes we still felt the same way, we’d shorten the film. And so we did. We came back home, called our editor, Marie-Hélène Dozo, and talked about it. She suggested to edit a little more and there it was: Seven whole minutes were cut out!

JPD: It seems to me that it may also be a matter of taking a break. You see, after the shooting, we usually take two, sometimes three weeks off to rest and stop thinking about the material. Get perspective and breathe. This time, however, we thought we didn’t need to really and we went straight into the editing room. And that was an obvious rookie mistake. We were wrong, because everyone needs a break. You can’t just be trapped in the same story over and over again for God knows how long because it just isn’t good for the film. And you’re not doing anyone any favors by working too hard. A breather is also required because then you’re going into the editing room being well aware that you’re about to murder some parts of yourself. [Laughs.]

Holidays it is then! Another rule of making films according to the Dardennes?

Review: Rebel in the Rye