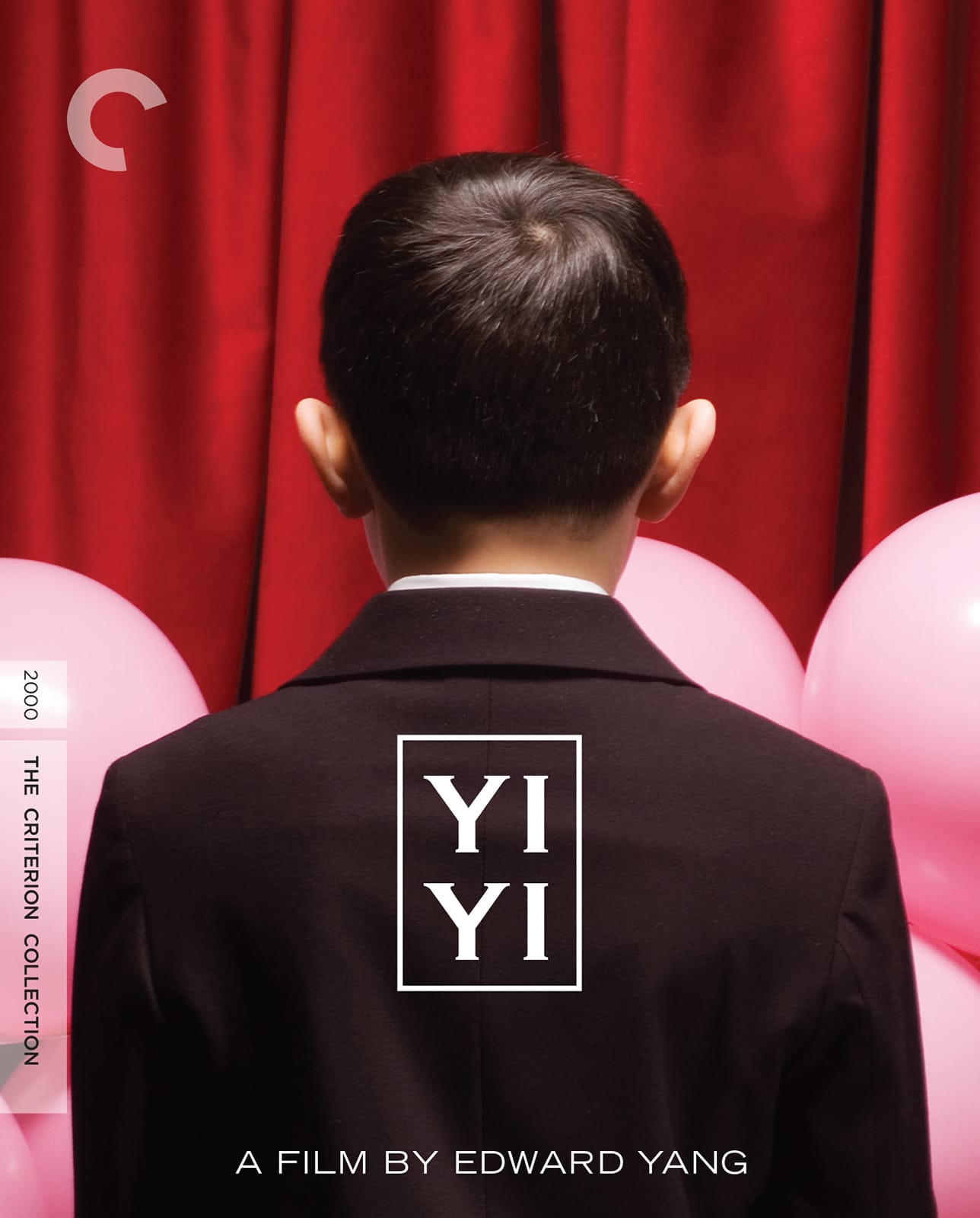 The death of 59-year-old Taiwanese director Edward Yang from colon cancer in 2007 remains one of film history’s great tragedies. Not only was Yang a relatively young master filmmaker, but most of his films are still in distribution lingo, relegated to random film festival screenings and rare retrospectives. Of Yang’s eight features, A Brighter Summer Day seems to be his ultimate examination of a society in transition, layering ideological and political allegories onto a horrifying story of guilt and murder. But Yi Yi (A One and a Two) remains his most widely seen (thanks to the Criterion Collection) and endearing cinematic love letter to the patterns of everyday tragedy and beauty, a collage of quiet moments and observations that speak to both personal and universal experiences.

It’s a testament to Edward Yang’s lasting influence on me personally that Yi Yi, his final completed project and lone entry for the decade, still stands as my favorite film of the aughts. Yang’s epic consideration of one year in the life of a middle-class Taipei family, bookended by an eventful wedding and a moving funeral, examines the nuances of emotional change within an epic fishbowl of nuance. Whether it’s daughter Ting-Ting’s (Kelly Lee) experiencing the disappointment of first love, father NJ’s (Nianzhen Wu) yearning to revisit the past, or young son Yang-Yang’s (Jonathan Chang) philosophical musings about the contradictions of everyday life, Yang weaves all of their stories together with a keen attention to the detail of character. The small shifts in movement and expression mix seamlessly with the slow realizations of familial growth and stagnation. People pass through our lives, and we must confront the impact of the ripples they create.

Throughout Yi Yi, Yang constructs a dichotomy between faux-celebration and mourning. This pattern begins with the rushed and slightly ill-conceived wedding banquet littered with drunken buffoons and melodramatic assertions, a stressful event that culminates with a tragic stroke suffered by the family’s grandmother. From here, Yang cuts back and forth between moments of fleeting joy and the inevitable melancholy and sadness, prisms of emotional complexity that reflect different avenues of possibility. Ting-Ting strikes up a promising relationship with her friend’s ex-boyfriend, only to see the weak-willed teenage boy drift back to his previous crush when the other girl shows increased interest. During the sublime opening sequence, NJ accidentally runs into Sherry (Su-Yun Ko), his college girlfriend whom he walked out on 30 years before. The two stare at each other, for a moment as Yang-Yang looks on, Sherry finally asking, “Is it really you?” Later, they rendezvous in Tokyo to reconnect, discovering the deep-seeded trauma still breathing underneath the surface. And then there’s Yang-Yang, a quiet, inquisitive young boy who gets picked on constantly, yet expresses wisdom far beyond his years. Yi Yi is full of these brilliantly reflective interludes, and each taps into Yang’s overall mosaic of small but crucial life experiences.

Yang’s aesthetic approach relies on the use of extended takes, often shooting characters in long shot while they’re shrouded in shadows, obscured by structures or objects, and sometimes completely off screen. We hear conversations from afar, drifting on the periphery as these characters deal with transitional decisions such as a breakup, the loss of a loved one, or the realization of failure. Every one of these scenes, whether it’s Ting-Ting’s guilt-ridden confession to her comatose grandmother, or NJ and Sherry working through their difficult past at a Japanese shrine, allows the viewer to witness honest expression without the crutch of close-ups or melodramatic music. Yang purposefully avoids overt stylistics, blurring faces, expressions, and subtle actions, slowly developing character through blocking their bodies in and out of the frame. It’s as if Yang wants to give each of his human creations a suitable distance/space to experience these personal moments of expression and emotion, no matter if they include excitement or disappointment. More so than any other filmmaker, Yang respects his character’s privacy, revealing just enough of their vulnerability and hesitation during these bits of crisis. This gives each scene a unique transcendence that lingers, subverting issues of duration and proximity in the process. The viewer, like the wall of family portraits hanging in NJ’s home, watches the glories and sorrows occur without interruption.

Time passes without any specific indication, allowing the film to live and breathe much like the characters themselves. Honest pockets of conflicted emotion appear—Ting-Ting’s guilt, Yang-Yang’s curiosity, and NJ’s regret—to inherently contrast with the morally ambiguous compromises made by the selfish supporting characters on the film’s outer borders. But the joys of Yi Yi come in watching reflections about life and love bounce from one character to the next in small bursts of dialogue. One particularly beautiful moment occurs when Yang-Yang asks his father, “How can I see what you see?” NJ’s confused but delighted reaction speaks volumes about their relationship, or at least the one he hopes to have with his son. What at first seems like a standard father/son dynamic is really a complicated overlap between shared generational experiences—memories in the making.

Finally, Yang brings his character’s full circle, from life to death, and the ending funeral provides a window into the film’s core motif: generational communication. As the rest of his family sits and watches, Yang-Yang recites a letter to his dead grandmother, finally able to transcend his fear and put his deep thoughts into words. “I want to tell people things they don’t know. I want to show them stuff they haven’t seen…So that one day I can find out where you’ve gone.” It’s one of the most stunning and genuine moments in cinema history, and it shows the purity of a child transitioning into a self-aware human being. But Yang-Yang’s final speech carries the weight of adult experience as well, and the young boy admits that he now “feels old” like his grandmother. Such complexity is a treasure, and Edward Yang most certainly remains one of the cinematic masters of subtext, able to construct a lifetime’s worth of hurt, happiness, and humility in a single frame. In the end, Yang’s greatest autuerist contribution resides in the frank and simple words of his young voyeur, who contemplates life’s paradoxes by taking snapshots of the back of people’s heads. When asked why, Yang-Yang simply says, “You can’t see it for yourself. So I help you.” Edward Yang did the same.

First things first: Yi Yi is a must-own for any serious cinephile out there. That being said, there’s not a substantial difference between Criterion’s 2006 DVD release and the high-definition transfer of this Blu-ray disc. The 1080p image quality is consistently excellent, detailing a constantly fluid time and place that always feels fresh and invigorating. The neon lights dominating the Taipei cityscape are something to behold, only matched by the brilliant layers of light and warm tones found in the interior spaces. The red carpet and pillars of the hotel lobby at the beginning wedding banquet, Ting-Ting’s forest green school uniform, and Yang-Yang’s bright yellow shirt all provide splashes of color that guide the eye across a landscape bursting with possibility and melancholy. Yang’s static long takes allow the home viewer to study his imagery with a painter’s eye, finding new treasures with each subsequent viewing. The sound design is perfectly adequate, and Yang’s musical cues get me every time. Still, I had to turn the volume way up in some parts to hear the dense ambient noise filling the space.

Here’s an excellent example of quality over quantity. An in-depth audio commentary between writer-director Edward Yang and film critic Tony Rayns is the disc’s major contribution. The two friends discuss the film’s production and aesthetic process, but also the core themes the filmmaker wanted to convey. Yang’s soft voice sounds incredibly friendly, adoring, and knowing, providing an excellent guide to unlocking some discoveries within his masterful film. Secondly, the disc contains a video interview with Rayns discussing the New Taiwan Cinema Movement, the rise of filmmakers Hou Hsiao-hsien and Edward Yang, and the socio-political focus these filmmakers wanted to dissect by looking back at Taiwan’s traumatic past histories. A theatrical trailer is also included, along with a booklet featuring an excellent essay by film critic Kent Jones. Finally, it should be noted that each of these extras can be found on the 2006 release of Yi Yi.

Yi Yi remains a fitting cinematic epitaph to the graceful canon of the brilliant Taiwanese filmmaker Edward Yang, who before his death in 2007, was the film world’s preeminent observer of human complexity.