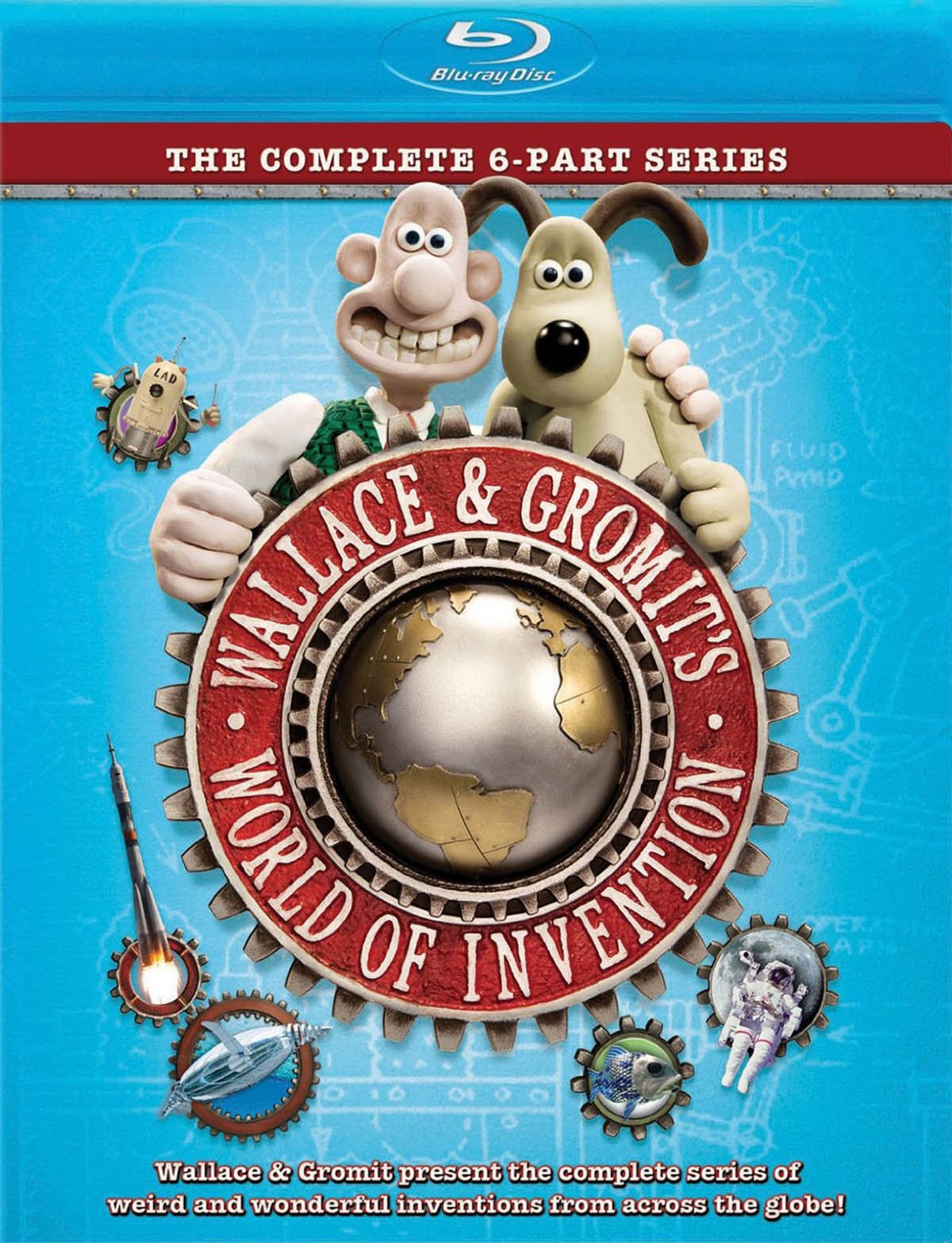 Nick Park’s Wallace and Gromit are practitioners of pure invention, while in themselves being animated monuments to the endurance of man’s obsession with invention. A freelance creator of gizmos, gadgets, and irreverent gobbledygook, Wallace, a paunchy Englishman with a bald scalp, is forever being saved from imminent pain or death by his wise, silent, floppy-eared pup, Gromit, more unknowingly than knowingly. Gromit is, like Chaplin, Keaton, and Lloyd, an agent of reaction and movement, a more visually direct and physical form of invention than Wallace, setting up an efficient, classical comedic dichotomy.

In both the now-classic Wallace and Gromit shorts and the triumphant feature-length The Curse of the Were-Rabbit, Park provides playgrounds of busy mechanisms for Wallace and Gromit to toy and play with in the quiet English hamlet where they make their home. So, the choice to have this duo host a show about invention not only makes perfect sense, you almost have to wonder how it took so long to transfer them into this medium. Of course, some of the blame rests on the hectic, elongated schedule that must be adhered to if one is to make Wallace walk around and spout about his love for “lovely cheese” for just one minute. Nevertheless, choosing Wallace and Gromit as the true successor to Bill Nye the Science Guy should have been an idea as immediately conjured as the idea of opening an umbrella in a sudden rain storm. It should come as even less of a surprise that Wallace & Gromit’s World of Invention, though consistently engaging, informative and fascinating, doesn’t exactly deliver the goods in terms of the legacy of its namesakes.

The series runs a little less than three hours and consists of six episodes, and, speaking charitably, about a third of that time is spent with our heroes. But then, there are traces of Wallace’s effervescence in a great deal of the inventors, theorists, and historians who are interviewed and documented throughout the course of the show. The best episode is the first one, in which man’s furious need for invention and creation is tied to both our connection with animals and primitivism, and the future of power and technology: robots and radio clocks powered by pesky flies; miniature airships made possible by studying the swimming patterns of penguins and manta rays; buildings inspired by termite colonies use of air flow; an enormous roaming animal built out of PVC and powered by the wind. There’s also a bit of business about underwater respiration that sounds more mind-blowing than it looks.

The difference between what we imagine creation looks like and its realities is a central theme of the show; the program should have included a behind-the-scenes look at the tedious work that goes into making Wallace and Gromit’s lively adventures. Indeed, a crucial thematic facet that Park shares with the gaggle of inventors shown and studied is that failure isn’t only unavoidable but beneficial to the process of invention; the key characteristic of all those shown is a certain resilience and humble confidence in their projects and their goals. Nathan Stubblefield, a pioneer of audio frequency induction, never got much, if any, money for his invention of an early form of a wireless telephone, but his inability to find funding or reimbursement hasn’t tarnished his legacy as a prophetic inventor; similar things could be said about Tony Sale, an early robotics pioneer who is profiled here.

Messages, inescapable in this setting, tend to come off as obnoxious and formulaic, but in the context of World of Invention, the positivity shown toward education, wit, technical ambition, contemplation, and, above all else, hope comes off less saccharine than honest-to-goodness cool. This is to say that in what was likely its principal charge, World of Invention is an unmitigated success from top to bottom. Still, one needs only look at Wallace taking a hunk of radioactive cheese to make one yearn for more of Park’s unique brand of expressive creation.

Lionsgate has done a solid, though far from stunning, job with this 1080p transfer. Since the interviews and other footage come from a mixed bag of sources, the real test is the animation, which looks very good. Colors look great, though Aardman Studios favors dull and darker tones, and the overall detailing and clarity is above admirable. Even the 16mm and 8mm footage used during the interviews looks very nice. The same goes for the audio, with dialogue up front most of the time, overtaken at moments by natural elements and atmosphere noise. The occasional bit of score and various pop songs sound well-balanced in the back. Not a banner release, but certainly respectable.

The sole extra here is a set of videos depicting neat DIY projects, many of which are alluded to in some way throughout the series. If you have a kid or just have a thing for invention, they might be of interest, but I was let down that there wasn’t any making-of material, which would similarly fit in with the show’s themes and goals.

The matching of Aardman Studios’s inventive diptych and real-life, state-of-the-art inventors is inevitable to the point where you wonder why it took so long for World of Invention to come about.

Review: Ricky Gervais’s After Life Is a Mind-Numbing Bore