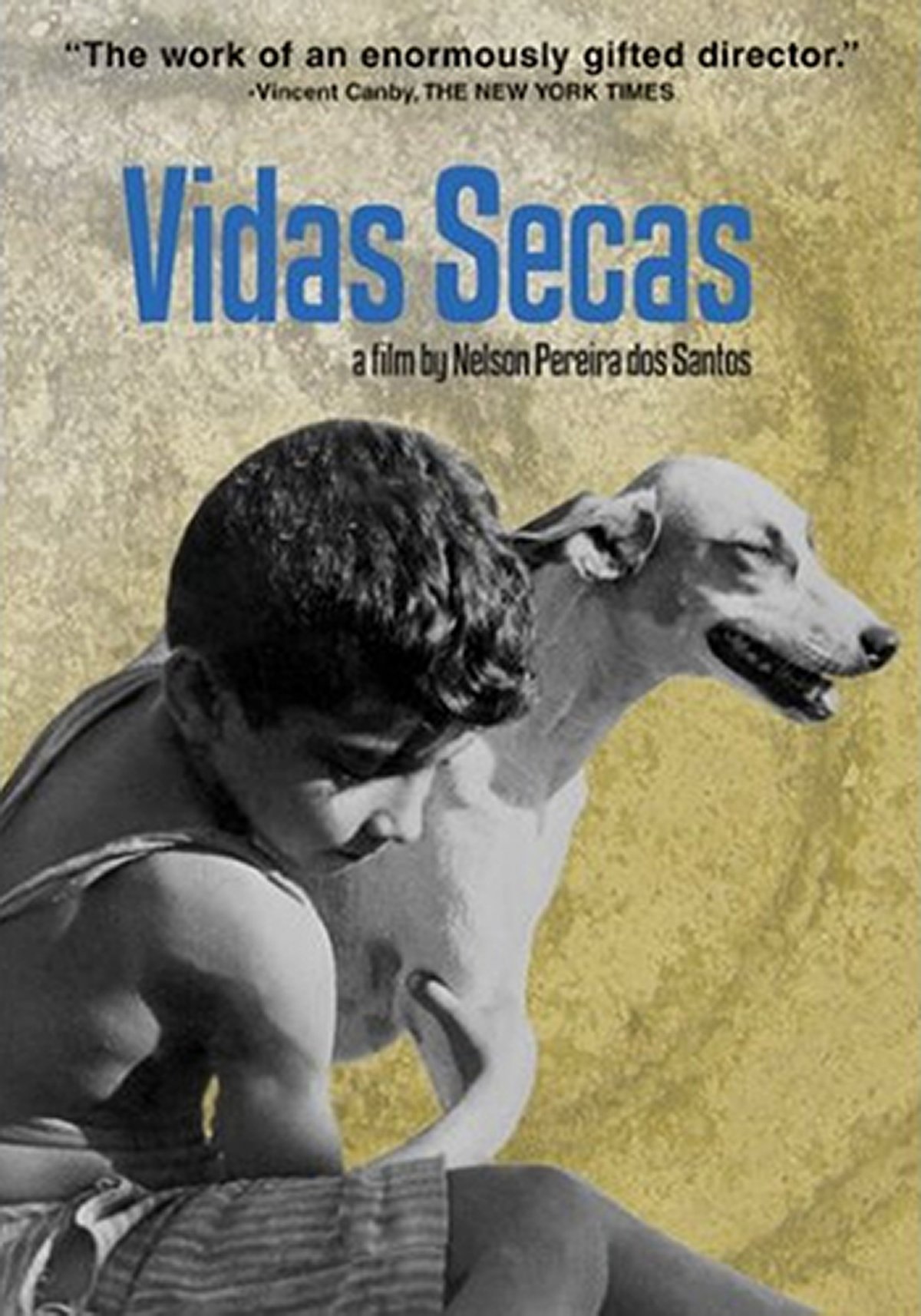 If the main aim of Brazil’s Cinema Nôvo movement was the decolonization of the medium, then its two main firebrands, Glauber Rocha and Nelson Pereira dos Santos, could be viewed respectively as its bedeviled bulldozer and its humanist architect. Both directors were bent on unchaining the country’s film industry from an exoticism dispenser with eyes set on overseas markets to an instrument of inner inquiry and political activism—Rocha by literally dismantling the frame, dos Santos by contemplating a people’s acceptance of its own oppression. Widely considered a landmark of the nation’s cinema, dos Santos’s Vidas Secas is no less radical a cultural examination than Rocha’s Black God, White Devil the following year, yet where Rocha gets Godard-medieval on the camera’s ass, dos Santos keeps his lenses squarely focused on the barren lives of his characters, the gaze as concentrated as the sun blasting the arid expanses of Brazil’s northeast.

Graciliano Ramos’s acclaimed novel was often compared to The Grapes of Wrath, so it’s fitting that the narrative begins in 1940, the year of John Ford’s film version of the Steinbeck novel. Fabiano (Átila Iório) and Sinhá Vitória (Maria Ribeiro) are first seen walking the parched backlands with their young sons (Gilvan and Genivaldo Lima) and faithful dog Baleia, a journey, we soon deduce, that is neither just beginning nor close to an end. Dialogue is sparse, and dos Santos shapes the family’s struggle as blunt moments of survival against the landscape—their parrot gets curtly cooked over a fire for food; one of the sons collapses under the heat, and the father tries to rouse him by poking him with his rifle; an empty hut offers refuge for the night, only to be reclaimed by the local wealthy landowner. Fabiano finds work as a cowhand and the family lays claim to a tiny patch of land, giving hope to their dreams, namely owning a leather bed, the possession that would solidify their status as “real people.” However, a squabble with a petty policeman and nature’s own merciless grip set the characters back on the road.

Noted upon its original release for a documentary style readily linked to Italian neorealism, Vidas Secas, with its telling compositions and atomized overexposed lighting, now seems relentlessly subjective, keyed to the unarticulated anger of a people aware of its exploitation yet politically too embryonic to consider revolt. Dos Santos’s expressive montage braids the two, with Fabiano reeling from his welts in a cell while his boss enjoys the folkloric dance outside; the next morning, his cellmate offers him the chance to join up with armed guerilla riders, but Fabiano’s family responsibilities and political docility send him back to square one.

Like Ford’s The Grapes of Wrath, another oft-misread seditious text, the film seems primed for a revolution, yet Fabiano is never to become an active force of rebellion like Henry Fonda’s Tom Joad—the trajectory is across plateaus of increasing awareness, though the growing consciousness is the audience’s rather than the characters’. (A mordantly hopeful sliver of awareness is injected for the next generation; playing with the dog after being chided for asking about hell, the older son looks at the inhospitable grounds all around and sees no difference between home and the mystical purgatory.) The desert stretches endlessly, yet the battered dignity etched on the characters’ faces attests to their unity as both family and culture, endlessly roaming for survival, mirroring neocolonial Brazil’s search for an identity and cinema of its own.

As befits Glauber Rocha’s “Aesthetics of Hunger” manifesto, the Cinema Nôvo’s emphasis on poverty and struggle is amply evident in Vidas Secas’s images, the grain preserved if not accentuated in New Yorker’s middling transfer, with its overexposed whites often purposefully blinding. The mono Portuguese soundtrack is clear, despite faded interludes during the folkloric rituals.

The 20-minute Baleia the Dog (it’s actually called How to Die in the Cinema, but let’s not get lost in translation) is an oddly disarming short on the film’s scene-stealing canine star, who gets what must be the most grueling on-screen animal death this side of Old Yeller. Humorously recalled by the bird who got roasted in the beginning, the film offers anecdotes on Baleia’s fame at Cannes, how his fictional demise pissed off critics more than the human characters’ travails, and, best of all, a reunion between director Santos and star Maria Ribeiro. Elsewhere, NYU film professor (and co-editor of Brazilian Cinema) Robert Stam discusses the film as both an adaptation and a cornerstone of Cinema Nôvo’s, and a brief interview by the director is included in the booklet.

Extras may be as arid as the backlands, but Nelson Pereira dos Santos’s poetically stark journey toward awareness is an essential one.