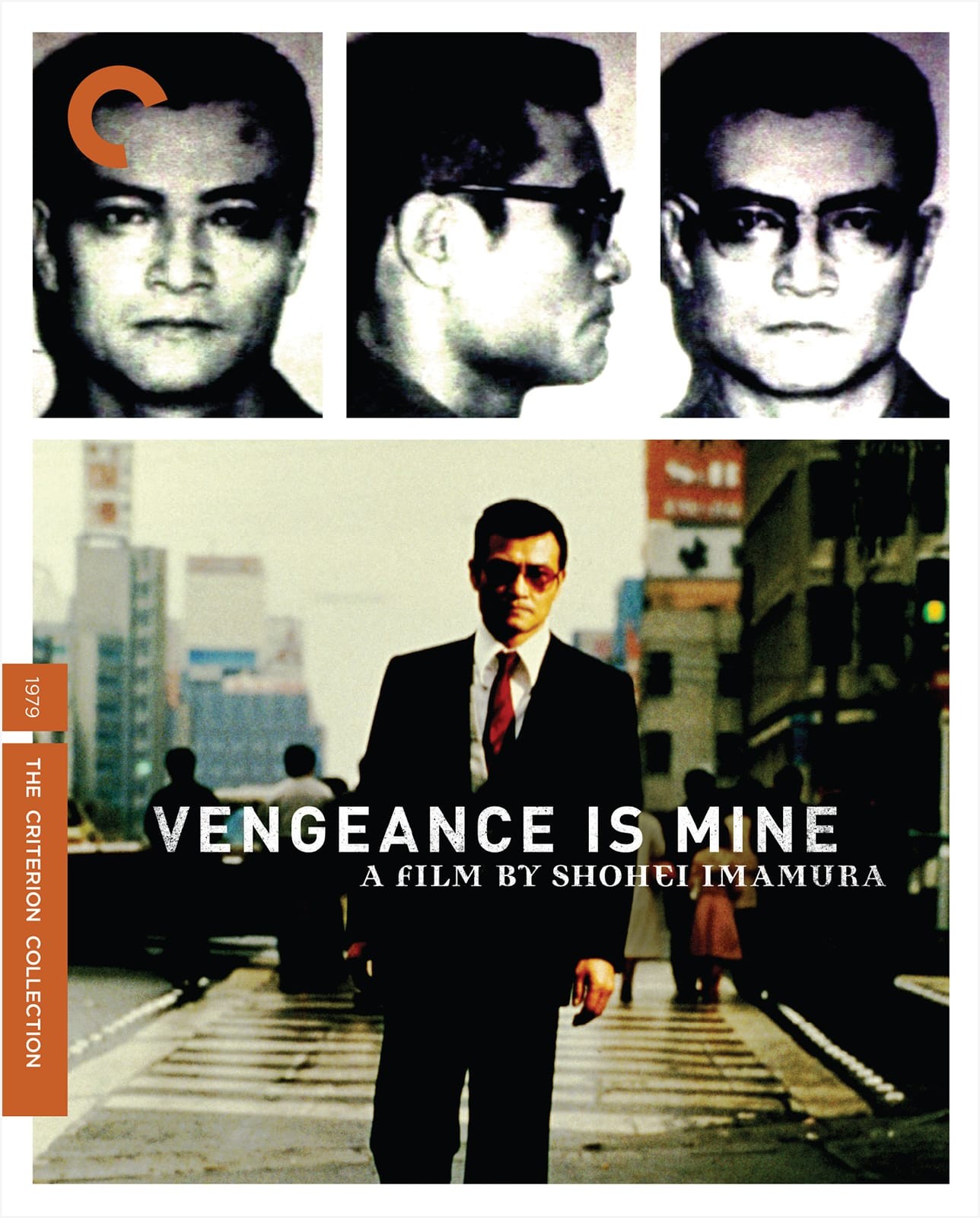 As Touch of Evil is to classical film noir, so Vengeance Is Mine is to the Japanese New Wave. Each film retrospectively serves as the apotheosis for the style or movement, encapsulating many of the aims and concerns of films from the previous two decades into a singular, reflexive work. Released in 1979 as director Shôhei Imamura’s first narrative feature in just over a decade, Vengeance Is Mine presents a thoroughly acidic, fervently irate vision of modern Japan that trumps even the most tumultuous of 1960s films from compatriots Hiroshi Teshigahara, Seijun Suzuki, Toshio Matsumoto, Nagisa Ôshima, and even Imamura himself. That’s because in Iwao Enokizu (Ken Ogata), Imamura has found the perfect allegorical cypher for personifying the dregs of modernity in a manner that’s stark, violent, and comprehensively disturbing, but equally staggering in both its formal and textual ambition, as he seeks to embed a narrative of economic and ideological corruption through the guise of a more straightforward tale about a lone psychopath.

The derivation of Enokizu’s psychopathy becomes the film’s central enigma, one that Imamura has little explicit interest in resolutely resolving. Masaru Baba’s screenplay complicates these matters further through a time-jumping narrative that renders individual scenes as quick impressions of feeling or cultural stasis, rather than clearly defined pieces in a larger puzzle meant to be assembled ex post facto. Although the film begins in 1964, with Enokizu riding in the back of a police car following a 78-day crime spree, Imamura quickly dispenses any notion that the impending flashbacks will seek to explain the violence by having the inaugural murders take place in a deadpan, unaffected manner. As a driver for the Japan Tobacco Monopoly Corporation, Enokizu callously stabs his fellow workers to death, the second of which pleads for his life, reminding Enokizu that he has a daughter. In the moments prior, Imamura has Enokizu walk into a nearby shop and ask for the least expensive knife available. The undiscerning spaces of commerce make Enokizu’s homicidal inclinations possible, but Imamura prefers to capture these scenes with documentary-like objectivity, as interested in the gruesome moments before and after a killing as the act itself. The same could be said for a brief moment when Enokizu pauses between murders to piss on his bloody hands, as a way to clean them up. Yet Imamura shoots this moment in long shot, with outdoor clothes hangers and small, modest houses around. Enokizu is in domestic confines, but he may as well be anywhere, as he will be much later, when he impersonates a professor and a lawyer.

Further, nominal exposition provides the elements of Oedipal drama, as flashbacks to Enokizu’s childhood reveal a deep-seated hatred for his father, while amorously attached to his caring mother. But the Oedipal implications are secondary to his family’s Catholic beliefs, which are interrogated in 1938 by a naval officer, who brutalizes the father for refusing to relinquish his property to the emperor for the impending war. These scenes take place in Goto, which is directly juxtaposed to Tokyo, as spaces that naturally gain favor among those incurring Enokizu’s thoroughly deceptive wrath. When impersonating a lawyer late in the film, he tells a pair of impressed women that he teaches at Tokyo University, but of course, Enokizu exploits the material desires of Western influence in order to extort the very thing he pretends to protect.

Imamura is so hip to these implications, that he goes so far as to align the schizophrenic personas of Enokizu, which are themselves stand-ins for the confused status of a nation simultaneously beholden to various traditions and current, economic aspirations, with the film’s foundational editing structure. For example, when police interrogate a woman about Enokizu’s deceptions, one of the officers pauses to note that the local baseball team just won their game. The camera slowly tracks in to the square TV set, before cutting to the game’s actual location, in which Enokizu is seen leaving the stadium. However, the timeline suggests that this particular scene is from a different day, not necessarily the one noted by the investigator. Formal play is aligned with pleasurable pastimes, as Enokizu kills time by playing pachinko in a local parlor while chatting with his mother. Yet Imamura’s deeply cynical suggestion throughout is that societal conviction is nothing but a frivolous game itself, masquerading as upholding humanist aspirations while only functioning to further deplete and devour those very qualities in service of capital gains. Enokizu’s motives are a cruel game as well; within the context of Vengeance Is Mine, there’s no concrete explanation for Enokizu’s motives. As a cinematic act of defiance, these qualities are no better encapsulated than in the film’s final sequence, as Enokizu’s remains impossibly, inexplicably remain frozen in mid-air, hovering as a portentous, celestial reminder that one death, merely a singular end to capital consciousness, resolves nothing.

As an upgrade from the Criterion Collection’s 2007 DVD release, this new 1080p Blu-ray’s biggest attribute is just how clearly it displays the complexities of Shôhei Imamura’s mise-en-scène. Although not a remarkable improvement from the already stellar DVD, detail and object clarity receive essential upgrades, with grain remaining visible and prominent throughout. Moreover, Imamura’s color scheme, while deliberately muted, looks livelier here than in the previous edition. There are, however, noticeable pops and specs in the frame throughout, but seldom severe enough to serve as a distraction from the otherwise remarkable transfer. Audio is stronger, as Shinichiro Ikebe’s score is forceful and well-balanced, while dialogue remains clear and lossless. There are no noticeable audio imperfections.

The star of the disc is Tony Rayns’s superb feature commentary, in which he contextualizes much of the film’s historical significance, explains specific Japanese customs, and offers convincing textual analysis. Rayns has a keen sense of humor as well about both the film and his readings, and is so enthusiastic about a key scene that, at one point, he drops out from the track to let it unfold. As audio commentaries go, few are able to bring more insight and welcome levity to the proceedings than Rayns and his amiable approach. Otherwise, there’s a brief segment from a 1999 interview with Imamura, in which he chain smokes and discusses the film’s origins and work with various actors. Also provided are two theatrical trailers and a booklet featuring an insightful, well-constructed essay from Michael Atkinson, as well as another interview with Imamura and a brief, written account from Imamura about the film’s style.

Only Shôhei Imamura could irreverently intertwine Catholicism, brutal murders, and pachinko to produce such devastating ends and the Criterion Collection’s 1080p Blu-ray lays those unlikely bedfellows to turbulent rest with staggering precision.