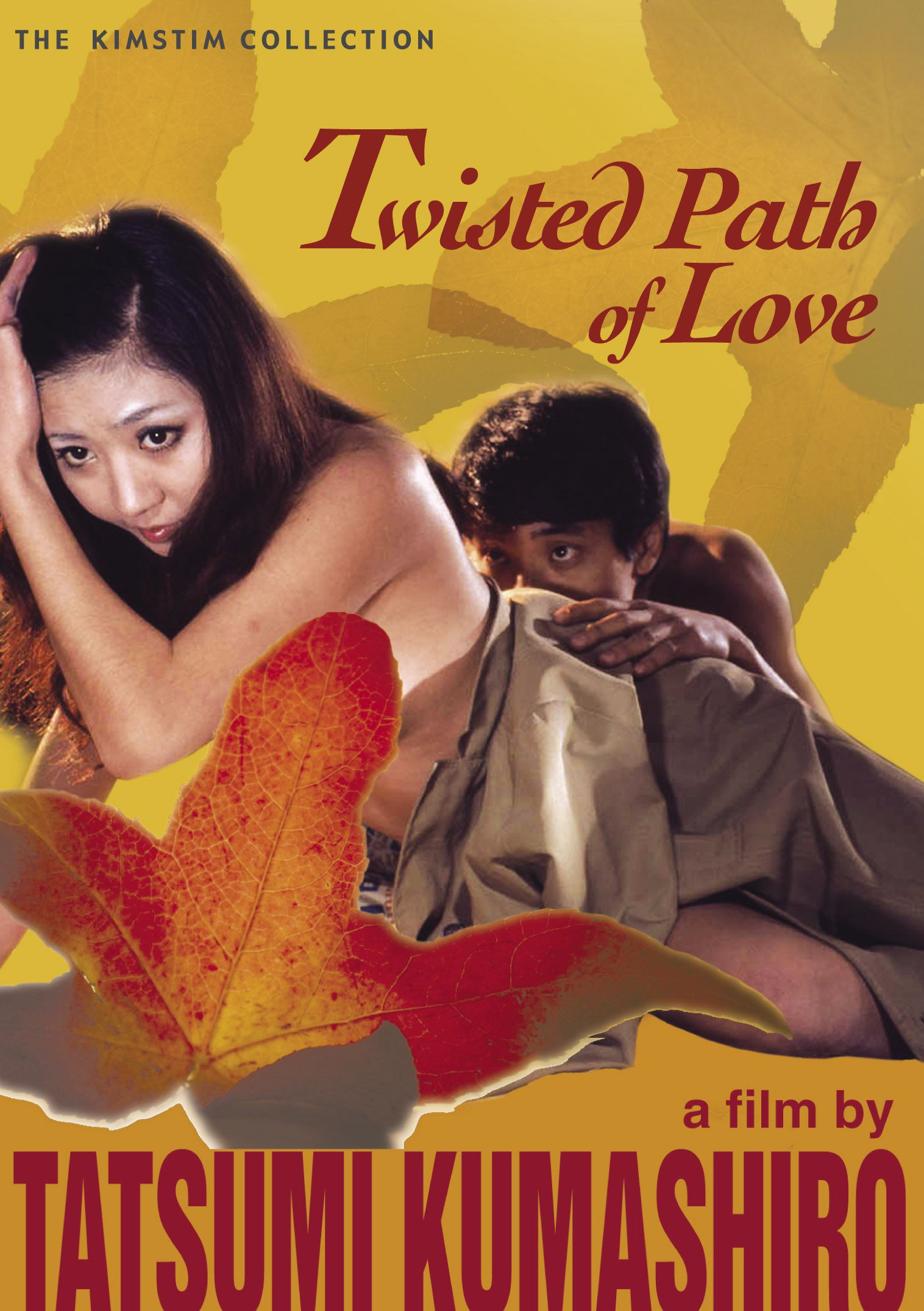 Tatsumi Kumashiro’s Twisted Path of Love, also known as Twisted Path of Youth, also known as Lovers Are Wet, is a strange fusion of art and exploitation film that cancels itself out before your eyes. Kumashiro covers the bases essential to most noirs: a frustrated anti-hero, a fugitive on the run, varied taboo sex (with the married employer, with the off-limits girlfriend of a friend, and so on). Except the parts purposefully don’t add up in any standard way. You can’t describe Twisted Path of Love without misleadingly implying incident and effect.

The picture, with its fractured, random, usually context-free timeline, seems to want to challenge misogynist clichés of lurid movies while exploring and demythologizing the self-entitled misery of the sort of wandering, uncertain youth that’s usually glorified in delinquent teen movies. The characters are all purposeful voids, and the sex, which is constant (Kumashiro is one of the most famous filmmakers in the roman-porno movement), is unpleasant, long, uncomfortable, and partially intentionally obscured with the black bars from the heyday of ridiculously obtrusive, mandated edits.

With its pointedly unremorseful killer (Toru Ohe’s Katsu) on the run and general contemptuous energy, the film somewhat recalls early Godard, particularly Breathless, but Godard’s movies, as perverse to traditional narrative as they could be, had stature: The characters were deconstructions of contemporary larger-than-life myths that were still somehow mythological, with textured, contradictory visuals that still surprise. Twisted Path of Love has impressive visual touches that are graceful and rough-and-tumble at the same time: The small Japanese fishing village has a rotten beauty, and Kumashiro has a knack for shots that fleetingly capture the alienation, anger, and dislocation that he’s clearly aiming for (particularly a moment of Katsu watching his friends go at it in a field), but the film never goes much further than simply shooting itself in the foot, its rebellion offers no transcending alternative, which, after 80 minutes of essentially the same bout of angry fornication, becomes tedious.

The image is grainy and scratched, preserving the battered, ironically beautiful atmosphere. The sound has a ghostly quality, with the actors’ voices occasionally upstaged by ambient noises such as the ocean or a bicycle speeding by, which is, of course, appropriate to a picture about confused, defeated, listless youth.

Only a theatrical trailer.

A decent enough preservation of an over-praised cult oddity.