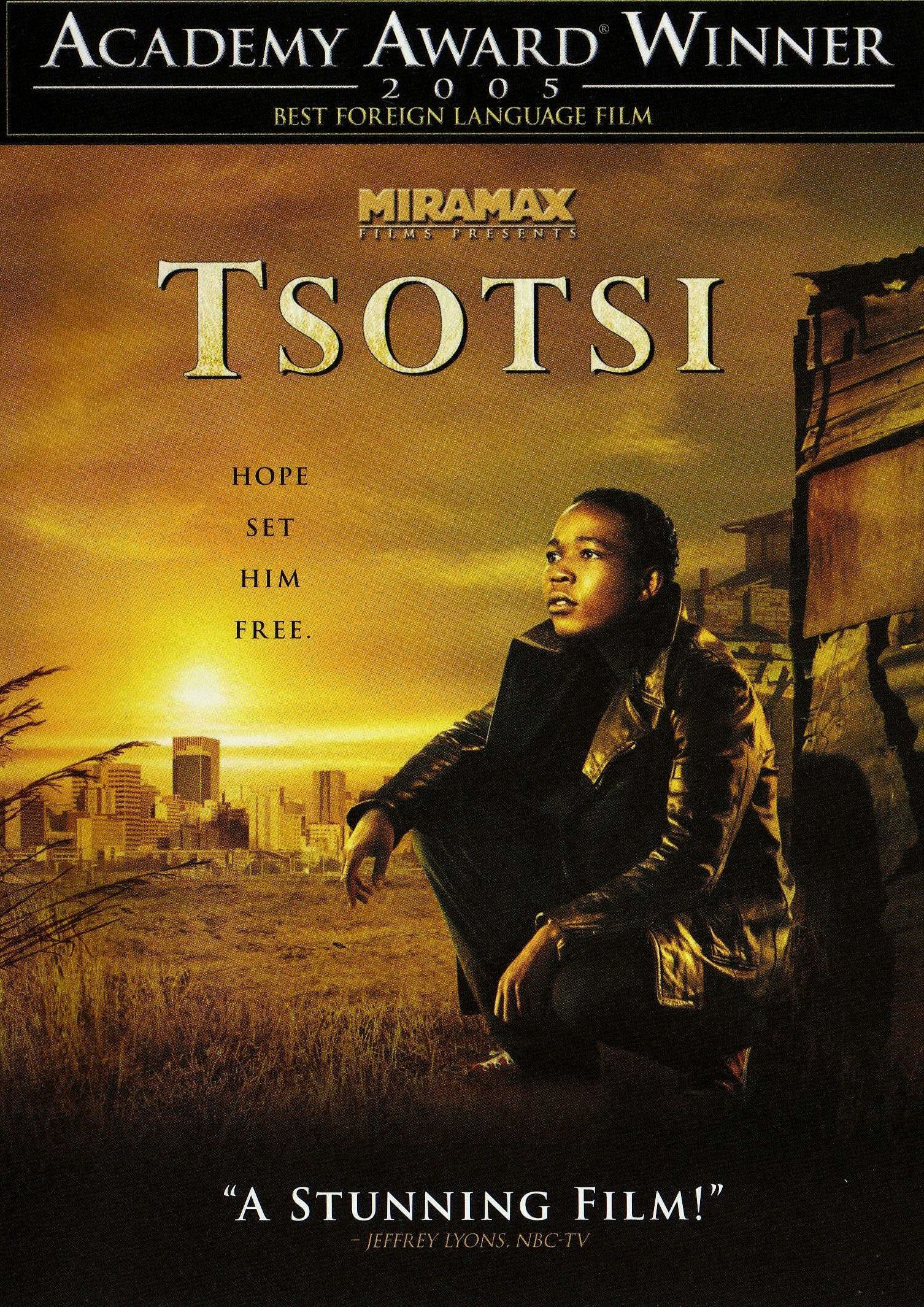 They’re no longer inking deals for Miramax, but it’s as if Bobby and Harvey Weinstein never abandoned the company they created 10-plus years ago given how compulsorily their former agents continue to do their middlebrow handiwork. The first film purchased by the post-Weinstein cabal, Tsotsi lobs a huge chunk of sunburnt cheese at the Fernando Meirelles Fan Club, taking advantage of our pleased distance from the shantytowns of South Africa. This reductive morality tale is predicated on an O. Henry conceit director Gavin Hood spreads out impossibly thin and dresses with an tragically erratic aesthetic at once flashy and nondescript; there’s no doubt Hood wants to seriously consider his milieu, but he does so in the simplest terms possible.

Tsotsi (Presley Chweneyagae), a 19-year-old thug living in the slums of Johannesburg, steals a car one day from a rich woman only to discover he’s unknowingly kidnapped her baby, who starts wailing from the backseat some distance from the scene of the crime. Rather than leave the cute little bugger on the side of the road, Tsotsi stuffs him inside a paper bag, takes him back to his tin hut, and slides him under his bed—the first of many horrifying visions Hood uses to cheaply toy with his bourgeois audience’s sympathies. Stay tuned as Tsotsi fashions a diaper out of newspaper! Watch as Tsotsi fails to clean leftover condensed milk from the baby’s face, thus allowing for an army of ants to happily march into the child’s makeshift crib!

Chweneyagae, who picks one angry expression and sticks with it for most of the film, conspires with Hood to promote the absurd notion that Tsotsi is representative of every unthinking, stone-faced ruffian living in South Africa—innocent children trapped inside angry adult bodies. Everything Totsi can do wrong, he does, like forcing a woman at gunpoint to give up her breast milk. (Being a thug, apparently, means never having to say please.) He even eyes a can of baby formula like a caveman who’s discovered fire. These scenes are crucial if you wish to understand the film’s arrogance, which seems to assume that being a thug is really no different than being a mental handicap. Or maybe this condescension simply exists to permit the story’s lame objective: to illustrate how bringing-up-baby histrionics can melt the savage beast.

Not surprising for a film that trades in child’s-lit insight and character arching, Tsotsi sheepishly keeps its social realism at arm’s length. Just as Hood fails to seriously and vibrantly bring South Africa’s rich-poor divide to life, he tritely and unimaginatively uses Africa’s AIDS crisis to validate the chaos of Tsotsi’s life, as if the young man’s lack of money and parents wasn’t suitable enough subtext to wear on our tear ducts. “We are all affected by HIV and AIDS” read posters strewn across town. Some will confuse this lip service, like the film’s postcard-pretty depictions of homelessness, for nuance; Hood acknowledges the disease that killed Tsotsi’s mother as reticently as South Africa continues to address HIV/AIDS prevention. If Africa’s silence encourages the very ignorance that helps to spread the disease, Hood’s equally hands-off acknowledgement encourages lazy storytelling.

Even before Tsotsi won the Academy Award that now permits its red-carpet treatment on DVD, the film scarcely looked or sounded like it was shot inside a ghetto, which is, sadly, a good thing for the film’s growing fan club.

I wasn’t the only one to take issue with Tsotsi’s appearance. Way before he insists that he’s “not making excuses” for something or other, Gavin Hood states on his commentary track how people always ask him if the street Tsotsi lives on is legit. This should have rung a few bells (mainly that the film’s pretense to realism is fucked), but Hood repeatedly confuses griping for praise, extolling-over and over and over again-how he accomplished an aesthetic or emotional effect only a fool would consider “keeping it real.” Hood also provides commentary on two horrendous deleted scenes, one during which Tsotsi dies and one where he runs off into the night. Proof of Hood’s limited imagination is that he thought these two endings were the only two options available before a third, open-ended one was contrived during editing. And for proof that the film is a pandering con job is the first of three deleted scenes, during which a character is revealed to be a rapist; that the scene is gone is indicative of the film’s lack of serious moral challenge. Rounding out the disc: a featherweight making-of featurette, Hood’s short film The Storekeeper, whose child’s-lit naïveté definitely anticipates Tsotsi, Zola’s “Mdlwemble” music video, a soundtrack promo, and a bunch of previews.

Just as AIDS is ruining Africa, films like Tsotsi are ravaging film culture.