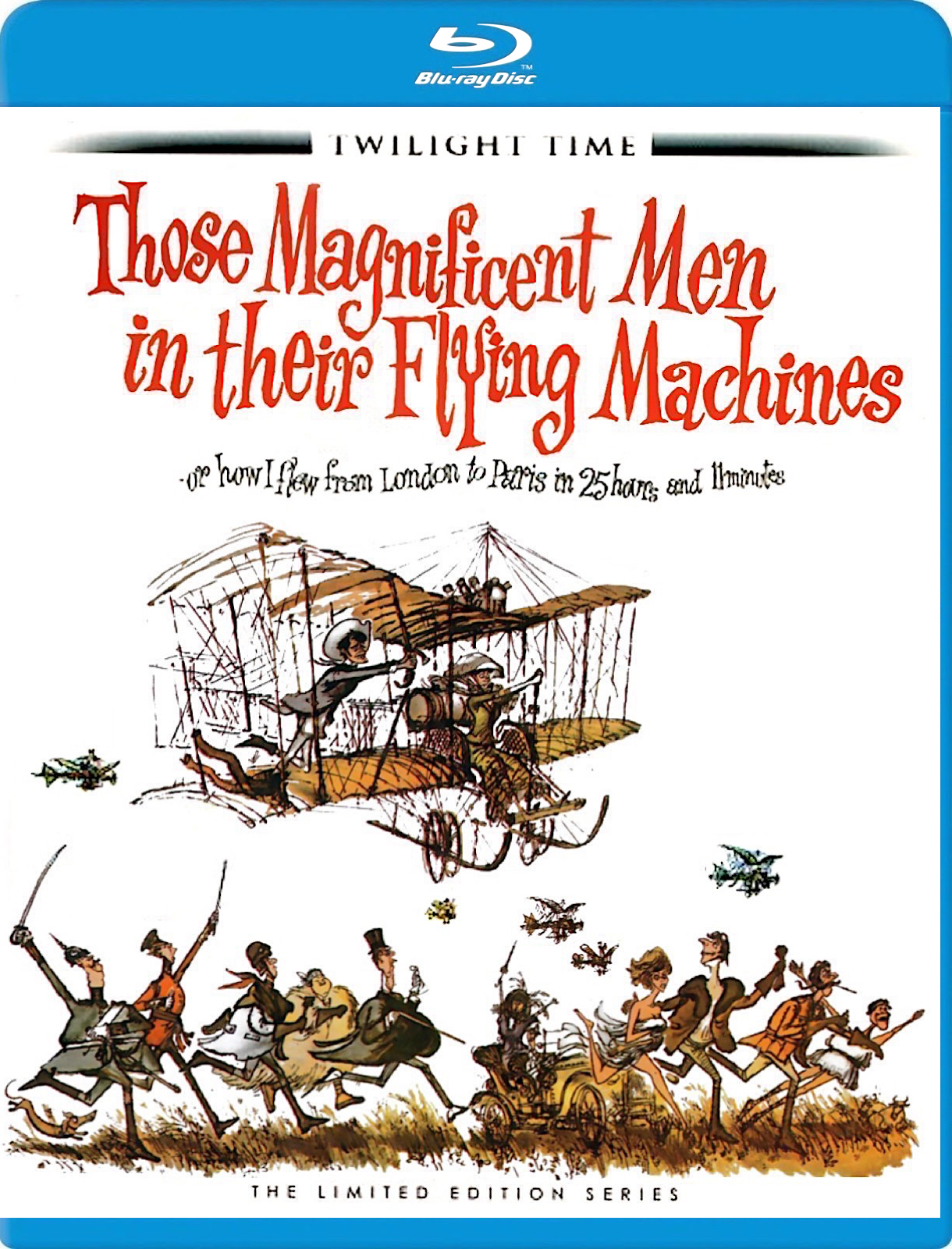 The world appears uncomfortably yet lovably scrunched up, like the face of a smiling pug, in the epic racing films of the 1960s: It’s A Mad, Mad, Mad, Mad World, The Great Race, Those Magnificent Men in Their Flying Machines, Those Daring Young Men in Their Jaunty Jalopies, and others. Their common premise wrangles a cluster of regional stereotypes at a starting line and forces them to compete, by asphalt or skyway or both or more, for a pot of cash. Greed and pride thus become universal motivators, sex is a universal distraction (there’s usually some love geometry), and, as these are comedies, corporeal shame is so contagious that one can hardly take offense at the cultural broadness. The rampant vehicular fetishism, meanwhile, suggests just how spookily within reach our fellow nut-jobs really are—even if the nuttiest never venture out of Los Angeles County.

“One World, One Flaw” is the assertion, and it stands up against endless socio-political readings, though scratching this interpretative itch sloughs much of the crowd-pleasing farce. (Finding some truth in Terry-Thomas’s harried, slapstick-prone gents takes away the fun of laughing at them.) Still, peeling back Ken Annakin’s contributions to the genre, particularly 1965’s Those Magnificent Men in Their Flying Machines, reveals a curious freshness. Mocking trans-Atlantic relations in the period between aviation’s birth at Kitty Hawk and World War I, the film’s elbow-rubbing caricatures cancel each other out into a smoothie of occidental buffoonery. (A Japanese pilot played by Yujiro Ishihara is thrown into the mix for good measure, but in one of the movie’s more gallant gags, he speaks with a perfect, if dubbed, British accent.)

In the swell of plot, a British nobleman (Robert Morley) hosts an international “flying machine” race from Dover to Paris in the hopes of purloining ideas and claiming the skies for Britannia; his daughter, Patricia (Sarah Miles), is betrothed to a pilot (James Fox) for the English army, but is tempted away by a cowpoke-cum-flight enthusiast, Orvil (Stuart Whitman), who enters the contest. Subplots within subplots form to deepen and fester the vendettas held between the various European representatives who flock to take part in the historic event. And in the grand tradition of British “goodwill” cinema (cf. Powell and Pressburger’s propaganda projects), the Americans and the English look the best and brightest, if only due to their inclusion in the main love story, with the French and Germans trailing impishly. (Even Terry-Thomas’s cackling villain has enough sense to devise complex cheats; Jean-Pierre Cassel’s lazy pilot, on the other hand, is introduced on a sultry beach with a nude woman who’s photographed from behind.)

Nevertheless, in the movie’s nonstop action pieces, most of them featuring cars and boats chasing box planes in and out of blue-screened close-ups, all of the characters are consistently undone by their regional foibles, a point made perhaps most forcefully when a mouth-trumpeting Prussian nobleman (Goldfinger himself, Gert Fröbe), while engaged in a hot-air balloon duel, rises and punctures his gas-filled envelope with his own pickelhaube. Nobility here is only attainable by casting off national pride, which, damningly, very few of the characters—only the Western-most ones—are able to do. Irina Demick, furthermore, changes costume and makeup throughout the film to portray a bevy of different-raced lovelies, as though to say that beneath the ethnicity of all (attractive) women lies the same primordial curve and wink.

This silliness sags quite often throughout the film’s 138-minute running time, and the merely competent technical aspects aren’t much compensation. (The flying machines themselves, many of them meticulous recreations of actual aircraft, are supposedly a treat for aviation fetishists; for others, the verisimilitude the planes achieve may provide jarring contrast against the sociological sweep.) But the movie’s backward-glancing snapshot of these united nations has more than a hint of prescience. In the denouement, the flyer from the U.S. sacrifices his shot at winning to perform a rescue, and in return wins both Patricia and a hefty consolation prize; the English cheater, of course, gets nothing, unless one counts Hanna-Barbera’s subsequent use of his likeness. What this ending subtly reinforces is less altruism over selfishness than the American tradition of manipulating others, and manipulating global systems, in the name of democratic aid: Global dominance is best achieved by those who try to look helpful. Those Magnificent Men in Their Flying Machines isn’t quite a defense of globalization, but the school of honor to which it subscribes is far from harmless.

I detected precisely two telecine errors in Twilight Time’s 1080p transfer; one occurs, unfortunately, in a delightful tracking shot across the whole cast at the pre-race soiree, which spontaneously combusts into pixels. Aside from these minor hiccups, however, this high-def restoration is a marvel, especially in the color department; the spikes of reds amid august blues and browns make the film a lucid turn-of-the-century dream, almost like an inked lithograph from that era. Shot on fine-grain 70mm, with lots of deep focus, the landscape shots appear sharp and flat, like photo-journalism, but the bug-eyed actors and florid costumes provide layers of texture. The chroma-keyed sequences naturally suffer a bit, but the film’s editing interpolates this artifice quite skillfully. The sound mix is also quite rich, though it occasionally favors the music over the dialogue.

The only real extra is director/writer Ken Annakin’s commentary, but it’s thankfully quite robust. With unflagging lucidity and timeliness, Annakin unleashes production notes, collaborators’ backstories, technical explanations, narrative analysis, and more; he annotates more than talks. Among the gems are descriptions of on-set arguments between Stuart Whitman and love interest Sarah Miles, who by the end of the shoot refused to look at one another; Annakin also recounts his partnership with Darryl F. Zanuck, and the cuts the producer demanded. (There are four lost shots in particular that Annakin goes so far to say “hurt his heart”.)

Blu-ray Review: Alfred Hitchcock’s The 39 Steps on the Criterion Collection