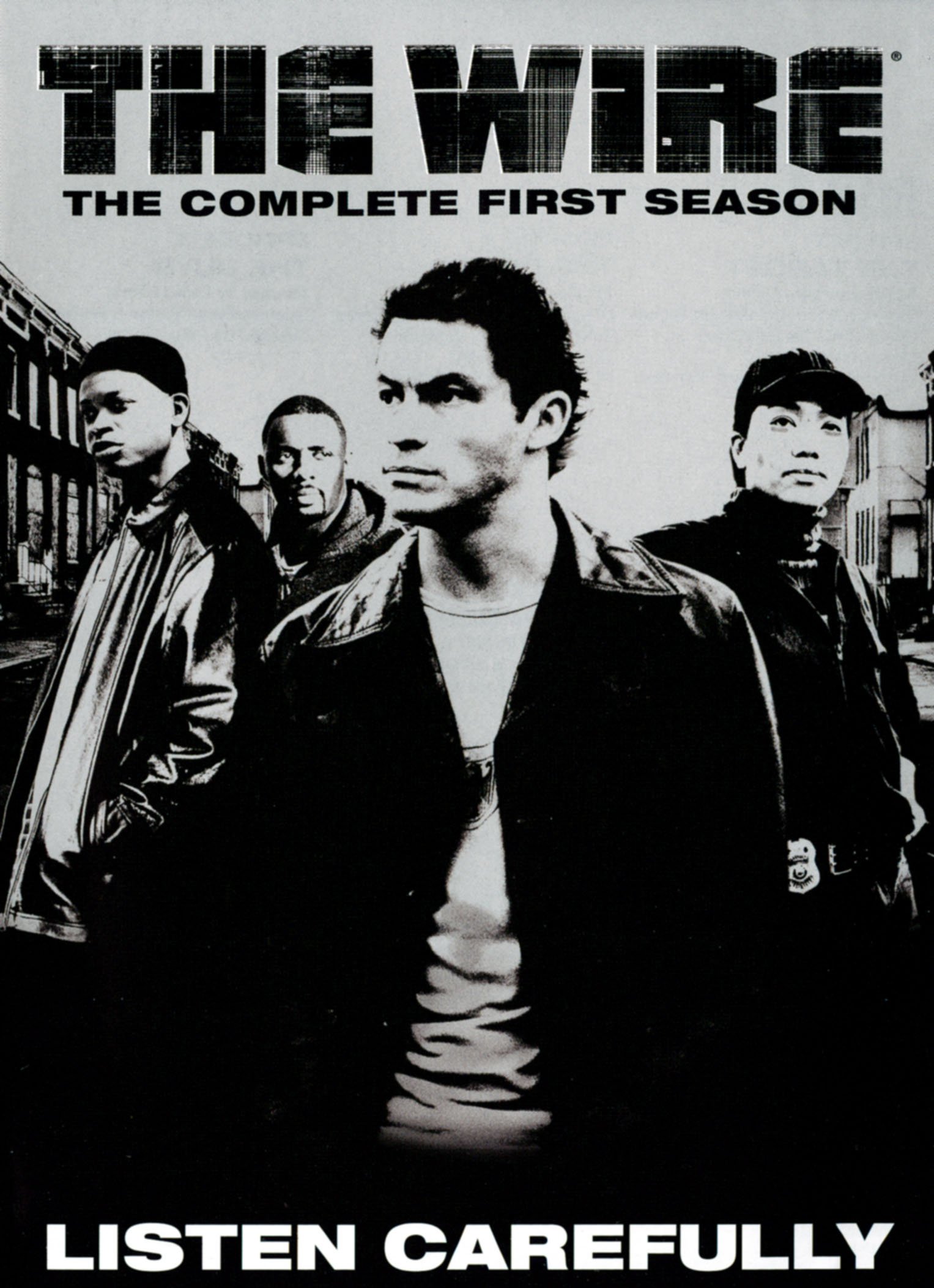 The brainchild of David Simon, expert Baltimore crime reporter and creator of the revered critical darling Homicide, and Ed Burns, a veteran Baltimore cop, The Wire is on the surface just another show about cops and robbers, but even a cursory glance at the first season displays that it has much wider ambitions. The Wire’s basic premise is to take one investigation and follow it through an entire season via a dozen or so episodes. Taking away the pressure of neatly wrapping things up after one hour—or even after a few arced episodes—allows the writers to take their time and explore this world, which is a rewarding thing, even in such a grotty environment as modern-day Baltimore. The show is staffed with actors of a particularly low star-wattage—only Frankie R. Faison, as Commissioner Burrell, rates any filmic recognition—which leads to a lovingly short supply of “gimme an Emmy!” histrionics. These are small, anonymous people, and they look and sound just right, like they’ve walked the streets of “Ballmer” for years and have little in the way of expectations. Nobody’s getting air-dropped in from Central Cool Casting in the style of The Sopranos. And while the show does indulge in the occasional cop show cliché, it presents them in such a nonromantic, stripped-down manner, that they seem fresh and new. If all clichés, like stereotypes, are based somewhat on reality, then The Wire is the Ground Zero of all cop shows, trying to retroactively expunge the memory of Dirty Harry and all his pissy offspring.

The first season starts with a murder charge against a dealer, D’Angelo Barksdale (Larry Gilliard Jr.), getting overturned after a key witness gets intimidated by thugs who work for Avon, D’Angelo’s uncle and boss. Pissed off at how easily they got away with this, homicide detective Jimmy McNulty (Dominic West) complains to a judge who then asks the police brass why Avon’s crew isn’t being investigated and soon an inter-departmental taskforce is established to go after them. But even as the investigation is being set up, there’s politics to consider, with McNulty being read the riot act by his peers and superiors for going outside the department, and everybody considering the whole job a shit detail to be wrapped up ASAP, with nothing really solved but a couple useless convictions to keep the judge happy. Compared to the cops, Avon’s crew is a model of discipline, avoiding easily-monitored cellphones, using codes and even switching up which payphones they use. Up against these guys, the cops don’t seem to have a chance, as they’re barely able to put together a solid case for putting a wire on some of the payphones being used.

This is the kind of show where the cops have to spend as much screen time fighting the bureaucratic current as they do working the street. But as the season moves on, the investigation slowly clicks into place, and as the dead weight from the task force melts away, weak links in Avon’s crew are probed and widened, and McNulty’s knuckleheaded stubbornness eventually pays dividends. Even as the first season grinds toward its finish, though, viewers with any sense will know that there will be no end, per se. The show feels like real life, in that arrests will be made, some will die, others will go to prison or early retirement, but in the end the game will still go on—there’s always somebody else there to fill a vacancy. The show has often been called novelistic, and that’s as good a description as any, since it would make just about as little sense to start watching the show in, say, the fourth episode of a season, as it would to pick up a novel and start reading at page 200. You might enjoy what you see, but there’s a whole web of interrelated characters and situations that you would miss out on, and which immeasurably enrich and enliven the final, long-awaited conclusion.

Another way in which The Wire lives up to its novel-like reputation is the varied richness of its characters on all sides of the law. As the brains of Avon’s crew, Idris Elba’s Stringer Bell is a quiet menace, a more than apt foil for McNulty, who usually seems to get by on sheer determination and Irish moxie. On the sidelines are gems like the cops’ informant, a junkie named Bubbles (in an unusually nuanced and frequently heartbreaking performance by the gifted Andre Royo), and Omar (Michael K. Williams), a renegade gunman, not unlike the Robin Hood of Baltimore’s westside projects, who goes after Avon’s crew after they torture and murder his boyfriend. While these characters can sometimes seem too artificial—you’d think a junkie would never be this wise and a hood like Omar could never get away with being openly gay—one has to remember the old stranger-than-fiction rule, and that Simon has based most all the characters here on real Baltimore people. Devoted readers of Homicide and The Corner will even recognize some elements from those nonfiction masterworks cropping up here and there.

The sound is full-bodied while the image is sharp as a tack, fittingly showcasing the hard-edged and non-flashy cinematography-especially in the nighttime scenes, when the black tones seem to have an extra level of richness.

As is the case with most DVD sets from HBO Home Video, there aren’t any real extras to speak of, besides audio commentaries for three of the episodes (two by David Simon, the third by writer George P. Pelecanos), and given the wealth of contextual detail here, there would be ample room for some expository documentaries. Simon’s commentary is spot-on and to the point, though he does have a tendency for windy testifying-you get the feeling he knows just how good his show is, and doesn’t mind letting people know it. That said, Simon lets slip a fair number of good background nuggets which help flesh out the show somewhat (the funny but jarring story of the murder of a kid nicknamed Snot Boogie which opens the first episode comes from a true story), especially by pointing out which characters are explicitly based on real people. Simon’s most emphatic point here is that The Wire is not a cop show, it’s about the American city and how we live together-an urban geographical sociology text wrapped inside the guise of a cop show. There’s just a little bit of bullshit in that, of course, as Simon well knows, but it is nevertheless mostly borne out by what we see on the screen. He’s a journalist who’s been allowed to replicate in a widely-seen fictional format, the devastation, corruption and bravery that he has seen in all his years of reporting-it’s okay for him to crow a little bit about his creation.

The best crime show out there, deserving of any and all hype.

Review: Michael Mayer’s A Home at the End of the World on Warner DVD