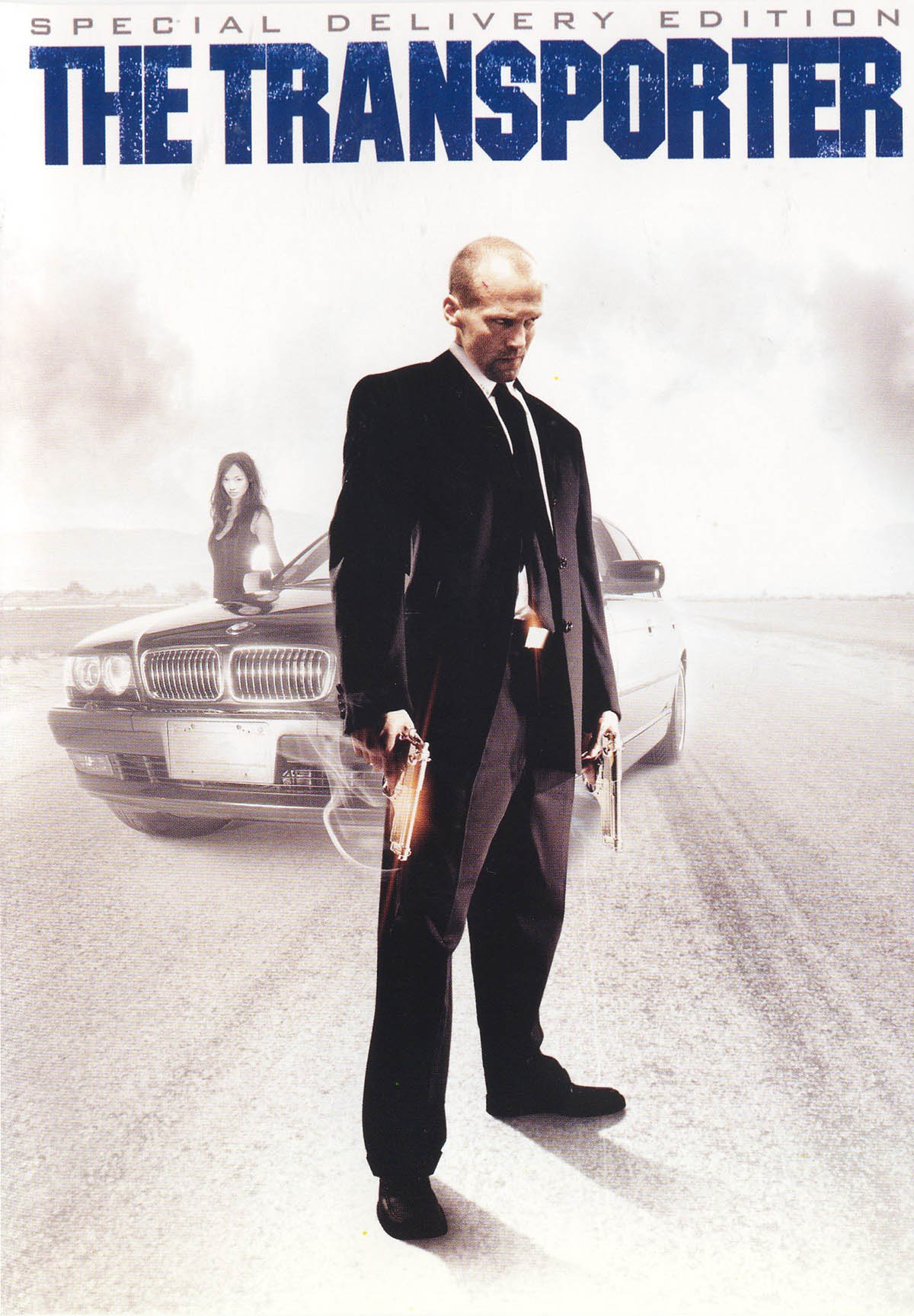 David Bordwell’s shot-by-shot analysis of Carl Theodor Dreyer’s The Passion of Joan of Arc reportedly revealed that less than 2% of the cuts from one shot to the next represented genuine matches on action. Brought to you by Luc Besson, Cory Yuen’s The Transporter might have that feat beat. Every action sequence contains so many disorienting edits and so many spatial cheats that it feels like Baz Luhrmann must’ve sneaked into the editing room late one night. Luckily, the film’s plot—at best, a microfiction—and tone are nothing if not tongue-in-cheek. Frank Martin (Jason Statham) is a former military man who now resides in the French Riviera doing lucrative and anonymous business with various lowlifes. He lives by his rules as if his zero-body-fat index depended on them. When he breaks one, naturally the rest of them tumble as a result and he finds himself marked by a group of mobsters with an arsenal that would make Donald Rumsfeld’s current hard-on shrivel up in envy. The crux of the storyline has something to do with smuggling third-world ragamuffins for Lord knows what (basically a replay of Lethal Weapon 4), but with five major action setpieces buttressed by myriad minor ones all packed into a spare 92 minutes, scenarists Besson and Robert Mark Kamen care about the plight of exploited foreigners about as much as, well, Donald Rumsfeld. What really matters here is Statham’s body and the number of ways it can be displayed: in a svelte black suit, in a sunny powder blue polo and rolling around in auto oil like a greased pig. The Transporter is far from queer cinema (the villain’s “true evil” is confirmed when he lasciviously caresses Statham’s hand), but what blue-blooded American movie featuring a Sly or an Arnold would feature an underwater male-male kiss, even if Statham is really only stealing his enemy’s dying breath?

Little more than a hasty, opportunistic repackaging of a DVD that was already designated a “special edition,” the new Transporter disc is an improvement in at least one respect: it loses the pointless pan & scan alternative. Otherwise, the image and sound are identical to the previous release (with the addition of a DTS track), which is a relief given the crisp French vistas, assaultive sheets of percussive gunfire in 5.1, and uncropped shots showcasing Statham’s short-but-shapely torso.

The commentary track with Statham and producer Steve Chasman is also ported from the first disc, full of Statham’s stream of consciousness, first-person narrative recreation of the events happening on the screen (funny, I didn’t think the movie was that hard to follow), including all references to the film’s copious “turning points.” Also retained for this new version are the extended fight scenes and behind the scenes featurette. There is some new material, though nothing really worth a double-dip. First up is a sneak peek at the reason this disc was even pressed: The Transporter 2. Also there’s a storyboard-to-film comparison that, like the alternate fight edits, showcases the art of action filmmaking. And, most notably, there’s a 40-minute “making of” look at the first film. Though it’s a strictly EPK affair, it’s amusing to note the subtle differences from typical American actioneer publicity, given the film’s mostly French crew. The very first interview belongs to the assistant director, who describes how he reacted to Luc Besson’s phone call asking him to accept a position on his crew: “I got woozy and I fainted.” Yeah, rumor has it that Aunt Pittypat used to have to fetch Sam Peckinpah his smelling salts whenever he received gentlemen callers from the studios.

Much like what’s expected from the forthcoming The Transporter 2, this “Special Delivery” DVD re-release is mostly a thinly disguised rehash of previously existing material.

Review: Angel Has Fallen Paints an Incoherent Picture of an Action Hero