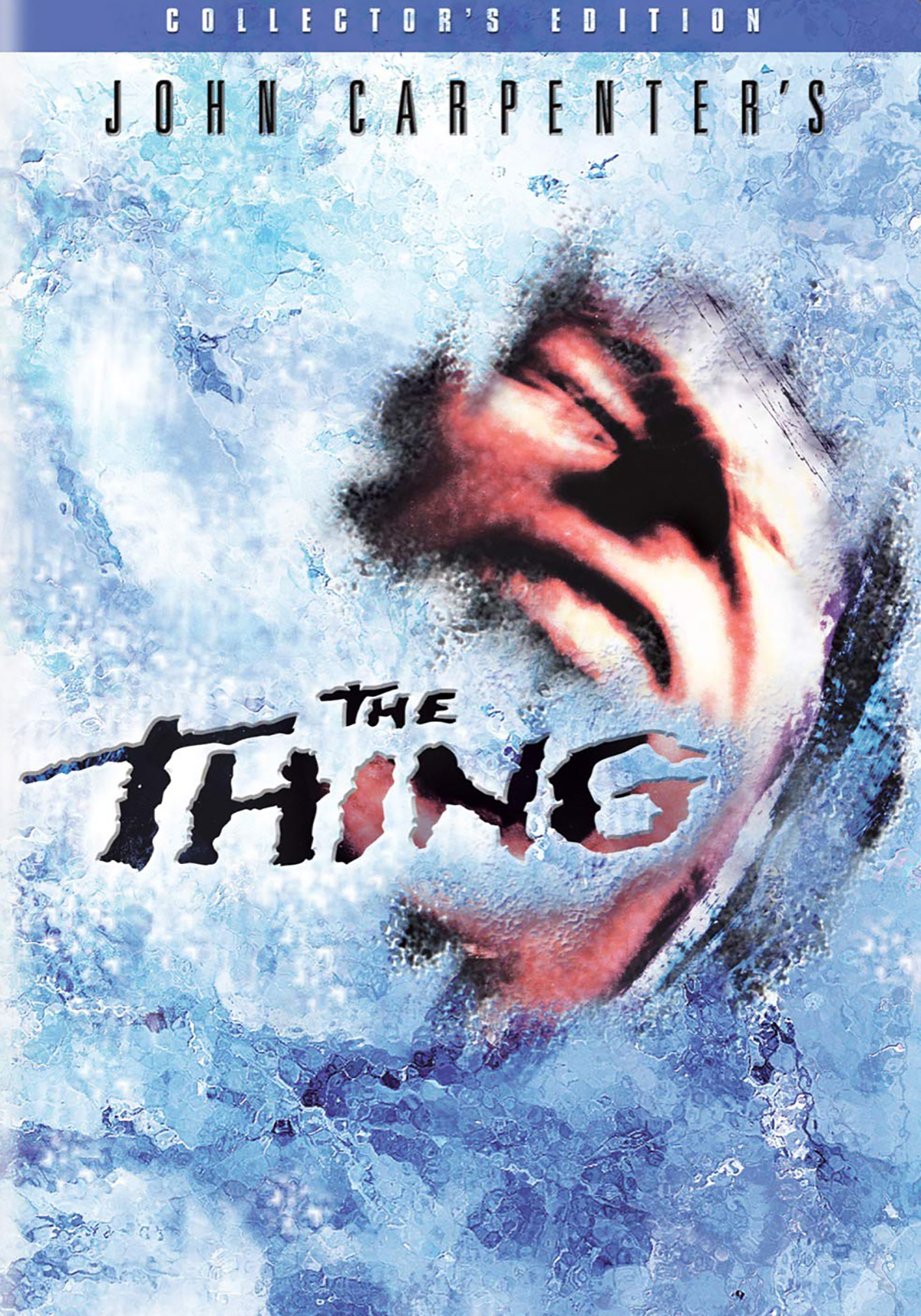 A remake of the Christian Nyby (but really Howard Hawks, most would argue) sci-fi thriller, The Thing is about an isolated Antarctic scientific group whose research base is infiltrated by an alien shape shifter that knocks them down and takes over their identities one by one. (Well, actually their behavior and group dynamic really merit the title “posse” instead of “group,” and, in that, the film is truly underrated as a Hawksian homage by those who are too focused in on the carnage.) Clearly intended by John Carpenter to be a far grander film than any he had attempted before (hence his decision to turn over the musical scoring duties to Ennio Morricone rather than write another DIY wonder), The Thing was instead castigated and signaled the beginning of the end of the mainstream critical establishment’s love affair with the man who, just a few years prior, had a reputation as being the great white hope for the horror genre (though it’s gone through a retroactive renaissance in the last decade or so). The film, which is far more deliberately paced than his other, more slender thrillers, is absolutely stacked with Rob Bottin’s popping, ripping, oozing make-up effects, but Carpenter wisely turns his focus on the fissures of his own microcosmic civilization under duress than that of their skin and veins. Instead, what makes the bloody visuals so effective in their context is that, given that this is a hyper-masculine Carpenter universe, they suggest the all-male society’s ignorance of (and eventual outrage over) the introduction of reproductive “mess” into their staid, fraternal environment, which is perhaps the one singularly transgressive element of the film. Otherwise, The Thing may be a tad too careful and schematic to stand shoulder with Carpenter’s very best films—it lacks Halloween’s disorienting velvety-black spatial neutrality, Assault on Precinct 13’s gliding sense of encroachment, or The Fog’s peerless utilization of environment and atmosphere—but its obsessive insistence on emphasizing the dearth of humans’ capacity for simple trust does culminate with one of his most satisfying finales (second probably only to Escape from L.A.’s cool, detatched endorsement of an e-apocalypse), a fulfillment of Jean Paul Sartre’s No Exit maxim: “Hell is other people.”

Billed as a “Collector’s Edition,” you’d probably have to be a real completist to pick up this disc, should you already have a copy of the 1998 DVD edition. Though the video transfer on the new edition is a welcomed anamorphic boost, it almost exactly matches the previous (very good) transfer in terms of color balance, artifacts, and edge-enhancement. The sound mixes are identical.

Ditto. There’s a distinct “don’t mess with perfection” attitude that appears to have gone into the making of this disc, because all the original pressing’s features are back once again for a replay. Good thing that in 1998 this was one of the more in-depth titles on the market, with a commentary by Carpenter and star Kurt Russell, a feature-length documentary on the making of the film, and loads and loads of behind-the-scenes technical artwork, location footage, outtakes, photos, and animation.