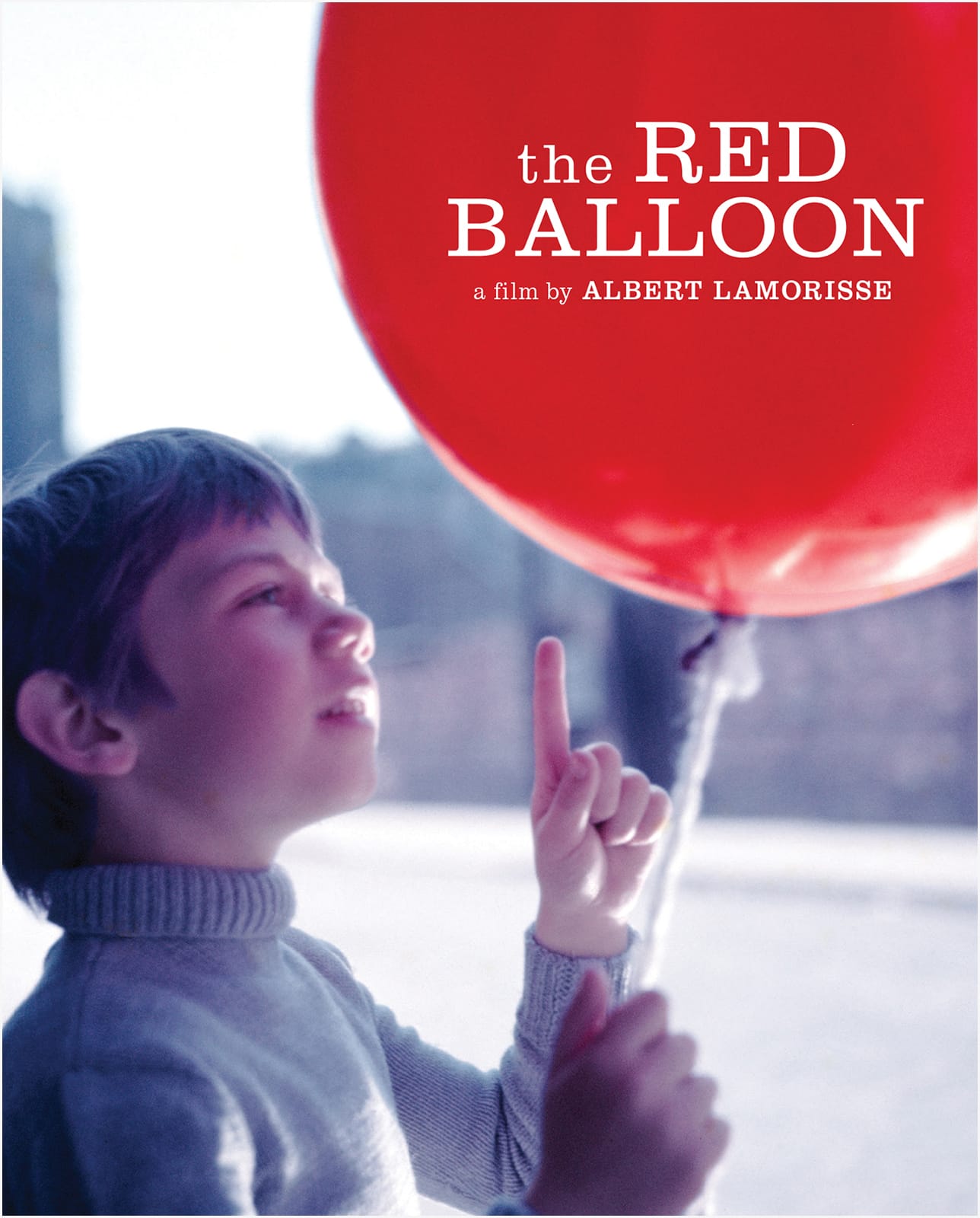 The story of a boy and his toy, The Red Balloon is widely praised for its narrative and visual “purity,” but not enough is said about the movie’s delightful manipulation. A quasi-silent comedy with musical cues straight out of the Charlie Chaplin tradition, Albert Lamorisse’s film plays a game with its audience, just as the little boy (Pascal Lamorisse) and his glowing red orb cling to, fall away from, and chase each other throughout the 34-minute running time. With its many stairs and sloping alleyways, the blue-gray Ménilmontant neighborhood of Paris is like a maze, constantly threatening to come in between the boy and his new pal, but like a magnet or a dog starved for attention, the balloon always comes back to him. He lets go of it on his apartment balcony and watches it fall to him downstairs. He directs it to “wait here” while he buys a treat at the local bakery. A group of neighborhood bullies chase the balloon through a perilously narrow corridor, throwing rocks as it tries to escape. The honeymoon is short-lived, but Lamorisse suggests that kids are always keenly attuned to the objects of the world around them: After the boy loses his red friend, a montage of balloons across the city shows them flying to his side and, in the final shot, launching him into the sky. For Lamorisse, then, the pleasures of childhood are as fleeting as they are ecstatic.

Released by Janus Films “in association with the Criterion Collection” (whatever that means), this new DVD restoration looks and sounds rich. Paris is appropriately rendered in misty browns and grays. The balloon looks a little pink to my eyes, but I’m assuming it was intended that way.

At a sticker price of 10 bucks, Red Balloon may be one of the cheapest Criterion-ish discs on the market, but you won’t get much for it (subtitle options and a useless trailer), leading one to wonder why this movie and White Mane, the other Lamorisse short children’s film being released on the same day, deserve their own DVDs at all. For a few more dollars, couldn’t Janus have packaged them together and clinched the deal for penny-saving soccer moms?

Since Janus’s barebones release of The Red Ballon comes with the 34-minute film and nothing more, highbrow parents might have to find other ways to entertain their kids for the day. Like, you know, Dora the Explorer.