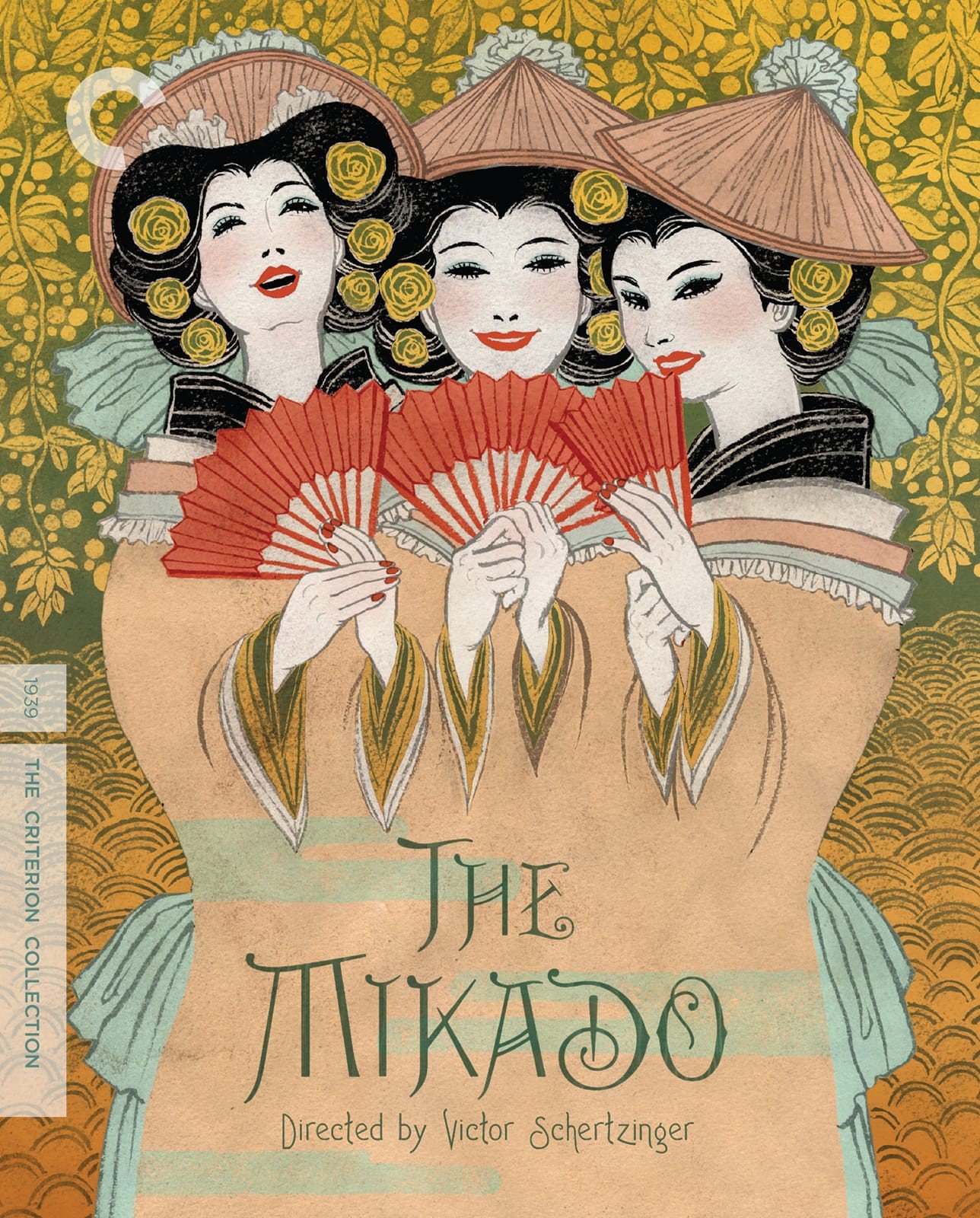 Arguably the best-loved of Gilbert and Sullivan’s spritely Savoy Operas, The Mikado might also be the most pensively British of their collaborations. The failure of their preceding play, Princess Ida, necessitated the swift composition of a work guaranteed to resonate with the fickle audiences of 1880s London; the duo responded to this tall order with reflexive satire, using the purposefully misdirecting, en-vogue exotica of Japan as an aegis under which to comically ruminate on private and political fears. An anxiety over death, both corporeally and professionally, pervades the buffoonish emotional traffic of the tiny eastern town of Titipu.

This impetus yielded an enduring and defining artifact of cultural personality in extremis; while not explicitly approached in the material, the timely friction between Britain’s stereotypical droll bookishness and the human morbidity engendered by the previous century’s industrial advances infuses the humor with a quiet desperation. The plot, for example, hinges upon a preposterous legislative loophole whereby no municipally mandated executions for flirting can occur so long as the most senior man on death row is also the executioner; the innocent maiden Yum-Yum criticizes her proposed live burial as “such a stuffy death!”; and the play’s deus ex machina is a bit of linguistic legerdemain declaring that men who are sentenced to capital punishment are as “good as dead” and need not be physically dispatched. This community inhabits the dark side of life with a single, only intermittently effective defense: sarcastic intelligence.

It’s this, and the striking modernity of the gags, that have preserved The Mikado’s glory in spite of its now-esoteric satirical content. (The easy laughs are often the deepest and most familiar: When the jilted betrothed Katisha attempts to expose the protagonist’s secret royal heritage, the crowd continually interrupts her with Monty Python-like nonsense.) And so the disappointment of the 1939 film adaptation of the opera by director Victor Schertzinger and producer/composer Geoffrey Toye, now out on Blu-ray, rests less on the clumsy hacking received by the already convoluted libretto and more on the awkwardness with which the play’s usually sharp comedy is rendered. To be sure, the fusillade of exposition provided by the introductory title cards makes David Lynch’s Dune appear narratively competent. But one feels as though he isn’t supposed to follow the story too doggedly here anyhow. What we truly miss is the half-smirking pomposity of Gilbert and Sullivan’s élan; the simplicity of the camera angles and by-the-book editing pace can’t quite keep up with the deftness of the music or lyrics.

Granted, there’s a mistake in anticipating authoritativeness here, an expectation provoked by the fact that the film was casted with members of the D’Oyly Carte Company circa 1939. Aside from the shortcomings of the cinematography, any production of The Mikado that omits the cheerily cathartic “There Is Beauty in the Bellow of the Blast,” a number that describes marriage as a rocky but thrill-laden ride toward decrepitude, can’t be anything more than foolhardily revisionist. And the actors’ affiliation with Gilbert and Sullivan’s ultra-traditional theatrical institution hardly legitimizes their performances. The protagonist Nanki-Poo (Kenny Baker), the titular character’s incognito son, is far too blindly earnest when delivering innuendo-rich lines such as “A wandering minstrel I/A thing of shreds and patches/Of ballads, songs, and snatches.” (The Oxford English Dictionary reports that the final noun was, at the time, slang for a quick sexual encounter.) Jean Colin, as his complicated love interest Yum-Yum, has the appropriate deadpan coquettishness to deliver the character’s shrugging fatalism, but comes across as an oddly disinterested foil to her male suitors’ often-hilarious passion. Both the clownish Ko-Ko (Martyn Green) and the bureaucratic nightmare Pooh-Bah (Sydney Granville), who pokes fun at Montesquieu’s checks and balances by inhabiting multiple governmental roles with conflicting interests, are interpreted with commanding slapstick, but all too often are lost amid the clutter of Titipu’s ensemble throng.

Gilbert and Sullivan excelled at staging populations within tight corridors. Their ushering of ensembles, solos, duets, and other configurations throughout only a few settings forces us to respect the entirety of their dramatis personae as a collective character. With The Mikado, too, the rhythmic use of this technique communicates the sophisticated if sardonic interdependence among Titipu’s citizenry. But while Ralph Brinton and Vertés’s vibrant art direction properly insinuates the town’s desperately over-polished pageantry, the camerawork by Schertzinger and operator Bernard Knowles jaggedly caresses this communal activity rather than seeming to participate in it. Schertzinger’s concern is, incorrectly, capturing space rather than inhabiting it—and there was perhaps nothing so precious to W.S. Gilbert as a theatrical director than dramatic inhabitancy. With this in mind one must view Schertzinger’s Mikado as an abridged document rather than an adaptation; it’s a snapshot of where the D’Oyly Carte was in the ’30s, made by filmmakers who couldn’t quite convert their respect for Gilbert and Sullivan into artful understanding.

The Mikado was not, it seems, mastered in high definition, and it shows; this is one of Criterion’s worst looking Blu-rays, if only due to their unusually high standards. There are no telecine flaws visible in the 1080p transfer, but there’s an odd, distracting flatness to the film grain throughout, and—much like with the current issue of The Life and Death of Colonel Blimp—a bright red wash drowning much of the set design’s brilliant color. One hates to be nitpicky with a release of such historical significance, but there are standard-definition Eclipse discs featuring films from the ’30s that look better than this. The sound is clear enough so as not to embarrass Sullivan’s sweepingly playful chord structures, but trust me, you’ll be thankful for those English subtitles once the “short, sharp shock”-s start dropping.

The extras here, funnily enough, seem to designed to dissuade audiences new to Gilbert and Sullivan from judging The Mikado based on the merits of Victor Schertzinger’s largely dreadful film. Mike Leigh’s interview calls the movie “good in parts…soppy in parts,” and then goes on to fetishize the pre-war accents of the three little maids from school. There’s also a featurette where Gilbert and Sullivan experts Josephine Lee and Ralph MacPhail Jr. urge us to concentrate on the acting, as it likely provides a near-carbon copy of how the original Mikado was performed. And finally, for the “if you think that Mikado was poor” category, there are audio clips from two jazz adaptations of the opera recorded from 1939 radio broadcasts (The Hot Mikado and The Swing Mikado). In keeping with the jazz cover conventions of the day, the songs are first played straight and then, by the second verse, become syncopated with horns, guitars, and Bill “Bojangles” Robinson. Willow tit-willow, daddy-o.

As far as Blu-ray releases of adaptations of The Mikado go, the Criterion Collection’s is sufficiently decayed.

Review: Batman: The Brave and the Bold: Season One, Part Two on Warner DVD