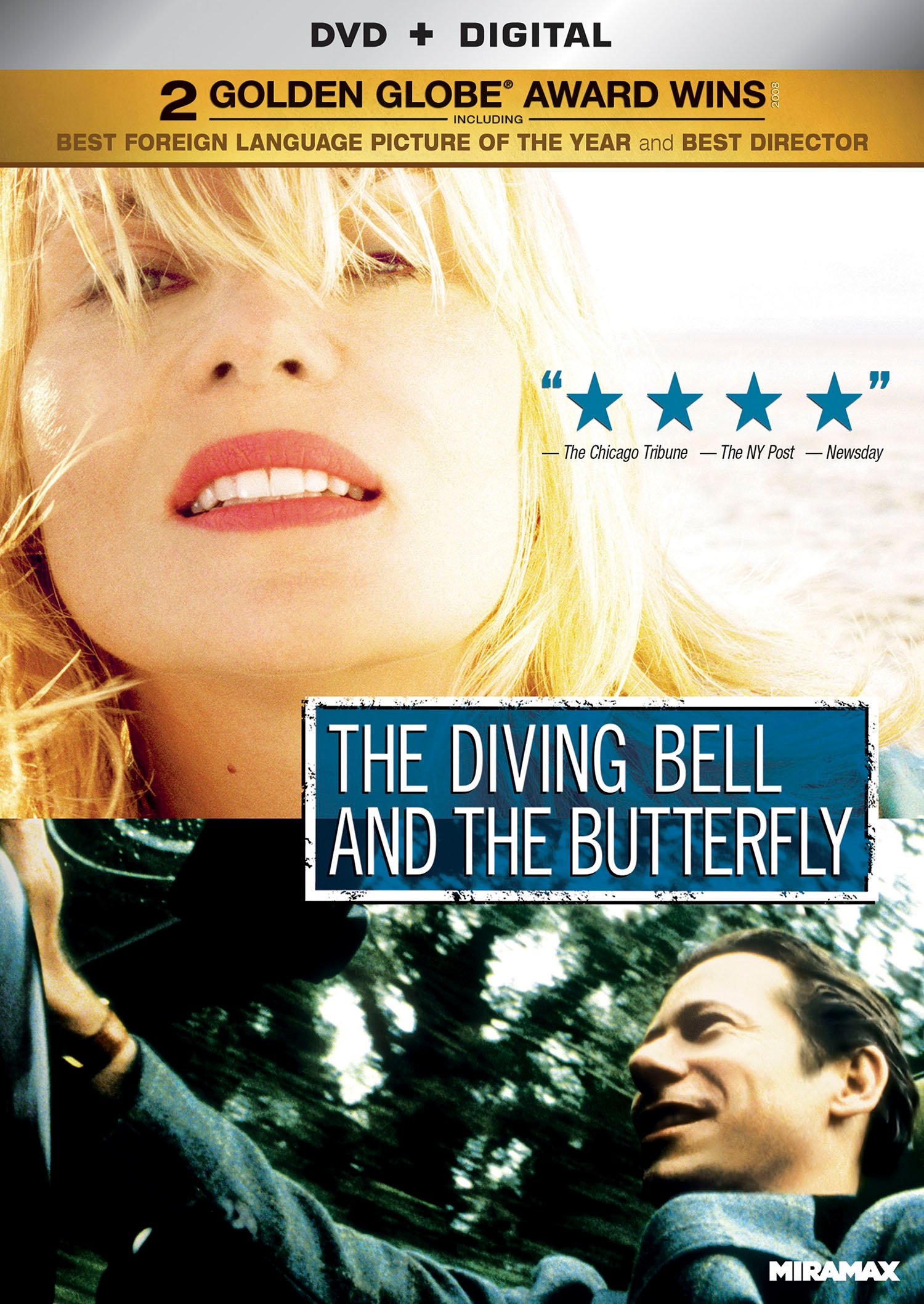 A textbook example of a director prizing himself over his material, The Diving Bell and the Butterfly finds its true story about paralyzed Elle France editor Jean-Dominique Bauby hopelessly smudged with artist-turned-filmmaker Julian Schnabel’s fingerprints. In December 1995, 43-year-old playboy Bauby suffered a severe stroke that left him completely paralyzed but fully cognitive, a condition known as “locked-in syndrome” in which he could communicate only through blinks of his sole functioning eye. Despite this tremendous disability, Bauby—with the help of his devoted speech therapist Henriette (Marie-Josée Croze) and patient writing partner Claude (Anne Consigny)—managed to dictate, one letter at a time, a slender volume of reflections on his circumstances and regrets before dying in 1997, a book which Schnabel and writer Ronald Harwood adapt with only slightly more restraint than that shown by competitive gorger Kobayashi at Nathan’s annual hot dog-eating contest. It’s Johnny Got His Gun (or, at least, the portions used in Metallica’s “One” video) via My Left Foot, stylistically Miramax-ized to within an inch of its life.

Aided by frequent Spielberg cinematographer Janusz Kamiński, Schnabel attempts a portrait of interiority by confining his film’s early-going to Bauby’s POV, an inland empire defined by the man’s thoughts (alternately sarcastic, angry, and morose) and smeary, bumpy vision. It’s an aesthetic that, at least initially, manages to replicate its source material’s chillingly visceral account of pervasive imprisonment and its resultant psychological turmoil. Unfortunately, it’s also a tactic whose effectiveness is extremely transitory, tapping into one’s fears of horrifying solitude for only a few minutes before proving to be an exasperating and, in the case of a first-person view of surgery to permanently stitch Bauby’s damaged eye closed, often-grotesque gimmick. Schnabel’s depiction of Bauby’s situation is filtered with excessive, over-the-top directorial gestures, lending the proceedings a superficiality that doesn’t dissipate even after the opening act’s visual straightjacketing is discarded in favor of a more conventional third-person perspective.

Along with the recurring motif of a crumbling Arctic ice shelf, hallucinatory sequences involving the Empress Eugénie (Emma de Caunes) and an acquaintance Bauby inadvertently condemned to four years as a Beirut POW all contribute to The Diving Bell and the Butterfly’s heavy-handed fantasticality. Equally frustrating, though, is that—regardless of sincerity or accuracy—Bauby’s eventual realizations about the error of his unfaithful ways and the importance of family are handled so cursorily that they wind up feeling desperately trite. As the crippled magazine chief, Mathieu Amalric exudes hints of complex, conflicting impulses during the story’s sporadic memory flashbacks. Yet these brief snapshots of the past, as well as regular close-ups of his drooling, distorted face, don’t alter the fact that the film dances around Bauby the human being, touching here and there on his pre-accident personality and relationships with his father (Max von Sydow), lover (Marina Hands) and babies’ mama (Emmanuelle Seigner), while—as evidenced by literal, indulgent representations of its titular metaphors—lavishing the bulk of its attention on itself.

Pleasantly grainy, the image shows some signs of strain, but aside from some instances of haloing, it’s a virtually spotless transfer, with accurate skin tones, pleasant black levels, and great color saturation. The film’s audio is nowhere near as hysterical but the Dolby Digital 5.1 surround conveys its subtle nuances across the entire soundstage.

Given the ginormous gaps in Julian Schnabel’s comatose commentary track, you may be excused for thinking the director also suffers from “locked-in syndrome”: Miraculously, he doesn’t come across as snotty as he has throughout the film’s theatrical press tour, but when he speaks here it’s mostly to relate some dull anecdote about the film being shot in the same hospital Jean-Dominique Bauby stayed in or how an actress on screen was the same nurse who treated the Elle France editor. (Points, though, for his bizzaro flair for detail: On Niels Arestrup, Schnabel describes the actor as a combination of Christopher Walken and Marlon Brando after the two have been stuck on a glacier for 13 hours.) Elsewhere, “Submerged: The Making of The Diving Bell and the Butterfly” features Mathieu Amalric describing how it was never his turn to act but the whole cast acting together and Max Von Sydow praising Schnabel’s warmth and generosity, while “A Cinematic Vision” focuses on the cinematography’s ocular-obsessed images. Rounding out the disc is a chat between Schnabel and Charlie Rose and a trailer for The Chronicles of Narnia: Prince Caspian.

If the film is anything, it’s a gorgeous eyesore, and the image on the disc does justice to Julian Schnabel’s over-direction.