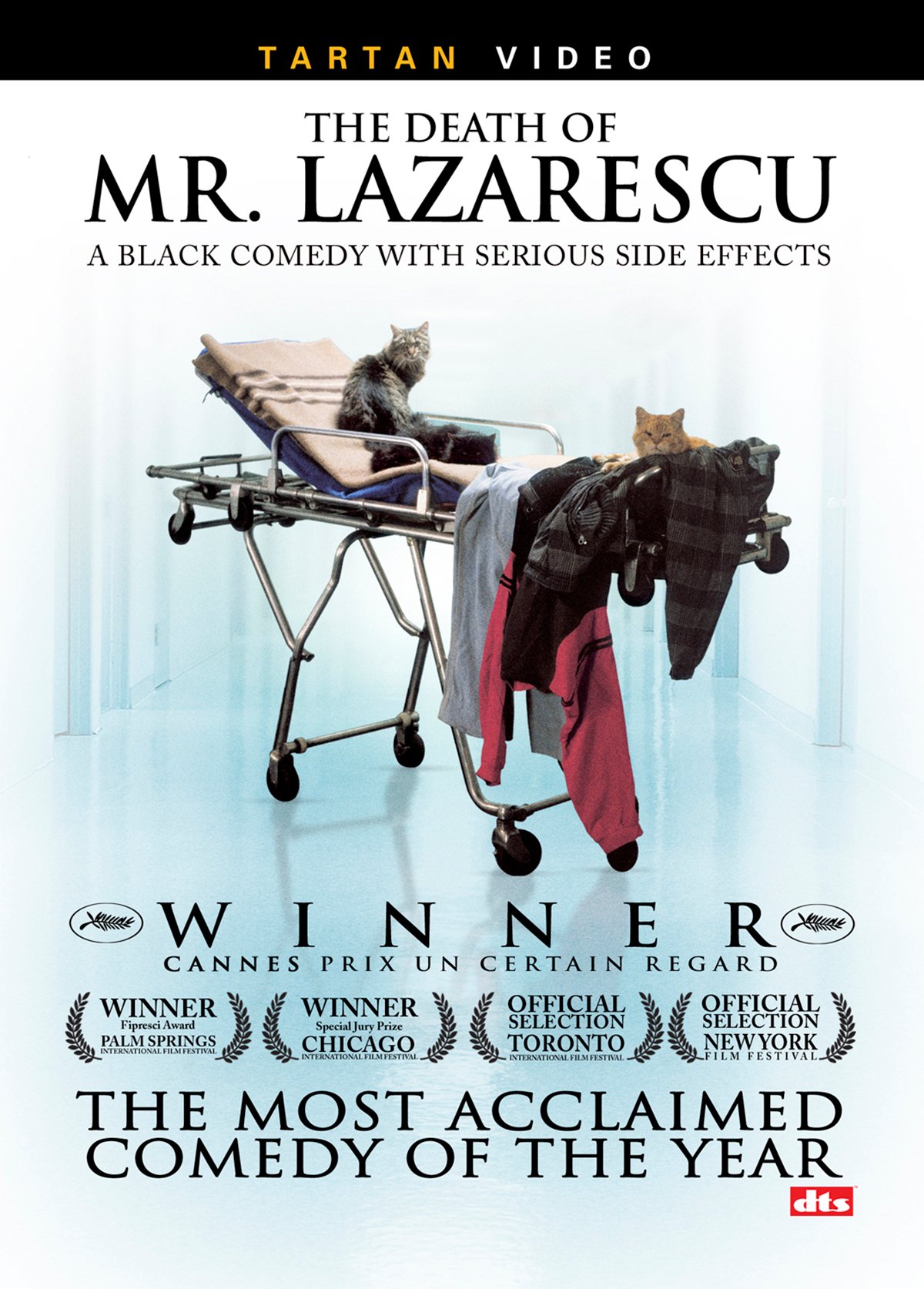 The “real” and the “reel” are virtually synonymous in Romanian filmmaker Cristi Puiu’s second feature, The Death of Mr. Lazarescu, which comes on like a force of nature. Mr. Lazarescu (Ion Fiscuteanu) has a headache, which he self-diagnoses as an aftershock of an age-old ulcer operation. After a day of futile self-medication, the man calls 911, at which point Puiu spotlights a subversive road to hell scarcely paved with good intentions. Radiating a startling intensity, the film demands to be reckoned with.

In the time it takes for his ambulance to arrive, Lazarescu vomits on himself and changes clothes, not once but twice, and beckons his next-door neighbors for help. On the television: a news report about a bus accident that spiraled out of control, seemingly unconnected to his crisis. The victims of this horrible accident are now scattered all over Bucharest’s hospitals, and it’s into this mess that the lonely old man is swept in. In return, he’s callously swept out again, shipped from one hospital to the next by one browbeating medical personnel after another—sticklers for red tape who not only glibly dismiss Lazarescu because he stinks of alcohol but condescend to the ambulance nurse, Mioara (Luminița Gheorghiu), who bears witness like some frustrated angel of mercy to the man’s dehumanization.

Seamlessly edited and choreographed, the film seems to unspool in a single, unbroken movement, and though it appears as if the story is simply about the death of one man, a larger, spectacularly perverse picture—something of a state of the union address—begins to emerge as the narrative charges forward. Puiu’s images appear to move in slow motion as Lazarescu is absurdly carted from one location to the next, but like a piece of gum stuck to someone’s shoe, they capture quick flashes of subtext impossible to shake loose: the dying man’s female neighbor complains to Mioara about Lazarescu’s deceased Hungarian wife bringing liquor into their home; doctors and nurses gripe about being understaffed and underpaid; and as Lazaresu sinks deeper and deeper into unconsciousness, he begins to ramble about his family and the bombs that once rocked his world.

Lazarescu’s first name isn’t Dante for nothing. From hell and back, the man is subjected to a series of unfortunate events that represents a purgatory of exasperating ineffectuality and inaction. But Puiu never overplays this symbolism or loses sight of a larger humanist picture. Forcibly directed, the film rarely looks away from its main character, and when it does (not least of which when the lights go out over and over again outside the old man’s apartment), his absence is felt like a punch to the gut, or a beating heart ripped out from a body politic that’s slowly begun to give out on itself.

The grit of the film translates nicely to video except blacks appear crushed in some scenes and colors are a little muggier than I remember. The audio is more dimensional, though nothing on the soundtrack is so sonically overpowering that the 5.1 surround track ever feels as if its had its capabilities tested as much as Mr. Lazarescu is by his country’s healthcare system.

Given how long-and interestingly-Cristi Puiu discusses his film (from its impetus to its status as a black comedy) in an interview included on the disc, it’s a shame Tartan Video didn’t go the extra mile by having the man record a commentary track. Also included here is a specious “perspective” on the U.S. healthcare system by Dr. Fred Berlin, who is a fan of Puiu’s film, a booklet with a New York Times article by Alan Riding and a Cinemascope interview with Puiu by Christoph Huber, and trailers of other Tartan Video titles.

To suffer the allegorical death of Mr. Lazarescu is to grapple with the social injustices built into so many of our world’s healthcare systems.