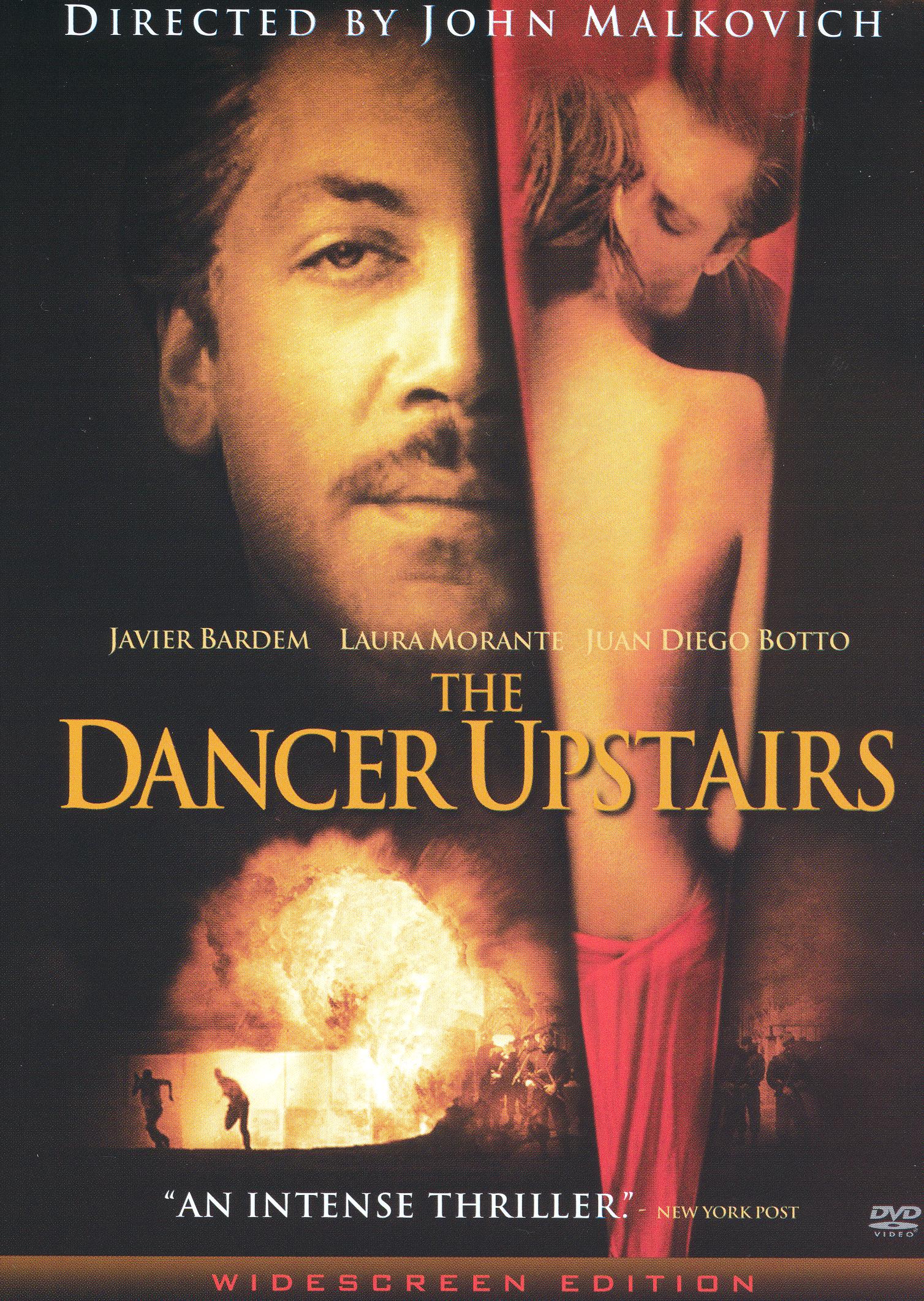 As an experiment in taking a potentially intriguing and suspenseful story and ridding it of all elements save for the futile banality of its characters and events, The Dancer Upstairs works brilliantly. As a movie, however, John Malkovich’s somber directorial debut is less successful. The film casts Spanish actor Javier Bardem as Rejas, a brooding, well-intentioned lawyer-turned-detective in an unnamed Latin American city assigned by his superiors to quell a possible revolution led by a mysterious terrorist named Ezequiel, whose numerous incidents of violence and destruction have the government fearful of their ability to keep a political hold on the country. Rejas’s dutiful efforts to catch this madman, who in an ironic twist of fate he briefly met five years earlier while stationed at a far-flung outpost, are barely of interest to the film; his detective work seems to consist of shuffling his feet while waiting for the screenplay to point him in the right direction. (It often does; many of the clues he picks up en route to the anti-climactic denouement are so vague that it’s possible the character has some psychic powers the audience is never informed of.) His restlessness (or is it boredom?) subsequently drives him to become fixated on his young daughter’s dance instructor (the poignant Laura Morante), with whom he also does quite of bit of hemming and hawing.

Though it is painfully clear from the film’s halfway mark that Rejas’s investigation and his faltering love life will eventually collide, The Dancer Upstairs withholds any action on this point until its final 10 minutes, when the spackling of insubstantial happenings in the first two hours begins to add up. Malkovich and screenwriter Nicholas Shakespeare (who based the screenplay upon his own novel) would certainly love to chalk the lack of concrete action up as unconventional ambiguity, but in actuality the film feels less tantalizingly ambiguous than it does like a prologue that has somehow taken the place of the story that was meant to succeed it. There are some lovely visual passages waiting to be discovered, but Malkovich ultimately pushes The Dancer Upstairs so far into an emotional void as to render it completely useless. Following a screening of the film, a colleague of mine remarked that this was just the film he would have expected Malkovich to make. Perhaps so, but his acting has always had passion, something The Dancer Upstairs significantly lacks. Instead it’s possessed with vanity and pretense, making me wonder if it was not in fact directed by John Malkovich the actor, but by John Malkovich the Spike Jonze parody.

The Dancer Upstairs is presented in anamorphic widescreen on this DVD edition of the film, which preserves its 1.85:1 aspect ratio. The persistent but not-too-distracting edge haloing that goes on throughout the film is the worst thing that can be said about the transfer. Blacks aren’t too deep and skin tones are somewhat muggy but the overall haziness of the transfer only compliments the dreamy grittiness of the film that much more. There isn’t much going on in the surround department, but dialogue is nonetheless crystal clear and the songs sure do sound sexy.

Yes, there’s a commentary track by John Malkovich and Javier Bardem here-you just have to wait four minutes before they start talking. The problem with many commentary tracks is that most are in direct conflict with whatever other supplemental materials have been packed into their respective discs. Malkovich, whose pretense is trumped only by the strange seduction of his voice, seems to address all the pertinent questions (for example, the scandal surrounding the frozen road kill used for the film), but the Sundance Channel’s 24 Frame News special on the director, though unfortunately short, says more about the man and his directorial process than anything revealed on the commentary track. A making-of featurette is routinely pieced together from press junket interviews but is dignified by sexy and elegant cutaways to musical clips from the film. Rounding out the disc is a trailer for The Dancer Upstairs and In America.

There are some lovely visual passages waiting to be discovered, but John Malkovich ultimately pushes The Dancer Upstairs so far into an emotional void as to render it completely useless.

Review: Peter Jackson’s The Lord of the Rings: The Two Towers on New Line DVD