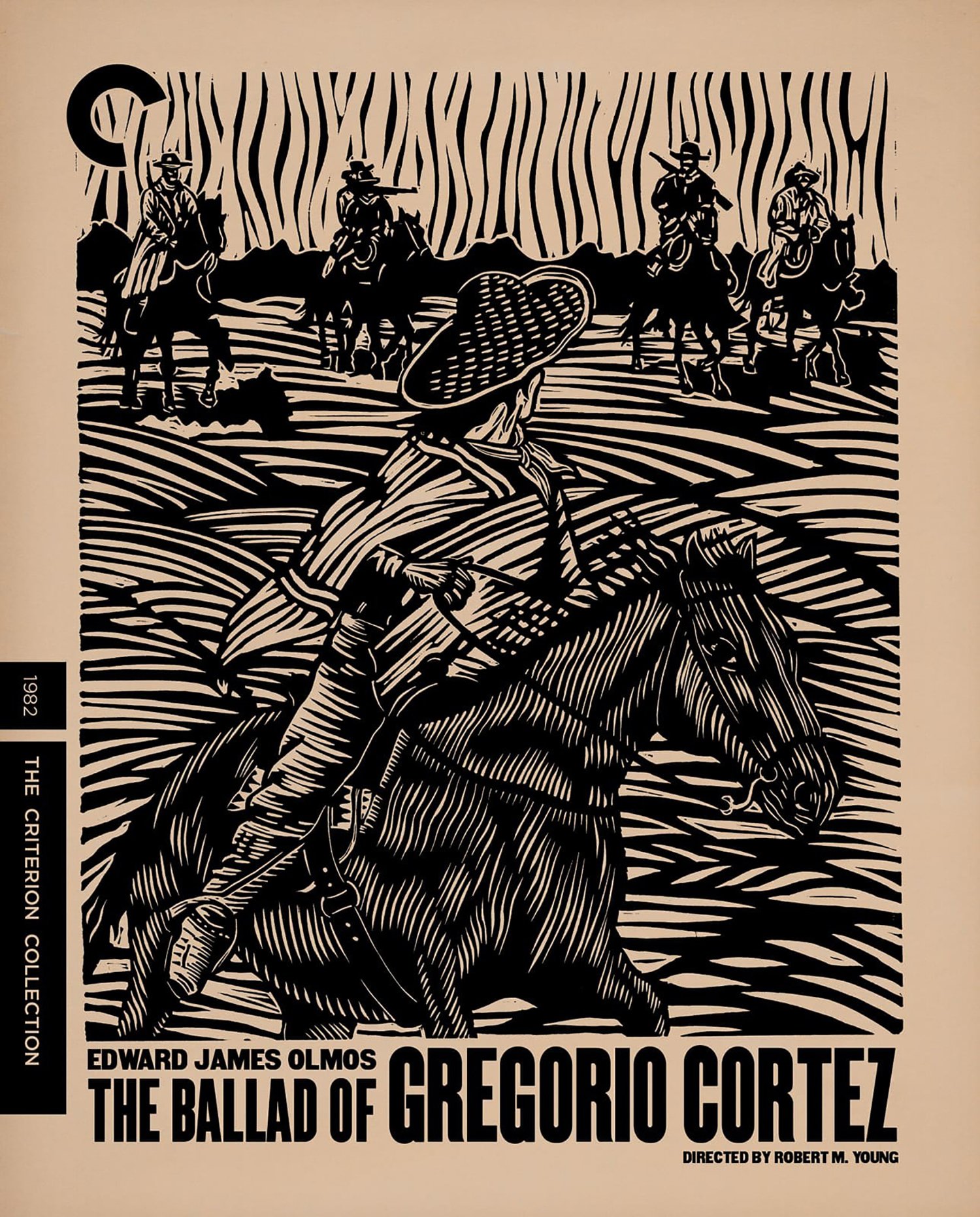 Like The Wild Bunch before it, Robert M. Young’s The Ballad of Gregorio Cortez examines the violence that has historically defined border disputes in the American Southwest and its representation in Hollywood cinema. Young and co-writer Victor Villaseñor depict the rift between U.S. and Mexican peoples at the turn of the 20th century; in hindsight, the time period helps to contextualize present-day disputes over immigration, something Young explicitly addressed in 1977’s Alambrista! In The Ballad of Gregorio Cortez, the biggest obstacle to empathy isn’t undisguised racism, but an unwillingness—or in some case, an inability—to see humanity across the border.

Young, thankfully, goes about making these points in complicated and humane ways. On the run after being charged with murdering the sheriff of Kenedy, Texas in 1901, Gregorio Cortez (Edward James Olmos) takes refuge one night in an unspecified part of the Texas desert with Cowboy (William Sanderson), a rancher who’s been alone for weeks tending to cattle. Though Cortez is a tenant corn farmer living in Texas, his inability to speak English automatically pegs him as an outsider to Cowboy. Even after it’s established that neither man speaks the other’s language, they continue to talk to each other, though really it’s as if the men are in monologue with themselves.

Cowboy admits that after spending weeks alone in the desert, he’s tired of his own company and is happy to have someone to speak to. The scene is a striking echo of a similar one from James Whale’s classic Bride of Frankenstein, with Cortez filling in for the monster who happens upon a blind man’s cabin. Whereas Whale used the chance encounter at the center of his 1935 film between the blind hermit and Boris Karloff’s monster to reveal how kindness and acceptance rather than fear fosters cultural assimilation, Young uses the similar scenario at the center of his film to show how, on the American frontier, blindness has been replaced by the barriers of language.

Indeed, much of The Ballad of Gregorio Cortez implicitly questions the legitimacy of Cortez’s crime by interrogating how people misrepresent their own eyewitness accounts as factual evidence. The bulk of the film unfolds from the perspective of a Texas posse in pursuit of Cortez. Through the use of a Rashomon-like flashback structure, the filmmakers interrogate how a historical record of the Cortez incident will be exclusively built by English-speaking men working in the name of the law. Blakely (Bruce McGill), a San Antonio newspaper reporter, functions as an audience surrogate by tagging along with the posse in order to get the full story of the incident and Cortez’s subsequent pursuit by law enforcement. When the newly appointed Sheriff Fly (James Gammon) of Kenedy asks why Blakely cares about the story, he responds, “I have a right to find out.” As in John Ford’s The Man Who Shot Liberty Valance, justice arrives more swiftly through the concerted pursuit of truth than in the bloodthirsty endeavors of the law.

While that film’s famous line, “When the legend becomes fact, print the legend,” targets the cynicism of those in power who work to suppress factual details in favor of perpetuating myth, The Ballad of Gregorio Cortez sees filmmaking itself as a way to simulate how miscommunication breeds mistrust. As such, none of the film’s dialogue is subtitled, and given that nearly half of the dialogue is spoken in Spanish, the lack of on-screen text isolates the non-Spanish-speaking viewer, who must rely on either a person translating on screen in some scenes or, as is more frequent, body language to ascertain what’s being communicated by the film’s characters. Of course, the choice also reveals how most films released in the U.S. lack subtitles altogether because they’re entirely in English. By further drawing attention to language in this metatextual way, the film itself becomes a testament to the difficulty of seeing and hearing across borders.

The long, narrow bridge of cultural communication that defines Spike Lee’s Do the Right Thing finds some of its origins in The Ballad of Gregorio Cortez, particularly in the Young film’s weighing of the relationship between personal property and personhood. Cortez’s initial pursuit by law enforcement is sparked by a miscommunication over his ownership of a horse. Learning of the matter after he’s been apprehended, Carlota Muñoz (Rosanna DeSoto), an activist working on Cortez’s behalf, explains that Cortez distinguished between selling a mare and a horse, something the officers didn’t understand. As Muñoz further states: “In Spanish, we make a distinction.”

Indeed, a distinction between a mare and a horse, and a distinction between property and life. It’s this revelation of such a petty misunderstanding that prompts Cortez’s most evident outpouring of emotion. Here, The Ballad of Gregorio Cortez fully embodies its title’s lament for human persecution fostered in the name of protecting private property, which in turn proves to be a still-thriving excuse for the continued oppression of nonwhite peoples.

Criterion’s HD transfer has been faithfully assembled from various 16mm and 35mm negatives. The restoration is particularly strong in its presentation of faces; given that much of the film was shot in close-up, Criterion has risen to the task of preserving the level of detail in Robert M. Young’s images. Wide shots also exhibit great depth of field and clarity. The image presentation’s only minor flaw involves a few shots where some colors appear washed out. The monaural soundtrack carries remarkable force, most notably when booming W. Michael Lewis and Edward James Olmos’s electronic-tinged score. Dialogue is clear and clean, without detectable distortion or fluctuating audio.

Though scant, the disc’s extras are nonetheless important. Edward James Olmos provides a new interview, discussing The Ballad of Gregorio Cortez’s authenticity and relevance as being one of the first U.S.-produced films to feature a Latin hero. Furthermore, Olmos details his role as a producer, telling an unfortunately all-too-familiar story about how no one wanted to produce the film, until Robert M. Young came on board. But the real highlight here is a brief lecture by professor Chon A. Noriega, who analyzes various sequences in the film by considering the production’s low budget and use of natural light. Noriega also explains how Cortez is developed as an unconventional hero and why the film places the burden of responsibility for conveying truth on the character of the journalist. The disc also features a lively panel discussion from 2016 following a screening in Los Angeles, featuring several members of the cast and crew. Finally, a booklet contains an essay by film scholar Charles Ramirez Berg lays out more historical context and analyzes what Berg calls the film’s “nontraditional storytelling choices.”

Criterion resurrects The Ballad of Gregorio Cortez with a luminous restoration, pairing it with a helpful handful of extras on the film’s production and legacy.