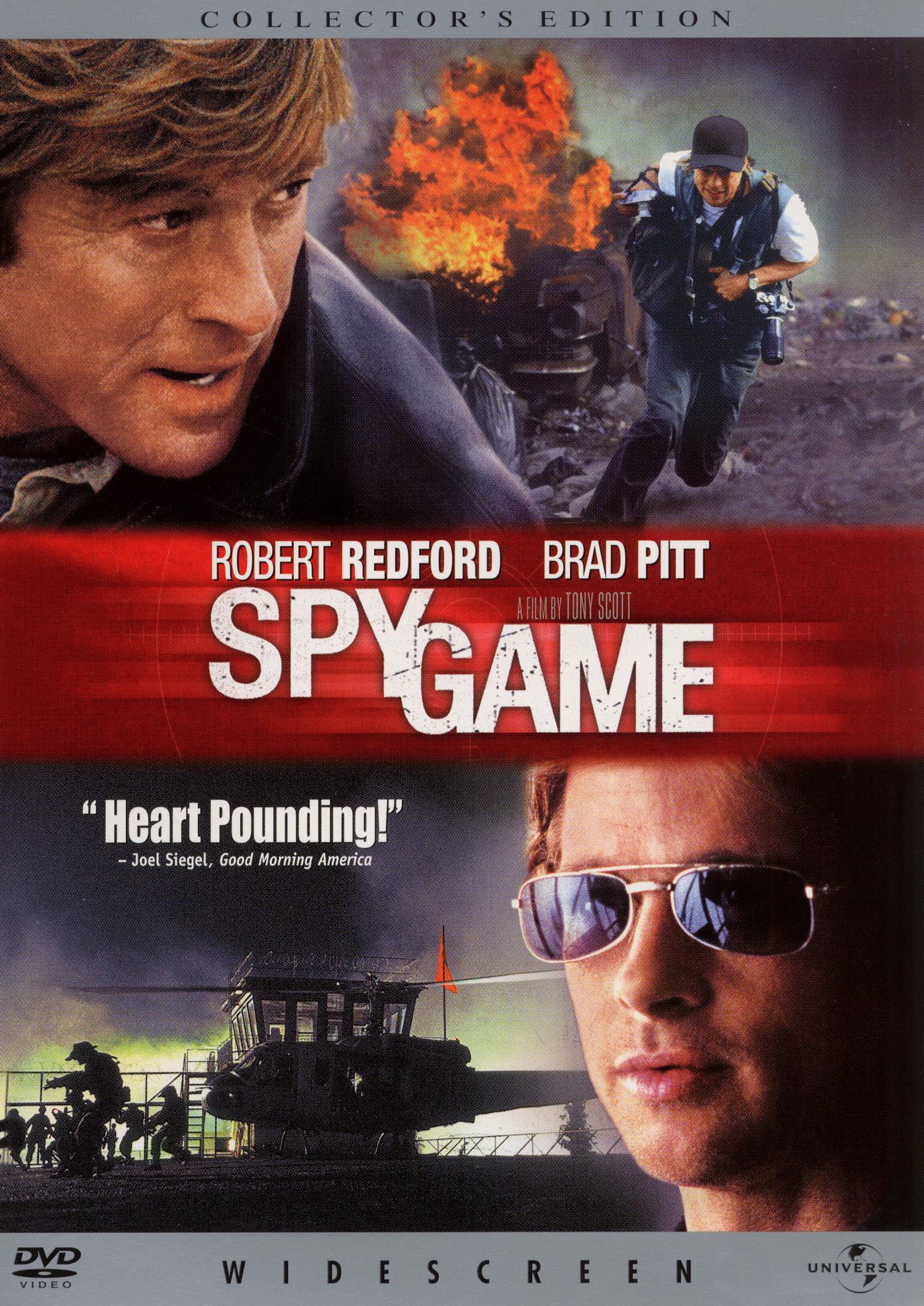 Tony Scott knows how to put on a good show, never calling too much attention to the American flags that hang from Nathan Muir’s (Robert Redford) walls. Spy Game (think Enemy of the State redux) showcases Scott’s signature panache for out-of-nowhere whoosh pans, excessive visual time stamps and brash location titles (you know, the ones accompanied by the sounds of a typewriter). Good ol’ rock ‘n’ roll music introduces the film’s Vietnam sequences; it’s there that C.I.A. operative Muir meets hired-killer Tom Bishop (Brad Pitt). Years later, Muir is ready to leave his comfy government job and move down to the Bahamas when Bishop is charged for treason on a Chinese island. Marianne-Jean Baptiste’s Gladys is the dynamic secretary to Redford’s slickster C.I.A. agent. Two-stepping their way through C.I.A. files and secret phone calls, the couples makes Spy Game crackle with their quick-fire interoffice repartee. Character actor Stephen Dillane (doing his best James Woods impersonation) is one of many C.I.A. officials who try to keep mum about Bishop’s espionage troubles while attempting to milk Muir for information. Right after hyper-intelligent Chinese inexplicably spot Bishop’s spy game via bubble-gum popping, Muir expertly pulls the wool over the eyes of the film’s C.I.A. elders. No surprise there—he is the pro while Bishop is the underachieving upstart whose testosterone leads him astray. His relationship to his Chinese best bud is about as underdeveloped as Bishop and Elizabeth’s (Catherine McCormack) romance. Once he takes the C.I.A. by the horns, Spy Game becomes little more than a bitchy back and forth between a cocky operative and an organization too dense to save one of its citizens. David Hemmings, sans his Last Orders devil eyebrows, and Charlotte Rampling make notable appearances as Muir’s Hong Kong connection and a sexy German socialite, respectively. Terrorists slam into buildings in smashing fashion, all set to an over-the-top score that channels everything from Middle Eastern tribal sounds to Celtic chants (it’s so ridiculous you have to love it). There’s something to be said about Scott’s relative disinterest in the film’s politics and morality. Rather than step on any political toes, Scott creates an undeniably punchy product that seems to rest entirely on the relationship between the conservatism of old-school Hollywood and the aggressiveness of the new guard. Spy Game is suave action for the boys but, more importantly, a sweat chamber for moms and daughters who get to see baby boomer and Gen-X pin-ups rubbing sweaty shoulders against each other.

Universal presents Spy Game in its original 2.35:1 anamorphic widescreen. The transfer does great justice to Dan Mindel’s syrupy color palette. His punchy camerawork translates very well to the small screen though Harry Gregson-Williams’s score must get some credit here. The disc’s superior 5.1 DTS soundtrack is unbelievably dynamic and captures the full range of the film’s silly but exciting operatic score.

Spy Game gets the oh-so-clever treatment on DVD with slick interactive menus and an array of special features thematically linked to the film’s espionage proceedings. First up is Clandestine OPS. When this option is set, a file folder appears on screen signaling that there is “classified information” to be discovered. Whether it’s Tony Scott dishing out location trivia or file-folders that disclose top-secret character bios and factoids, this clever feature aptly treats the spectator as a spy making their way through a case file. The brief script-to-storyboard segment is a very humble feature that showcases Scott’s therapeutic approach to filmmaking. This three-minute extra situates images from Scott’s storyboards atop the finished product while Scott’s accompanying commentary highlights his concern for the intimacy of his images.

More interesting than the two commentary tracks (one with Scott and another with the film’s producers) is the director’s commentary for a series of deleted scenes. These outtakes more or less confirm that plenty of character and plot nuances were left on the cutting room floor. While a scene where Redford’s Muir looks for Pitt’s Bishop was wisely left out (Scott didn’t want to hit the audience over the head with his “Made in the USA” politics), there’s plenty of meaty backstory that unfortunately didn’t make the cut. While alternate versions of some scenes reveal the loss of character insights, Universal may be falsely marketing the DVD’s alternate ending. It’s not an alternate ending per say, merely an extended version with omitted shots of guards freeing Bishop from prison.

It should be noted that Spy Game is Universal’s first Total Axess DVD title. Users can now view specially-created streaming videos using the studio’s Total Axess DVD portal. Place your Spy Game DVD in your CD-ROM drive and you’ll be able to access these features by clicking on the “Total Axess” button to the far left of the pop-up DVD menu. Features for the Spy Game DVD will include clips from the film’s world premiere, an exclusive interview with Redford and Pitt, a “choosing the right director” interview with producers Marc Abraham and Douglas Wick, Scott’s thoughts on working with Redford and his experiences with the C.I.A. while doing research for the film. The Total Axess portal will also provide downloadable photos, screensavers, wallpaper, behind-the-scenes stills, Scott’s screenplay with notes, annotations and sketches and a Spy Game trivia contest. While Total Axess seems like a logical addendum for DVD titles already jam-packed with special features, one can tell this “innovation” will likely be plagued by obnoxious pop-up ads. While I did learn about the upcoming GameCube title The Hobbit by clicking on the DVD-ROM’s Online Features button, there’s only so many ads one can see for Universal’s upcoming Scorpion King.

Scott’s commentary track sounds dry and redundant after his commentary for the disc’s Clandestine OPS, alternate version and deleted scenes sections. Still, it should be noted that the director places an unbelievable emphasis on character interaction. Where his producers are predictably concerned with the monetary logistics of the film’s operation, Scott focuses on the nuances of his characters. Not only is Tony more humble and gentler-sounding than brother Ridley, he’s also more concerned with not dehumanizing his on-screen enemies. Just as Scott made it a point to give his Middle Eastern characters added dimensions, he allowed his actors to reshape their characters as the filming progressed. Also included here is a page that lists the requirements for C.I.A. acceptance, a soundtrack commercial, the film’s theatrical trailer, an ad for Universal’s upcoming Bourne Identity starring Matt Damon and Franka Potente and a cast and crew filmmography section laid out to appear like a stack of file folders.

Jam-packed with a wide range of features, the Spy Game disc becomes a pristine example of rock-solid studio filmmaking getting the professional treatment on DVD.

Surface Review: A Psychological Thriller About Identity That Struggles to Find Itself