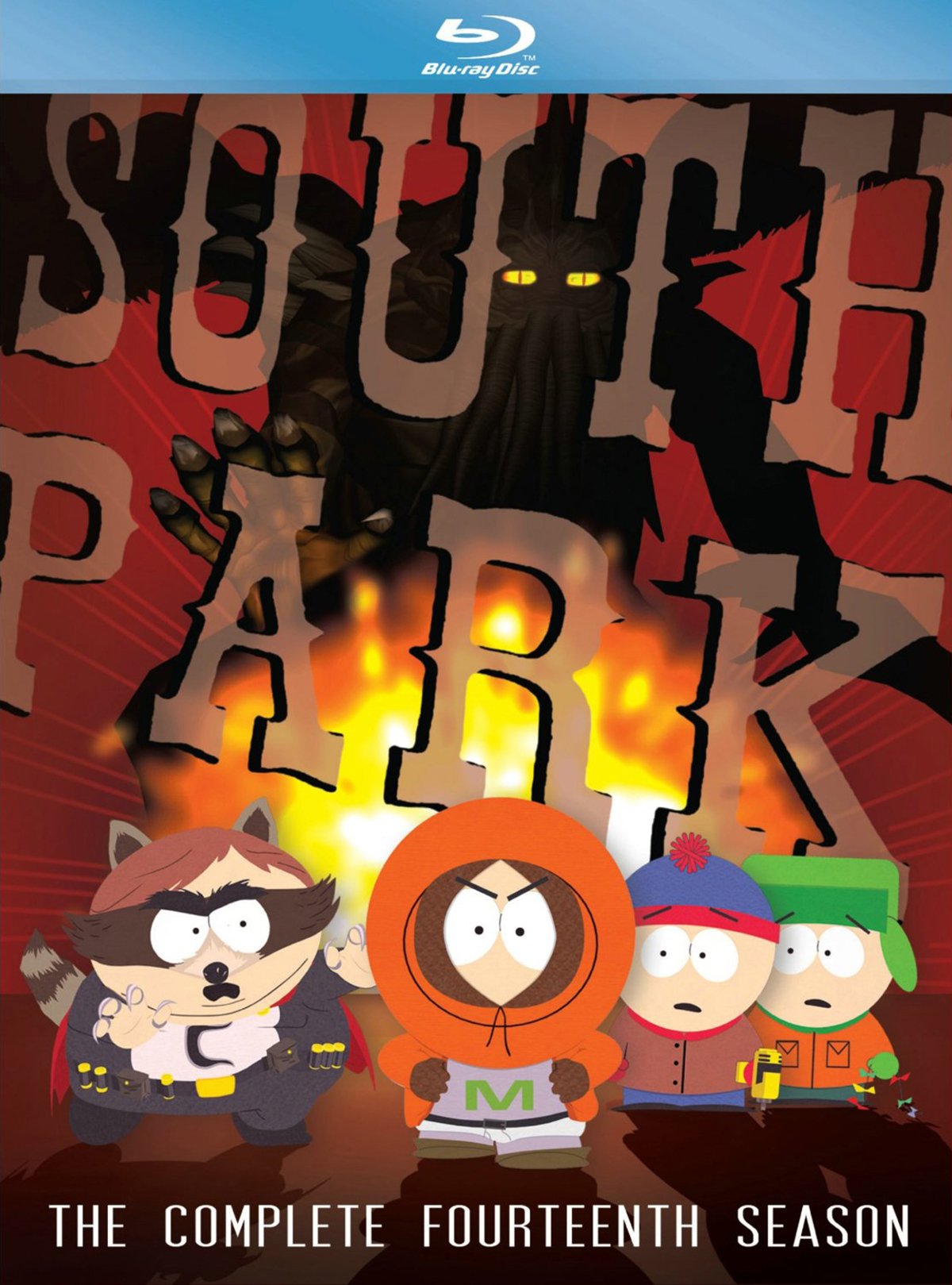 A few weeks ago, the 15th season of Comedy Central’s South Park, the channel’s flagship program created by Matt Stone and Trey Parker, premiered with an expectedly outlandish lampooning of Steve Jobs, the iPad, and Apple computers through a parody of The Human Centipede (First Sequence). The hybrid should have come as no surprise for even mild fans of the show: Since South Park’s inception in the late 1990s, popular cinema, television, and their familiar structures have become increasingly prominent fascinations for the show’s creators and have proven to be apt delivery systems for the duo’s brand of sociopolitical satire. There are plenty of times when either the “lesson” or the parody don’t land, but the show’s staggering inventiveness rarely dithers and ensures that every season has at least a handful of episodes that offer more wit and genuine cleverness than any other animated show on television delivers, with the possible exception of FX’s brilliant Archer.

About two-thirds of the way into the show’s 14th season, Parker, who’s credited solely for writing and directing all but one episode of said season, shifts a parody of A&E’s Hoarders into a parody of Christopher Nolan’s Inception about five minutes into the episode; such cultural totems as Woodsy the Owl and Freddy Krueger are also utilized in the breadth of the 21-minute episode. Though Parker is a bit quick to call pretension on Nolan’s uneven mindbender, his summation of the film’s faults is beyond reproach, calling attention both to the ceaseless exposition and the overbearing score that diluted Nolan’s visual bravado. It’s not one of South Park’s funniest episodes (the show’s sense of general amusement can often outweigh the amount of actual laughs), but there’s a rebellious itch to it that’s crucial to the show’s success, and endemic of Parker and Stone’s batshit social commentary.

The structure of that particular episode, entitled “Insheeption,” is often the type of mash-up that yields the show’s most memorable episodes. In “It’s a Jersey Thing,” the dominance of Jersey-centric television programming (chiefly Jersey Shore and The Real Housewives of New Jersey) gets a particularly memorable once-over via references to Teen Wolf and innumerable protect-the-town plots; in “You Have 0 Friends,” the virtual shared space of Facebook gets reimagined as the cybernetic battlefields featured in the original TRON. The standalone episodic nature of most animated series—a stereotype that Parker and Stone exploit and upend with relish on a consistent basis—serves as a huge plus here, seeing as Parker and Stone only selectively adhere to narrative consistency. In fact, their more mundane episodes tend to be ones where they construct oversized multi-episode storylines, two of which appear in the 14th season.

For their 200th episode, the creators conflate dozens of their past storylines and jokes into a two-episode junk plate, centered on the admittedly ridiculous censoring of the show’s depiction of Muhammad by their corporate overseers. Parker and Stone’s apparent frustration and moral outrage over the situation is just, but the episode’s humor runs out of steam not long before the reappearance of Mecha-Streisand. Their other extended storyline, returning to Cartman’s Dark Knight-inspired Coon character and melding it with elements of My Neighbor Totoro and A Clockwork Orange, elicits bigger laughs through its spot-on jabs at British Petroleum and its president, Tony Hayward. Nonetheless, in this case, the plot grows stale, and its treatment of Kenny’s origin story, though clever enough, only validates the essential meaninglessness of most origin stories, and yet takes up a large percentage of the three-episode arc.

The amount of laughs overall has negligibly diminished since the 11th season, but the show remains aware of its ace in the hole. Now inarguably one of the most distinct and wonderfully malleable creations in the history of television, Cartman powers episodes like “Poor and Stupid” and “The Coon” trilogy and is a key presence in the season’s best episodes, “It’s a Jersey Thing” and “Medicinal Fried Chicken.” The creators get plenty of mileage out of the pudgy, anti-Semitic fourth-grade warmonger, whether through his cowardice, his gluttony, his conniving nature, his essential immaturity, or his overgrown self-importance.

Of course, self-importance is one of Parker and Stone’s favorite targets and they go as far as to lambaste those who graft social importance onto their work in “The Tale of Scrottie McBoogerballs,” though that particular episode works more as a showcase for how animated depictions of vomiting have advanced over the years. Indeed, the entire 14th season stands as a strong display of the technical advancements the show has undergone, even if the show’s durability isn’t exactly what it used to be; it would be tragic to watch the show go into a holding pattern of disposable mediocrity a la The Simpsons. When she appears in this season, Mecha-Streisand can be seen in greater detail than in her first incarnation and is unveiled like one of Michael Bay’s Transformers, but after watching her duet with Neil Diamond, one might find themselves yearning for the simple, crude charms of colored cardboard and the playful Godzilla parody that helped launch the series over a decade ago.

If the quality has admittedly dropped in South Park’s wicked humor, one certainly can’t find much fault in the show’s technical advancements, unless they’re radical purists. The gorgeous 1080p transfer does a great job of retaining the show’s bold and ubiquitous use of color, and depicting the show’s great sense of detail with utmost clarity. The show is aesthetically flat, but it picks up textures beautifully and features only some barely noticeable instances of banding and aliasing. The sound mix is transferred with similar expertise. Songs written and/or sung by creator Trey Parker are well-balanced with tremendous sound effects (Mecha-Streisand, Cartman, and Cthulhu’s worldwide rampage) and Parker and Matt Stone’s often outrageous dialogue. Even the minor episodes (“Crippled Summer,” “Sexual Healing”) are bolstered by how they look and sound.

Like most seasons before it, the Blu-ray packaging of the 14th season of South Park features very little to speak of in terms of extras. Parker and Stone’s so-called mini-commentaries for each episode are largely disposable, though that very well might be on purpose. Some of the included deleted scenes are funny enough, though it’s obvious why they ended up here. Also included: an episode from the 13th-season, “The Coon,” which factors into a three-part episode in the 14th season.

With its 14th season, South Park has dipped in consistency, but nevertheless remains one of the more rewarding comedies on television, and its technical advancements shine on Blu-ray.

Blu-ray Review: Jonathan Demme’s Something Wild on the Criterion Collection