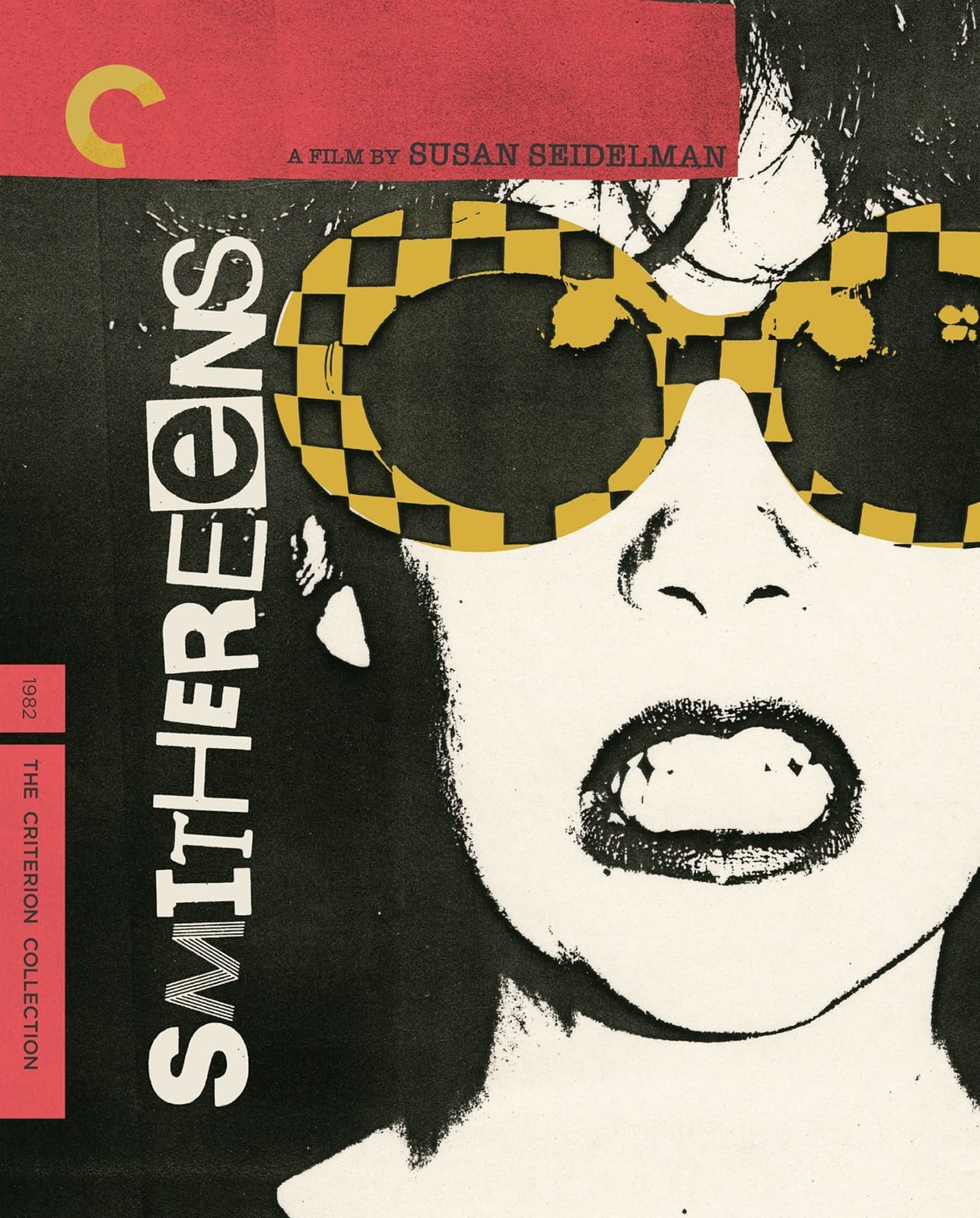 The irritating and contemptible central character of Susan Seidelman’s Smithereens, Wren (Susan Berman), is one of the most vivid heroines in the pantheon of 1980s cinema. She’s a paean to the struggle of the creative impulse: demanding to be heard and recognized, and frustrated with the process of making something that’s worthy of being recognized. This privileged Jersey girl roughing it in the East Village is a mooch and a compulsive liar, maybe even a narcissist: She skims off her copy-shop employer by making Xeroxes of her face—with the words “Who is this?” printed on them—that she then plasters around Manhattan. She longs to be a scenester among creative bohemians, but she’s not an artist who creates anything of value—and yet she is creating herself. If Wren fails in this endeavor of self-sculpting, Seidelman and Berman make her torturous struggle to answer her own self-advertising flyer absolutely enthralling.

New York’s scenesters may not care to know who Wren is, but Paul (Brad Rinn), a young artist from Montana who sees Wren paste her picture up on the subway, is spellbound, pursuing her to his detriment. Wren is a hot mess, eschewing decency or responsibility in her own dogged pursuit to be part of an exclusive crowd. At one point, she hurriedly bypasses a line of people hoping to get into a punk club and when the bouncer tries to stop her she flippantly says, “I’m on the guest list,” without looking back.

Wren looks the part of a punk in her fishnets and jewelry, but the shakiness of her voice and posture convey how she’s trying much too hard to be on that guest list. She’s averse to Paul’s emotional transparency, drawn instead to Eric (Richard Hell), a musician who effortlessly glides through the East Village art scene on his magnetism and looks. Rinn and Hell’s screen presences give Seidelman what she needs to explore how Paul and Eric play off Wren as juxtaposing characters: Rinn, like Berman, was playing his first film role, and it’s his unseasoned freshness that sells Paul’s sweetness as a naïve young man hopelessly crushing on a girl who doesn’t reciprocate his feelings. And Hell, already something of an underground icon as part of the bands Television and the Voidoids, is a relaxed and predatory scenester-as-crocodile, exuding dangerous unpredictability whenever he smiles.

Smithereens’s New York City is laid out like a post-apocalyptic wasteland, not unlike a dream Wren tells Paul in which the world has been “blown to smithereens” and people are still living on the debris, as if they haven’t realized that catastrophe has occurred. On the surface, Wren’s disclosure of her dream to Paul plays like she’s finally opening up to him, but as with everything she says, there’s a sense that she’s not being honest with him (she tells Eric a similarly apocalyptic dream earlier, and it’s an obvious maneuver to endear herself to him). The giveaway in her description of her dreamworld to Paul is using the word “smithereens,” which is the name of Eric’s band, and so even in laying a groundwork of intimacy with the gentle artist who listens to her, Wren’s words reveal an inexorable pull toward Eric’s destructive and apathetic aura. In this sense, the dream explains why Seidleman used the title Smithereens, as the film manifests the allure of degradation.

Seidelman, who studied fashion before filmmaking, makes the film a brutal collage of life, the fabric of which reveals a thread between day-job squares and wayward hipsters. A television in Eric’s apartment shows a preacher remarking how people convert to Christianity because of the choruses in hymns. A “ministry of music” applies dually to evangelicals and punks, two diametrically opposed groups woven in a similar spell by hucksters on stage. The haunting Feelies’s “Loveless Love” crawls on the soundtrack, quietly drawing us in before nervously exploding and virtually smothering the audience’s senses, wrapping us in Wren’s entrapment. Much more than a punk artifact, Smithereens is a landmark that showcases how the urge of self-creation and the seduction of reveling in self-destruction dance side by side.

Every image in Smithereens is fogged by grain. It’s an effect that gives the film its almost dreamlike texture, and it’s one that Criterion’s restoration is careful not to dispel. But any and all imperfections that you may have caught on bootlegs, even on FilmStruck as recently as last year, have been dutifully scrubbed away. Blacks are deeper, and colors have been subtly dialed up to an almost ebullient degree, but the film still looks unmistakably of its time. The uncompressed monaural soundtrack was remastered from a 35mm magnetic track and has been digitally cleaned up, and while it isn’t particularly dynamic, the minimal surround elements are well balanced and are evenly mixed with the more crucial—and never less than clear—dialogue.

The highlights here are a 2004 audio commentary by Susan Seidelman and new interviews with the filmmaker and actor Susan Berman. Seidelman and Berman get into everything from the troubling circumstances of the film’s production to the New York punk scene of the late 1970s and early ‘80s. At one point, we also learn that the presence of the Feelies on the soundtrack resulted from Jonathan Demme, a friend of screenwriter Ron Nyswaner, seeing an early cut of the film and suggesting to Seidelman that she use the band’s music. Also extraordinary is the story of how the film got to compete for the Palm d’Or at Cannes, leaping into the festival’s main competition after investors swooped in to help Seidelman transfer the film to 35mm. The commentary and interviews emphasize how the film is an important prelude to Seidelman’s subsequent Desperately Seeking Susan, where Madonna plays a variation on the Wren character. Rounding things out is a pair of early student shorts by Seidelman, 1976’s And You Act Like One Too and 1979’s Yours Truly, Andrea G. Stern, and an essay in which critic Rebecca Bengal analysis Smithereens and New York’s punk scene in marvelous detail, as well as includes quotes from interviews she’s conducted with Seidelman.

A seminal film that augurs our era of social media and self-branding, Susan Seidelman’s debut is a wonderful new entry in the Criterion canon.