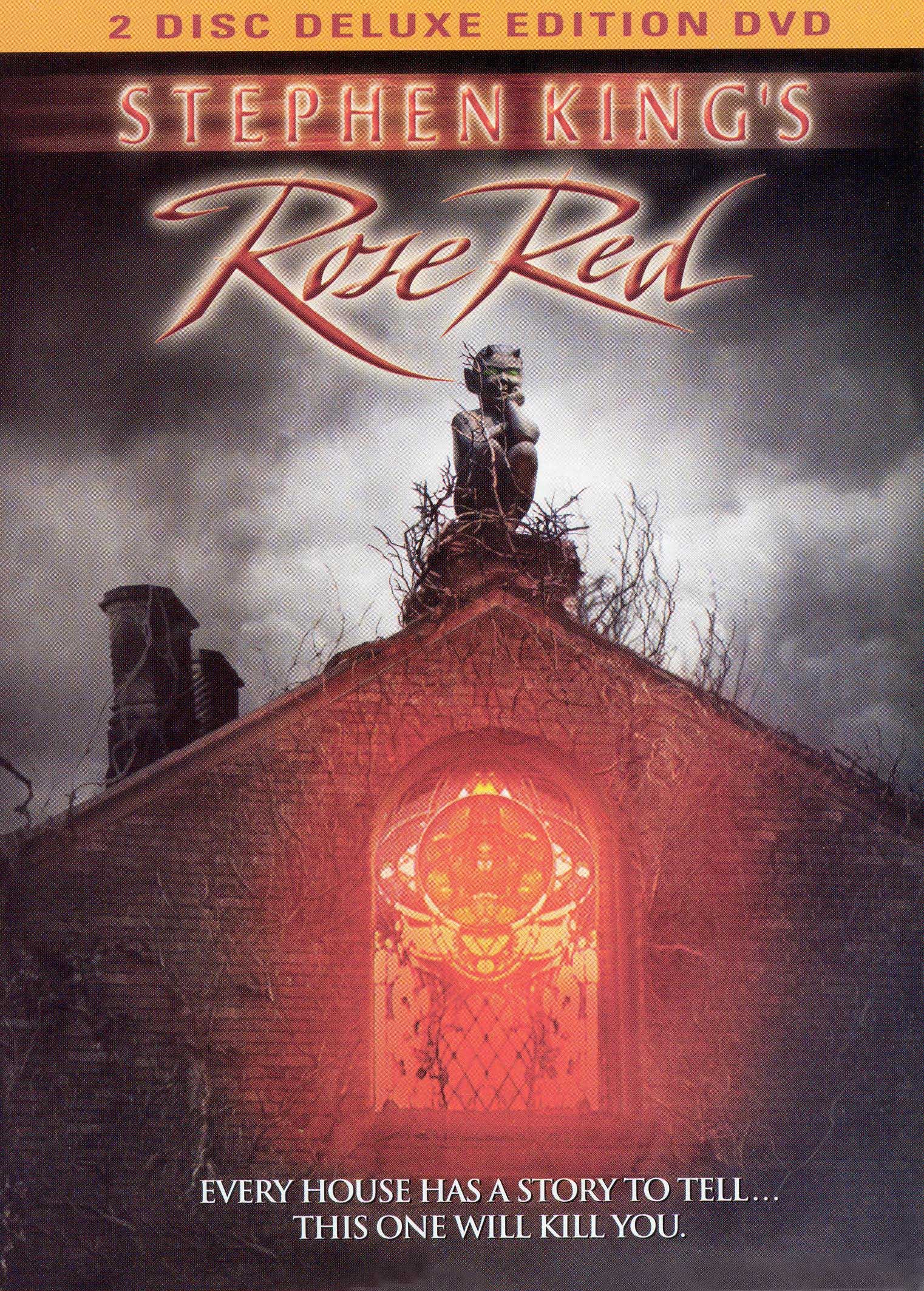 She always did treat the men different than the women. She killed you if you were a man. She merely sucked you inside if you were a woman. They say she was born bad though she’s just a “dead cell” nowadays. Her name is Rose Red, a faux-feminist haunted house in Seattle begging for visitors. Joyce Reardon (Nancy Travis), a cocksure professor from a local university, walks into Rose Red with a telekinetic Annie Wheaton (Kimberly J. Brown) and a readymade group of psychics and ghost aficionados. Rose Red is less a fabulous killer than she is fascinatingly in need of female companionship. Stephen King and director Craig R. Baxley take their time revealing Rose Red’s sordid past though it takes entirely too long to get the ghost-hunters to enter her spooky terrain. More palpable than the film’s scare factor (the “people proximity counter” set piece is the film’s highlight) is the awesome, often suggestive art direction: a red dress matches a red billiard ball; music emanates from a flower-cum-phonograph; and a woman must make her way out of a room with a floor made of water. For a six-hour miniseries, though, there’s not nearly enough sexual-awakening subtext or blood-splatter to compensate for all the dead air.

Cinematographer David Connell is television’s premiere cinematographer du jour (past credits include Moby Dick, Cleopatra and Storm of the Century). Rose Red is great to look at yet the film as a whole seems burdened by its too-noticeable use of visual effects (composites, miniatures and sky replacements). The transfer is smooth though the actual film is a bit on the dark side. The disc’s audio is especially noteworthy when Rose Red squeaks and rumbles whenever someone goes down one of her cavernous hallways. The Dolby Digital 5.1 packs a powerfully dynamic range.

Trimark’s two-disc Rose Red DVD comes with an impressive assortment of extras. Most notable is the production commentary with director Craig Basley, costume designer Craig Sterns and special effects supervisor Stuart Robertson. Sans commercials, Rose Red now runs a little over four hours. Kudos to Basley, Sterns and Robertson for not losing their breath along the way. Basley praises his actors, Sterns discusses the film’s period detail and Robertson mentions how he wanted to make everything believable. Also included here is a storyboard comparison of the film’s water-room set piece, a video special “Unlocking Rose Red: The Diary of Ellen Rimbauer” (much like the tome The Diary of Ellen Rimbauer: My Life at Rose , the truth of its origins remains uncertain), and an informative making-of documentary that covers everything from the restoration of the house featured in the film to actor David Dukes’s death during production.

A meaty DVD package for a somewhat less than unnerving ghost story. This one may be only for Stephen King’s most fanatical followers.

The Last of Us Review: HBO’s Video Game Adaptation Is All Flesh, No Bones

Review: Alejandro Amenábar’s The Others on Buena Vista DVD